Much warmer morning today:  43F when we started off.  Although clouds filled much of the sky at the beginning of our trek, we got a lot of sun to warm us sufficiently.  In fact, I took off one layer of outerwear when we stopped inside of First Arroyo.  Things began to cloud up more substantially on our inbound leg.

As we were hiking back on LDR a black passenger car was heading toward us, and we stood to the side of the dirt road to let it pass.  It stopped, however, beside the dumped items I mentioned in yesterday's post.  To our surprise, the man who got out of the vehicle opened his trunk and began putting those items inside.  We had to skirt the vehicle by walking off road, and as we passed the man's beautiful black Husky with sky-blue eyes  who stood up in the opened driver's-side window and stared at our Heelers.  Frio seemed especially aggressive to the calm Husky, and I had to pull him away.  Kate apologized to the guy for Frio's behavior, and the man said, "That's okay," while smiling.  There was a woman sitting in the passenger seat, but I never got a good look at her.

Not long after we passed them the car drove off to the north up LDR.  When we reached the CR-V I took two more photos of the beautiful sky before we headed home. 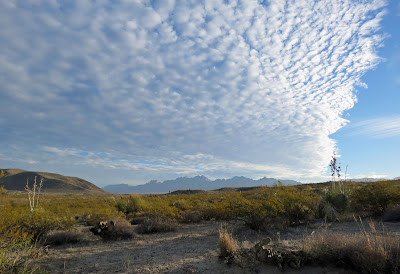 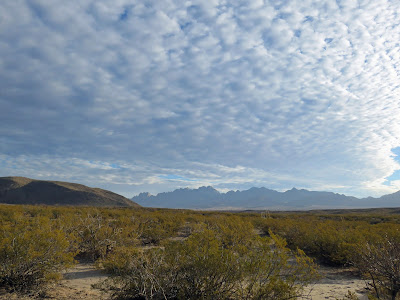 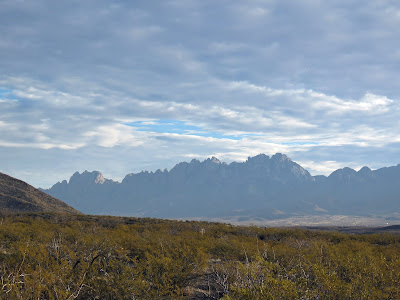 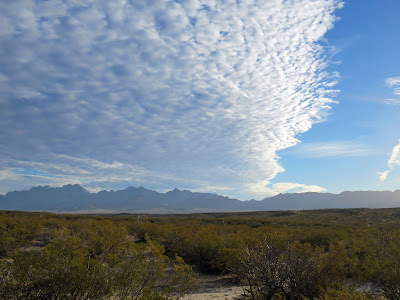 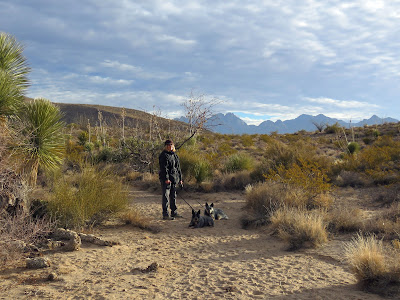 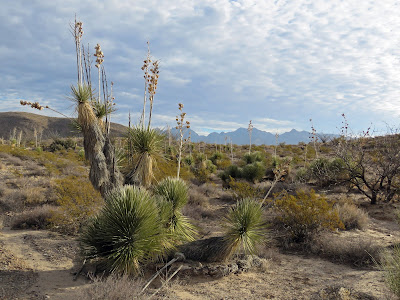 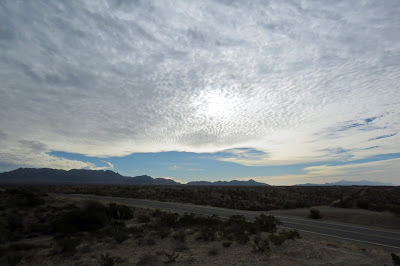 I love those last 2 photos you called Clouds Over Tellbrook.