Not a good trek this morning.  Heelers were especially "pully."  Three times they made to pursue jackrabbits, and on one of those occasions I had to snap their leads to get their attention.

Small pesky bees pestered us almost the entire hike, the same one or two revolving around us while they angrily(?) displayed their annoyance at our presence.

And then the poo de grâce:  as we scaled the steep incline on LDR Willow lurched toward a pile of dog crap, but pretended to listen when I said, "No!"  A second later, though, she dashed over to mark the fecal matter, stepping into it full on with her back right foot.  I was forced to scrape her paw in the dirt and then empty a water bottle on it prior to getting into the CR-V.  It was then I noticed the deep purple bruise above the wrist on my left arm, incurred, presumably, when I hurriedly removed my daypack to get at the water.

All things considered, quite an outing today. 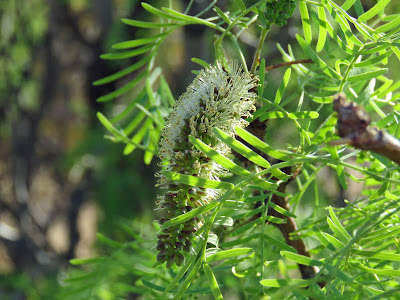 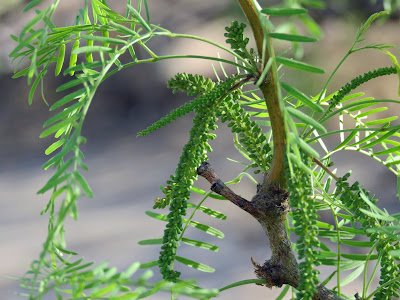 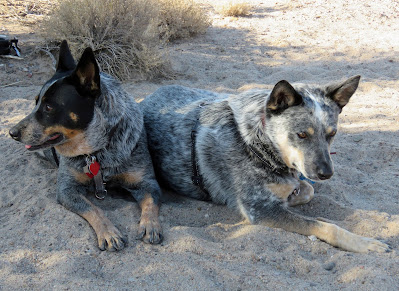 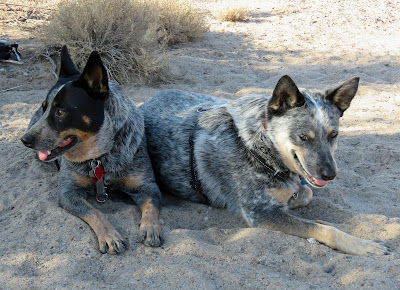 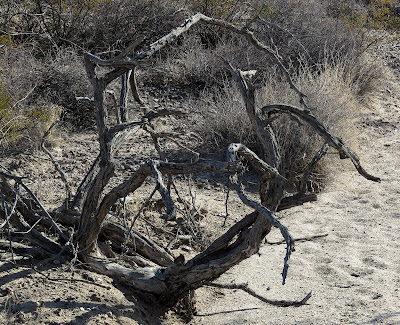 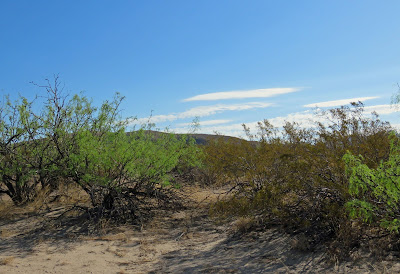 Considering your misadventures this morning, you were still able to take some good photos. I especially like the ones of the Mesquite blooms.