Almost Brutal Out There

Dr. K, Willow, Frio and I had to choose an alternate route this morning because a man hiking with his three loose dogs was close ahead on the trail we usually use.

Therefore we turned around on the upper flatland road, crossed Tellbrook Road and followed the dirt road on the south side.  For a brief while we hiked along a rough dirt road that led, eventually, down to Sonoma Ranch Road.

After a brief jaunt we did an about-face on the rough road and turned west at the intersection with the road that parallels Tellbrook.  The Heelers and I walked right past the small Sonoran Gopher Snake that Dr. K spotted.  I stopped to take several photos of it.  Later, when we passed the spot where the snake had been it was gone.

We cut the hike short because it was near brutally hot out there; fortunately we'd brought water along for both the dogs and us. 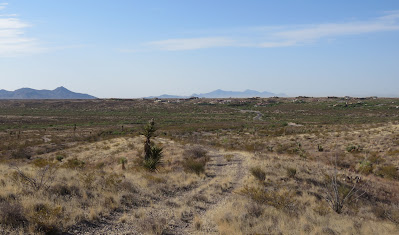 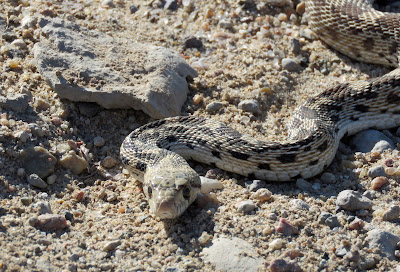 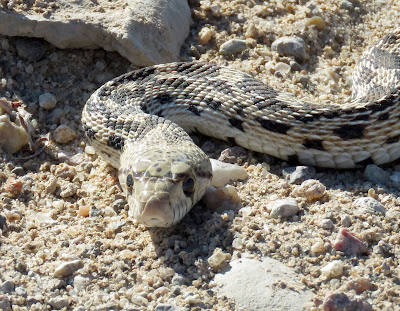 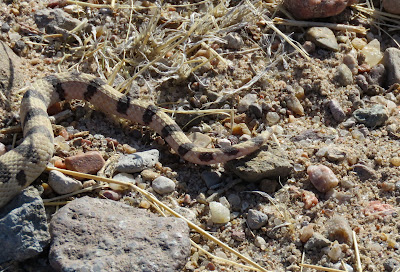 Good photos of the Sonoran Gopher snake. Even though it was a small snake and not dangerous, it still gave me the creeps. 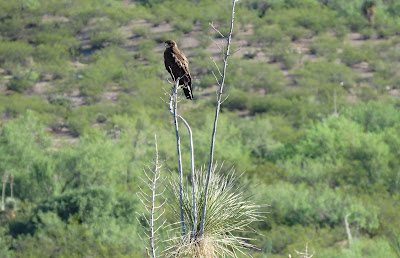