Becca and I did a hike on the far side of Tortugas Mountain this morning, and as soon as we reached the upper loop trail and started around the east side we encountered a biker approaching at high speed.  We stepped off the trail and let him pass.  I gave a friendly greeting as he passed, but he ignored me.  I was starting to grumble to myself about how rude some people are when we bumped into a very friendly older woman on the south side.  We spoke briefly about the windy weather before going our separate ways.  She temporarily restored my faith in human beings.  But the feeling won't last.

When we began our return to the trailhead we met three people and a dog who were heading the opposite way.  I put Becca on the lead and made her step off the trail to the left and gave her the "down" command.  She lay flat on the ground watching the man, two women and a beautiful dog.  One woman was holding the dog by the collar, and she said of Becca, "That is a very well-behaved dog."  Laughing, I said, "Sometimes."  The other woman said, "What a good dog."  And the man said, "Very impressive."  The other dog had gotten loose, and started to come around to Becca, but the man got in the way.  I said, "It's okay," meaning there would be no problem if the two dogs met; but the woman--presumably the pet's guardian--said, "She's not supposed to do that."  Then the woman said, "Have a nice day," and I echoed the sentiment.

I have to admit I felt pleased with Becca's behavior, and it was nice for her and for me to receive such an earnest compliment. 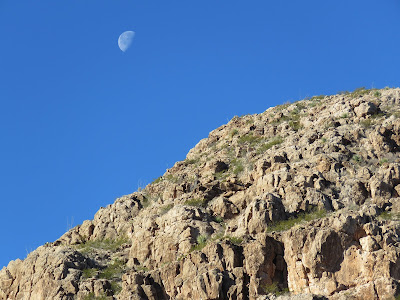 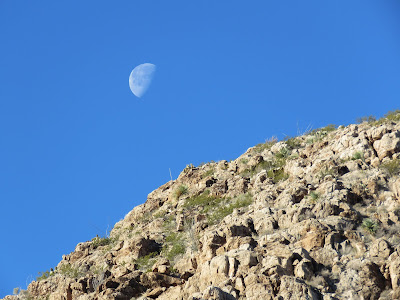 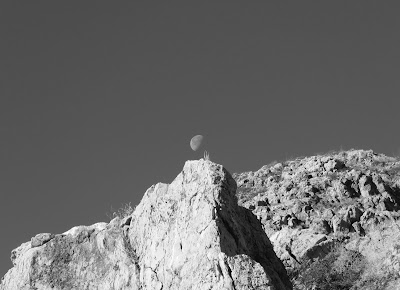 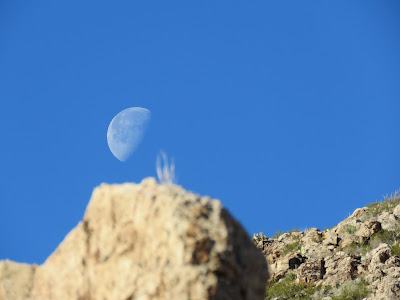 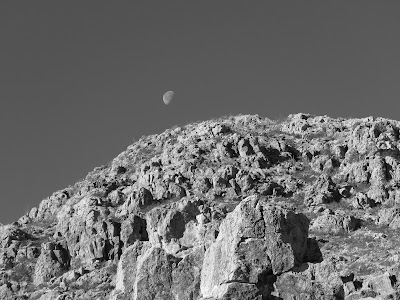 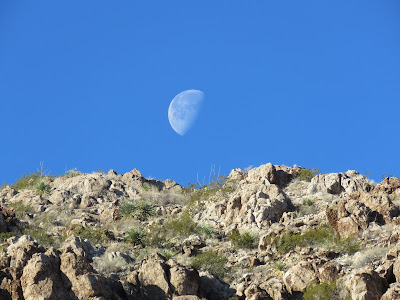 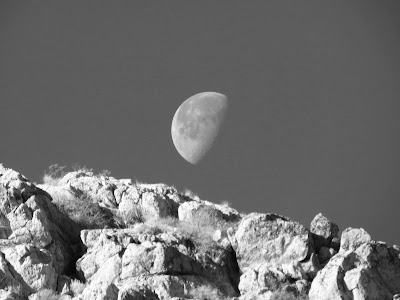 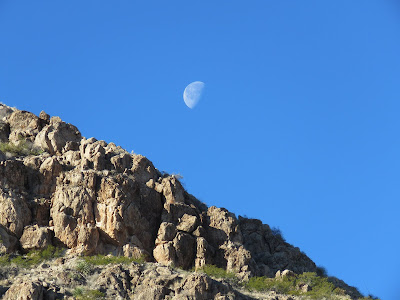 Nice photos of the cactus wren on the boulder. I really like the new look of your blog, Packrat.