A First: An Archer

It was cooler this morning out in the desert so the Heelers and I decided to extend our hike.  We did a little more bushwhacking than originally planned, but we saw some gorgeous sights in the process.

On the way back, as we hiked down the long dirt road, we noticed what, at first, looked like a black dog in the middle of the road.  As we approached I could see it was a black box; and beyond the box I saw the lifted rear door of a large white SUV.  Not long after that we spotted a man standing in the road looking our way.

As we passed the box--white on the side with a prominent target--I said to the man, loudly, "What's this?"  He said, "Target for bow and arrow."  He then told me that he placed the target there so he could spot anyone coming for hundreds of yards.  I felt reassured that he was being cautious about target practice.  When I asked what kind of bow he had, he went to his vehicle and extracted a black bow that had all the bells and whistles on it:  cams, scope-like sight, multiple strings, etcetera.  He told me it was brand new.  It was a far cry from the long bow I used as a Boy Scout.  When I mentioned that I used to target practice with the old device, he said many people were going back to long bows because the technologically advanced new bows were simply too accurate.

Both Willow and Frio were well behaved as I stood talking to the man, though Frio had to let out a few customary barks in order to keep the universe aligned properly.  As the Heelers and I made our way to the waiting CR-V we could hear arrows thudding into the cardboard box target. 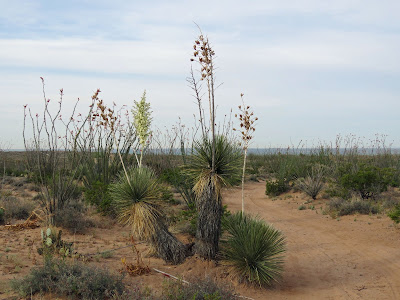 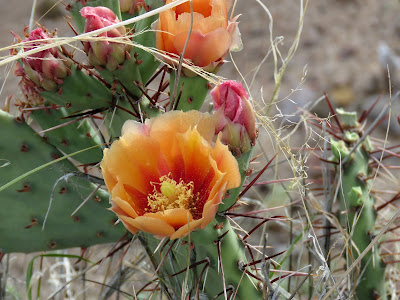 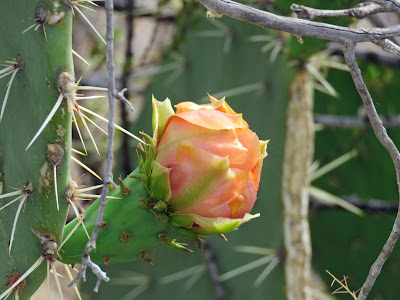 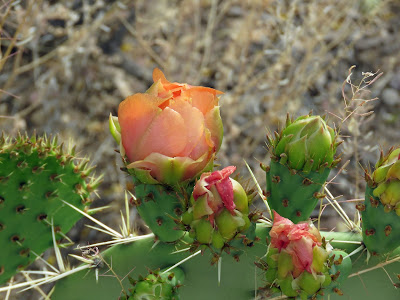 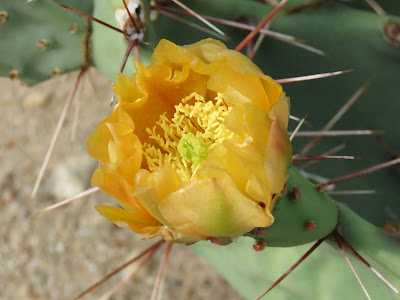 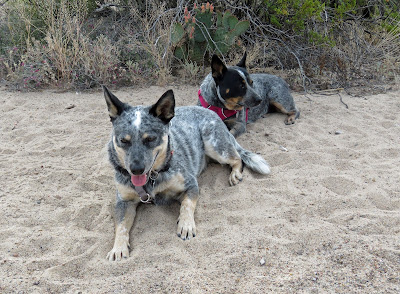 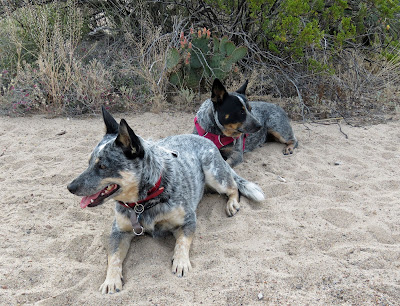 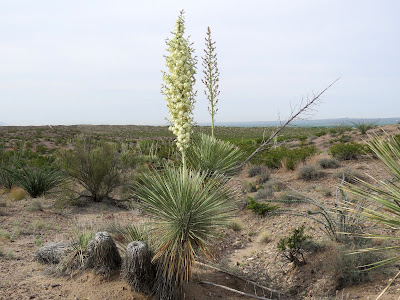 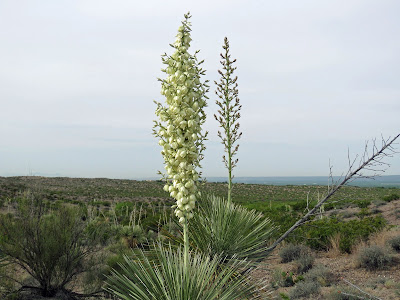 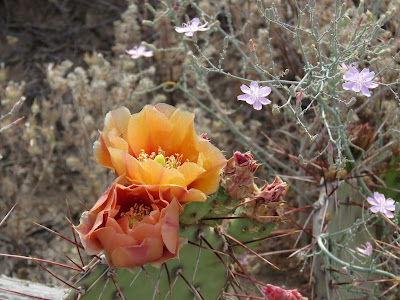 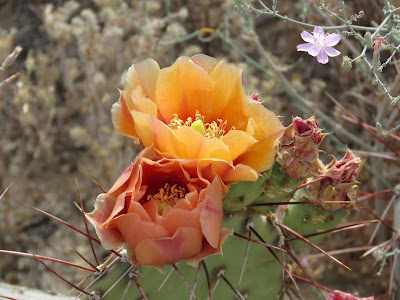 Gorgeous photos of the Prickly Pear flowers, Packrat. Some of your best ever. Those heelers sure are cute.