We awoke this morning to a light dusting of snow in the Chihuahuan Desert at about the 4,000-foot elevation level; I doubt it was much more than half an inch.  The Organ Mountains, of course, got more, which was evident during our hike today.

We trekked up to Second Arroyo, entered, stopped for water and a few photos, and then bushwhacked across to First Arroyo.  We exited the arroyo at the intersection with LDR and followed it back into the upper flatland.

We saw nobody else out there today, not even a stray jackrabbit.  Good thing, too, because I would have tried to photograph it.  As it is I took 88 photos, the exact number I snapped yesterday.  Dr. K was exasperated with me.  :) 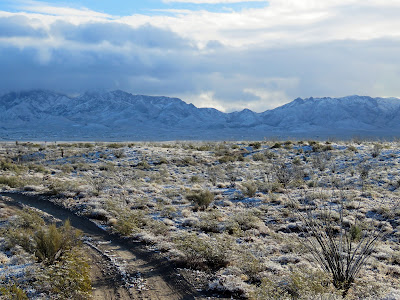 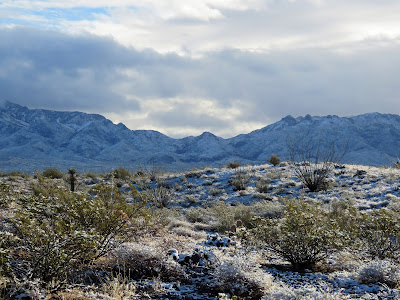 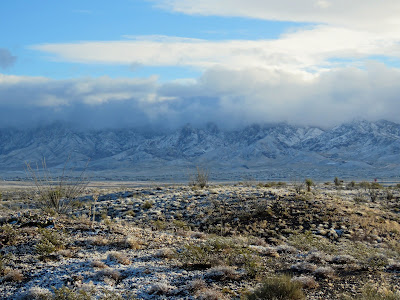 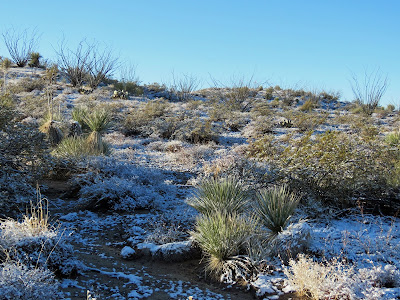 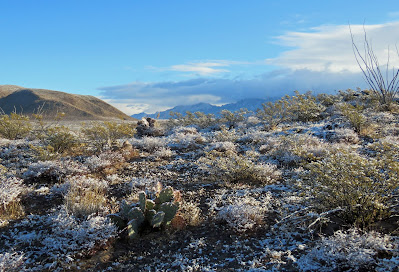 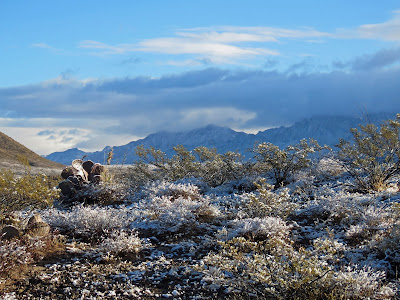 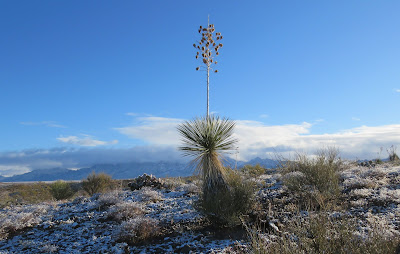 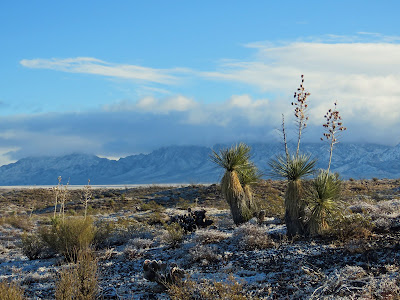 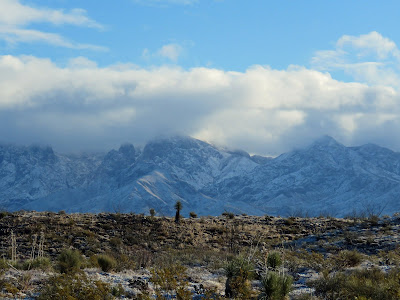 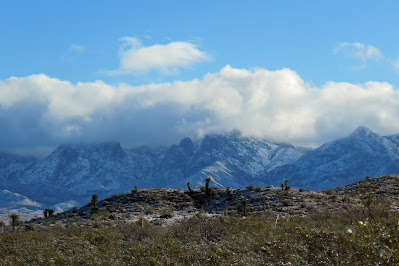 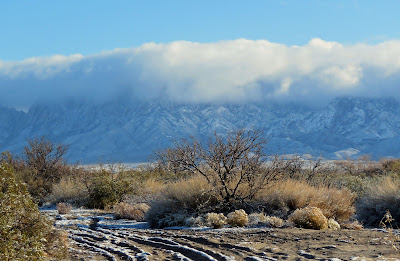 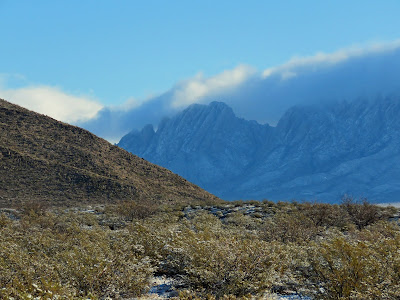 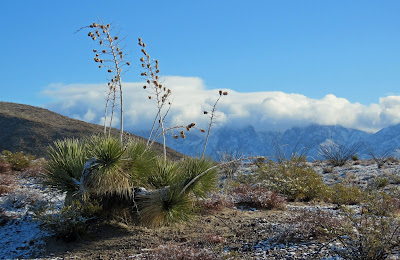 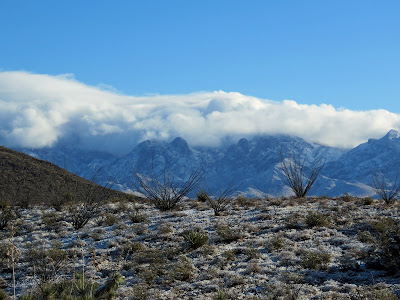 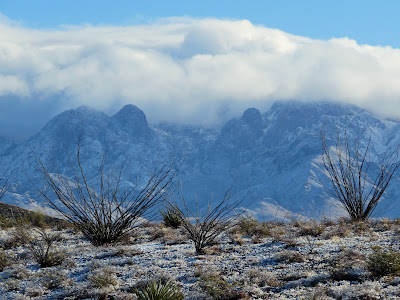 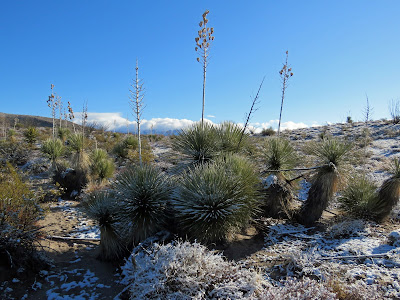 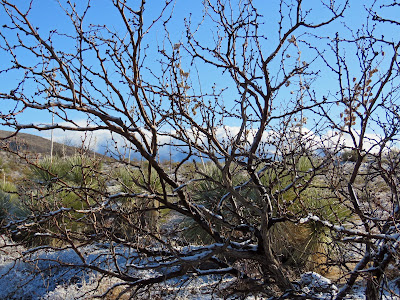 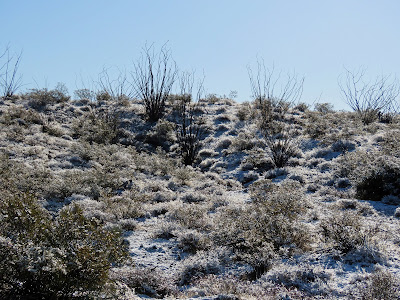 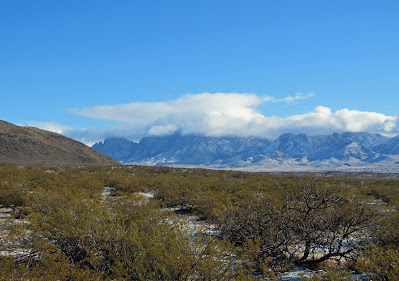 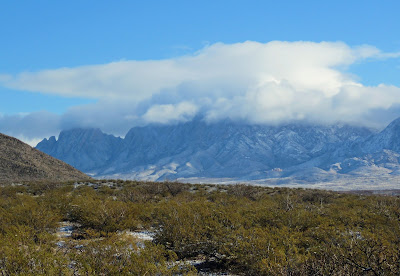 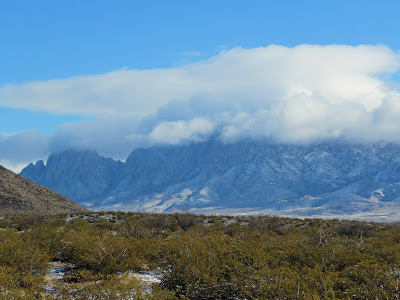 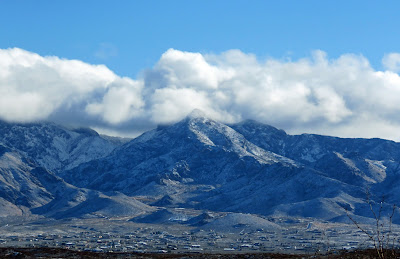 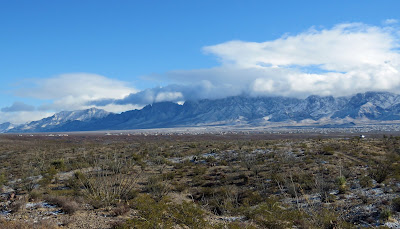 These are beautiful photos, Packrat. It was worth stopping all of those times so you could get these images of the snowy desert.

This & next:  how green is our desert? 73F when Dr. K, Willow, Frio and I set off on our trek this morning; fortunately weather conditio... 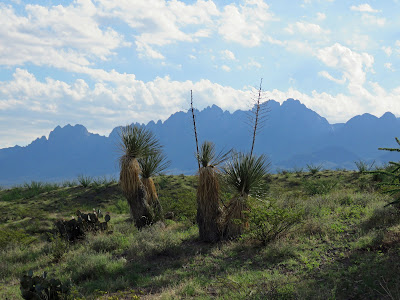