Pleasant hike with Willow and Frio down LDR-A and partially up LDR just north of the Tellbrook Arroyo where we headed west on the small trail through the desert.  Upon reaching the new arroyo we followed it north to the point where it insects with LDR.

We turned south onto LDR and followed it back to the upper flatland where the CR-V was parked.  Although there were more than seven vehicles parked in the corner lot at Tellbrook and Sonoma Ranch we saw no one in our section of the desert.

Both Heelers were well behaved today, but rather rambunctious, picking up animal scents everywhere and constantly pulling in opposite directions. 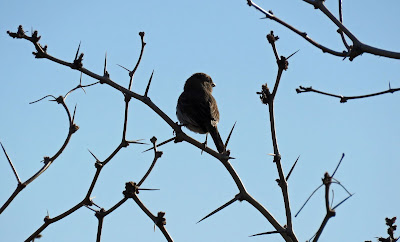 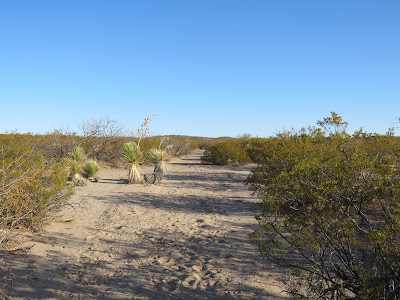 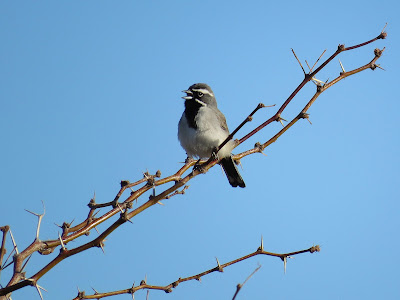 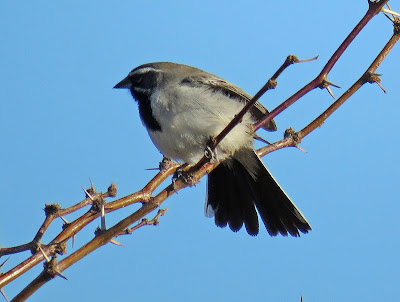 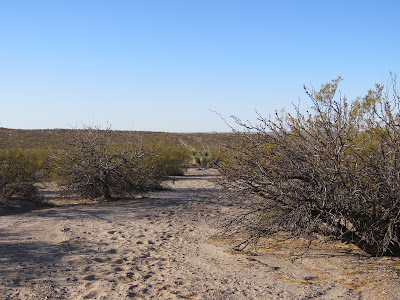 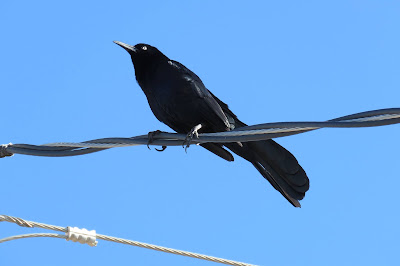 Beautiful photos of birds that you and the dogs saw this morning. I especially like the ones of the Grackle.