I felt fairly certain Frio, Willow and I would get spit upon this morning, but it turned out a bit worse for us.  It was sprinkling when we crossed the Tellbrook Arroyo and began following the single-track west through the desert, but as soon as we reached the new arroyo the rain started coming down fairly hard.

I had managed to take a few photos before the precipitation got heavy, but after I slipped my camera case into its protective cover I never took it out again.  We were all pretty wet by the time we got back to the CR-V in the upper flatland. 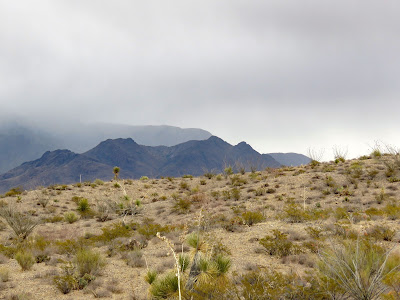 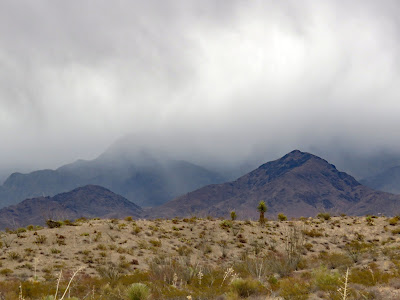 Beautiful photos of the ocotillo flowers and the Desert Cardinal.