Willow, Frio and I hiked up to the southernmost dirt road this morning, turned east and followed the road until we hit an intersection with an animal trail I used to travel frequently with Becca.

The three of us were up on the ridge south of Second Arroyo when it began to sprinkle.  The coming storm was clearly visible breaking over the Organ Mountains in the direction of El Paso.

Suddenly it was upon us, and the precip came down hard and heavy; we made our way down the ridge to LDR where we turned south and hurried as quickly as we could.  I've never been in that area during such a heavy rain, and I was surprised by the rivers of water flowing down the dirt road.

The rain let up a bit near Tellbrook Arroyo, but picked up hard again as we were ascending the steep grade to the upper flatland.  First thing the Heelers did upon entering the back of the CR-V was shake off thoroughly, thereby wetting the entire interior of the vehicle. 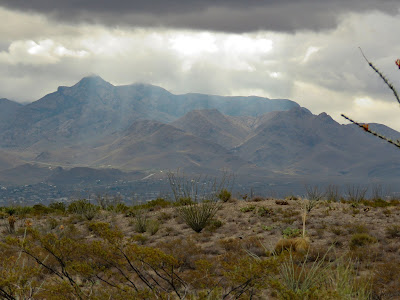 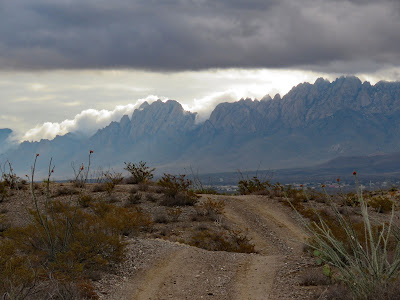 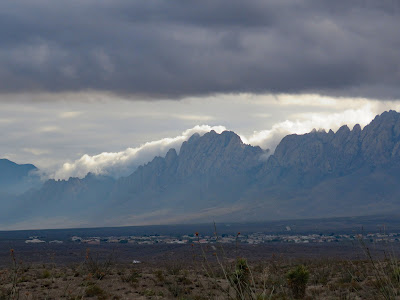 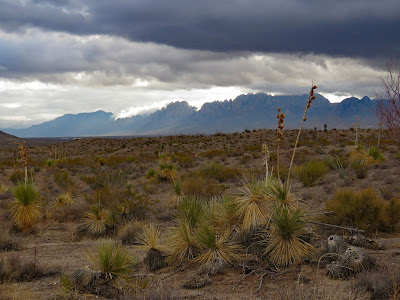 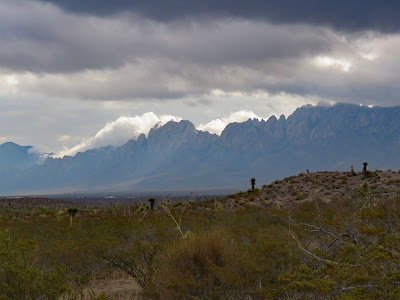 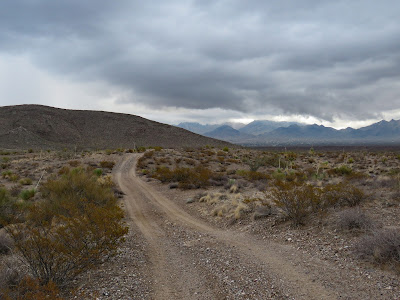 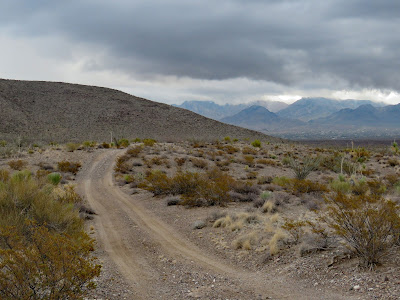 Beautiful images of the impending storm. The three of you really got soaked.