Willow Frio and I weren't so lucky on our morning trek today; the sun shone brightly, the humidity was high and there wasn't a whisper of a breeze.  Nevertheless, we hiked up to Second Arroyo, took a shade and water break inside, and then headed back.

I chose to return via LDR-A because I'd seen some Nipple Beehive Cacti that seemed on the verge of blooming fully, and I hoped that if we got back to them after our outing I might catch the blossoms open; it wasn't to be, though.

I'd like to say we saw nobody else during our explorations in our section of the northern Chihuahuan Desert, but as we exited Second Arroyo we encountered the woman we see fairly often running with her dog.  Frio was well behaved, only barking once at the joggers, but Willow was incredibly bad, lunging, barking and snarling at the two.  And then she pulled incessantly on the way back as she tried to inhale the scent of each and every paw print the canine interloper left behind along the way. 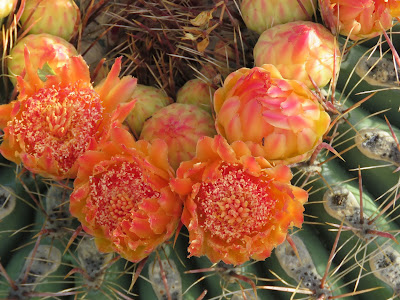 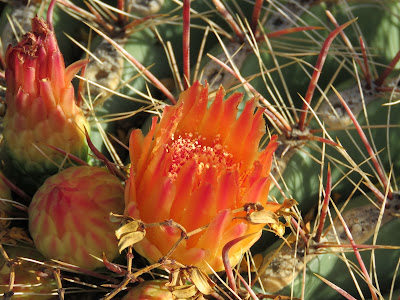 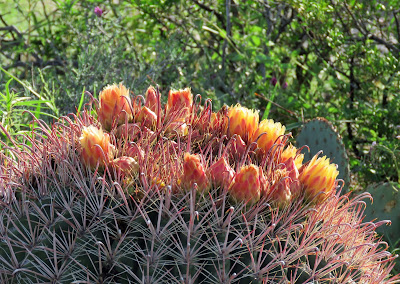 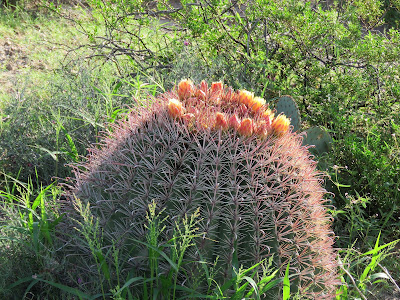 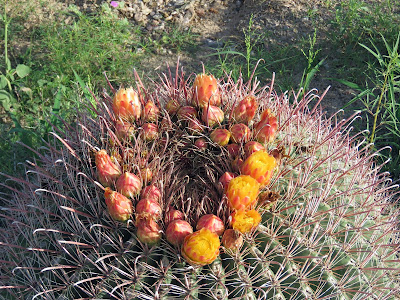 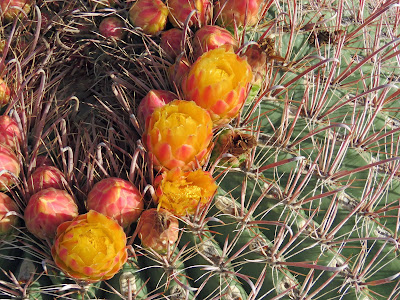 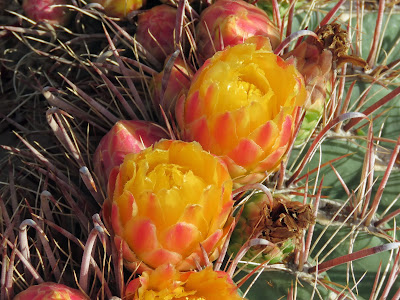 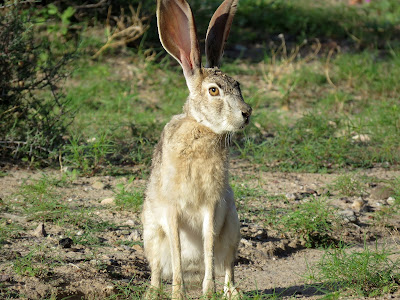 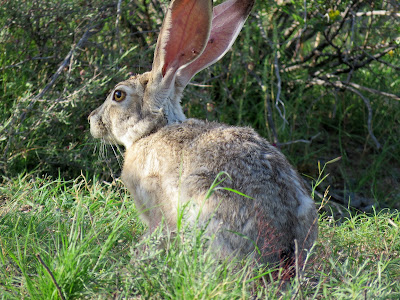 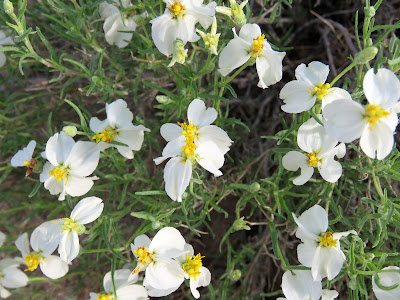 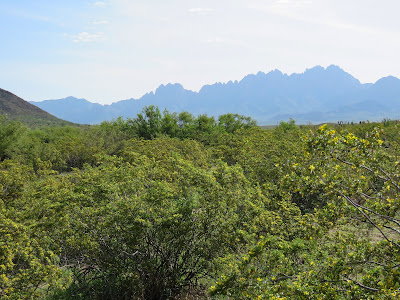 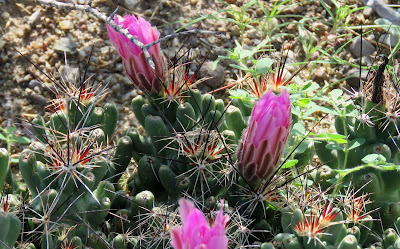 Gorgeous photos of the cacti you saw on your hike this morning. My favorites are the first two photos that you took of the Barrel Cactus.