Exciting times around the ranch this morning.  I took Willow for a deep dive into the forest east of our property seeking an easy route to a dirt road we've been meaning to explore.  We didn't find one.  What we did find was a black cat hunting for prey, and, a short while later, Fabian's new male Heeler, whose name we don't yet know.

Fabian's Heeler is a scamp, trying time again to mount Willow who was having none of it.  She got along fairly well with Scamp (we'll call him for now), and he followed us all the way back to the cabin before heading home.

Later I took Frio down our road to the junction with the yet-to-be-explored dirt road, and we headed up the steep climb until we reached the area where it leveled out.  Somebody is clearing trees up there, probably in order to build a house.  I kept thinking Frio and I might bump into Scamp on our return, but he didn't show.  He did show up after lunch when I took Frio up near the pumphouse to play ball.  He and Scamp were hilarious as they got to know each other, bobbing and weaving as dogs do, jumping on and over each other at times.  Despite the distraction Frio continued to play ball, which is one of his great joys in life. 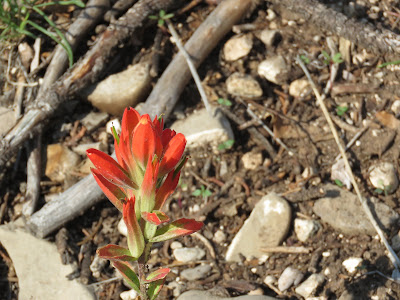 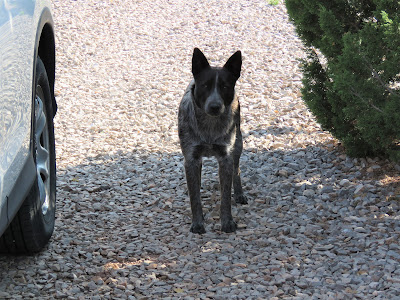 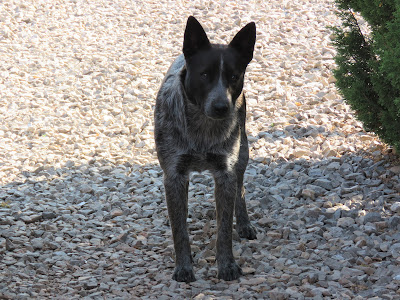 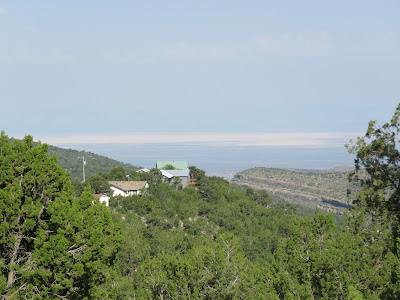 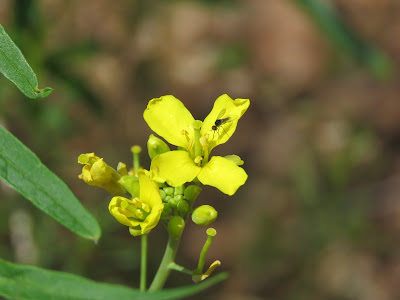 Lovely photos of the wildflowers. And it seems that Frio has a new buddy, Scamp.