Strangely warm and humid again this morning when Willow, Frio and I started off.  The day after Christmas and it's supposed to be 70F today.  Really weird weather.

We had to alter our route this morning because just as we were ready to depart the CR-V a white Jeep drove by, piloted by a young woman in camo; her male passenger wore camo, too.  They parked down in the Tellbrook Arroyo so we decided to do our hike in reverse:  we descended the steep hill into Right Branch Arroyo, trekked down to the intersection with the left, hiked up Left Branch Arroyo to its head and turned around.

I thought about going all the way to the east/west cross trail and then returning to the upper flatland via the LDR-A arroyo, but the people in the Jeep were still parked in the Tellbrook so we ascended Right Branch Arroyo to the upper flatland road.  To add distance to our trek today I walked with the Heelers south to Tellbrook Road and crossed the pavement to the other side.  After a half mile or so we turned around and made our way back to the CR-V. 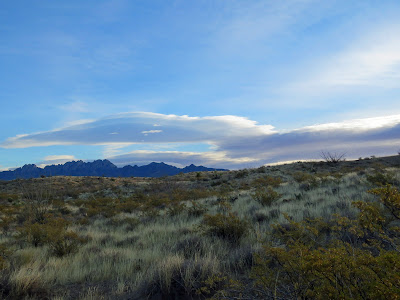 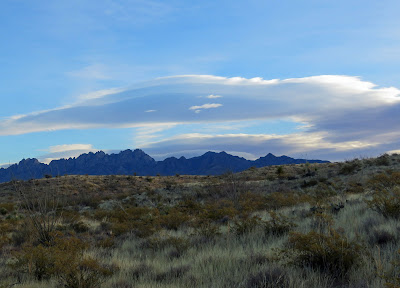 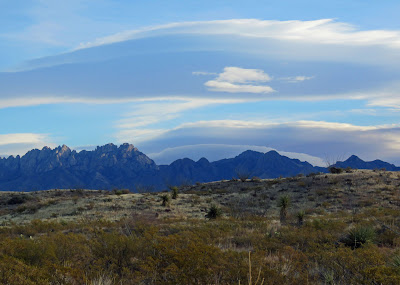 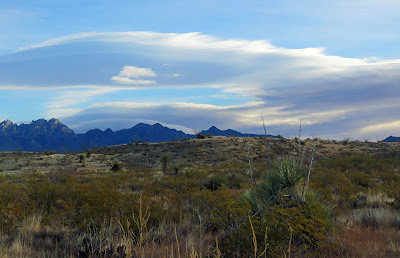 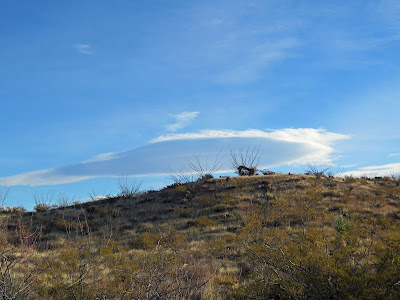 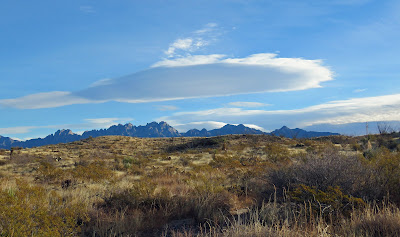 I like the photo you call Looking Away from the Mountains. The other photos, of the clouds and the mountains, are nice, too.