Early this morning, while Becca and I headed up the trail alongside the arroyo just west of Tortugas Mountain, I spotted a large Red-tailed Hawk atop a yucca.  It was obviously searching for some tasty rodent morsel to eat.  The raptor was quite obliging as I took maybe 20 photos before it flew away.  We had just started trekking along the upper foothills trail when a Coyote cacophony began to the west of us.  The canids were really close by, and it sounded as if there were five or ten of them.  In truth, though, as anyone who has ever heard raucous Coyotes barking, howling and yelping, a few can often sound like many; and, just as unsurprising, the nearby Tricksters you were certain you'd see simply never appear.  That was the case today as Becca and I had not even a glimpse of them.  Our effort to find them altered our course and led to an encounter with a Greater Roadrunner grooming itself in the morning sun and an American Kestrel who was hunting far west of Tortugas Mountain. 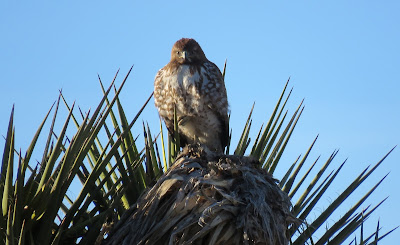 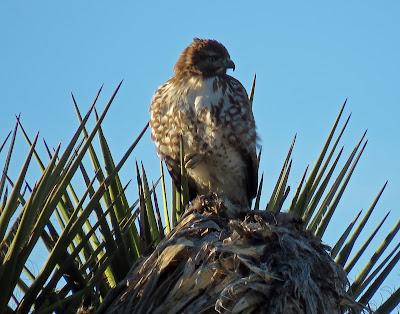 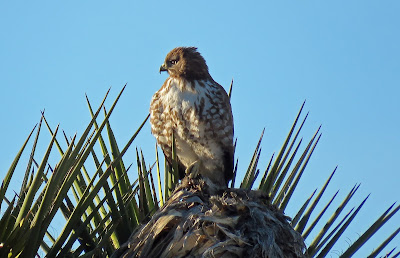 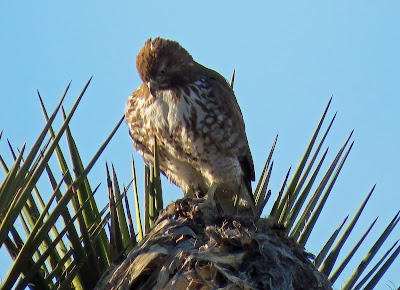