Dr. K, Frio, Willow and I went around to the far side of Tortuas Mountain this morning and did a hike departing from the Monte Vista area.  Two other vehicles were in the parking lot when we got there.  Not long after taking the south fork of the lower loop trail we encountered a woman walking with her leashed dog, the latter very well behaved.  (I don't mean to imply that the woman wasn't well behaved.)  Both Frio and Willow were good while the two trekkers passed by fairly close to the position we'd taken off trail.

We hiked the south side of Tortugas until reaching the small trail that cuts across the wide arroyo that flows from the west side of the Organ Mountain, crossed into the arroyo and hiked it back east until we reached a trail that leads out of the arroyo and rejoins the outer loop trail.  While heading back along the east side of Tortugas we bumped into a man and woman coming our way.  The Heelers behaved themselves while the other hikers passed, Frio letting out only a bark or two while Willow whined a bit.  Both dogs behaved fairly exemplary today.

When we got back to Whitey the CR-V our pal Jimmy was waiting near his Tacoma, which he had parked in front of our vehicle.  We had a nice chat with him about various subjects, all of us getting a kick out of Frio's behavior in the CR-V, where we'd left him and Willow to wait.  Frio hopped into the passenger seat, crossed over to the driver's seat and sat there for a good long while as if he'd decided he'd drive us home.  By the time we climbed into our vehicle to leave, however, he'd rejoined Willow in the rear canine compartment. 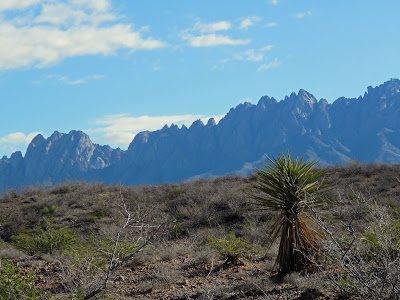 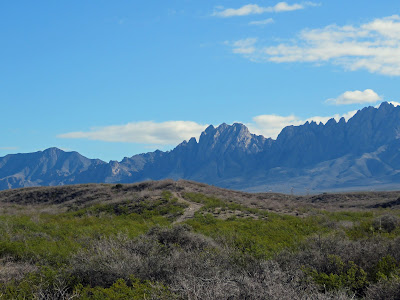 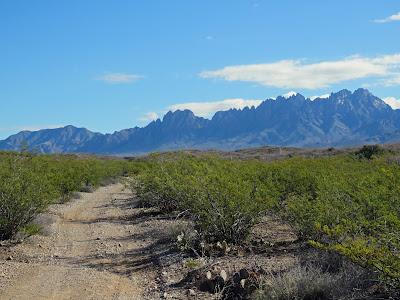 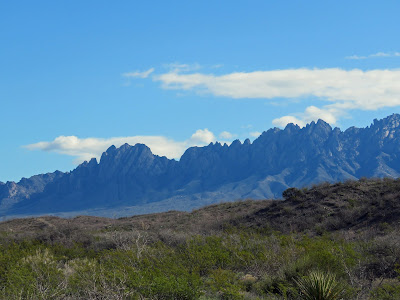 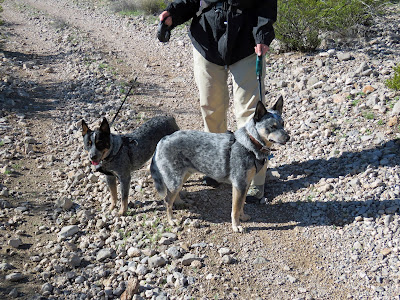 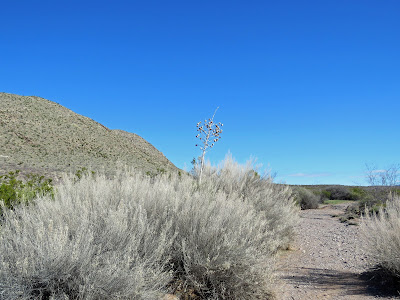 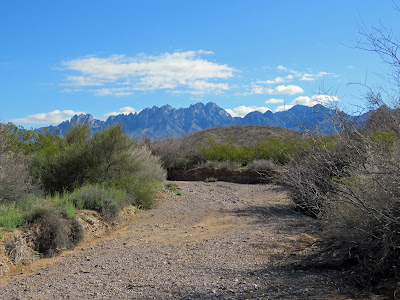 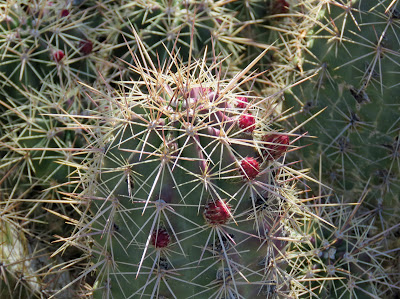 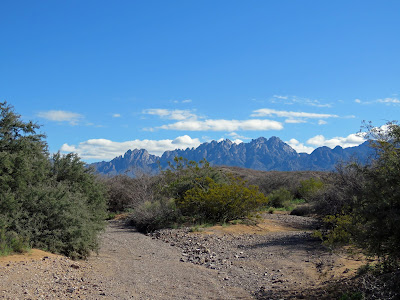 Beautiful photo of the Spectaclepod.