Dr. K, the Heelers and I started a hike on the trail that leaves from the westernmost Organ Mountains-Desert Peaks National Monument entrance sign off Dripping Springs road and had logged about a mile when a hiker we've encountered before said to us, "Watch out for the runners."  We had already noticed the red plastic ribbons tied around various plants marking the route.  We decided to head back to Whitey the CR-V because we didn't want to keep stepping aside for runners.

We drove back to the Monte Vista area of Tortugas Mountain, parked our vehicle along the entrance road and began a second trek east of the mountain.  Right off the bat we encountered a mountain biker approaching from the rear who gave a heads-up by saying, "Coming up on your right side."  Frio and I, Dr. K and Willow stepped to the left, and the guy went by, thanking us for moving aside.  The dogs were well-behaved; Frio only barked once.

We saw a guy and (presumably) his wife hiking the upper loop trail with their baby, and on the way back in we saw a man with a dog hiking the same loop; the guy waved to us.  Frio was very interested in the dog and gave a few barks, but I distracted him with a treat I employed in the "tease-and-draw" maneuver I learned when I took Becca to obedience school.  It worked well on Mr. Frio, who loves his treats.

One thing I learned about Frio during the last few days while carrying a treat pouch:  don't bend down to pull a thorn from his foot without first cinching the draw cord on the pouch.  More than once now I've discovered Mr. Frio's snout in the pouch nibbling on treats while I concentrated on removing said thorn. :) 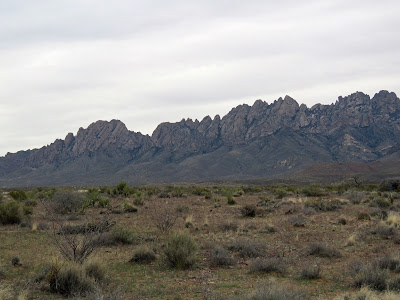 It's interesting to see the inside of the prickly pear and barrel cacti. Those javelina must have very sharp teeth.