Back to an Arroyo

Even though we're headed for a high of 105F today it was a tad cooler this morning, so Dr. K, Frio, Willow and I decided to do a longer hike than yesterday.  So we trekked up LDR to the second arroyo we've been exploring of late, pulled in and found a shady spot to rest and hydrate.

I took a few photos there, including several of a Verdin, one of North America's smallest songbirds.  Our Verdin wasn't singing much, but was flitting from branch to branch on a Soaptree Yucca flower stalk feasting, apparently, on numerous insects.

We started back after a brief respite, avoiding the oppressive heat due to an intermittent breeze that kept us from roasting; nevertheless, it felt great to get into Whitey the CR-V and crank the air conditioner up for the short ride home. 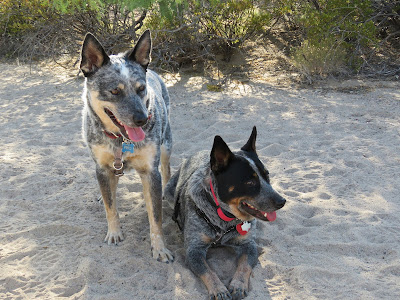 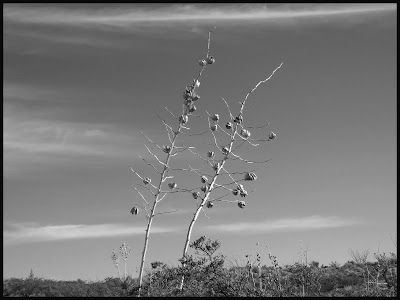 Interesting photos of the two different kinds of acacia.