We got an early start on our morning trek today, leaving from the dirt pullout near Tellbrook before the sun heated things up too much.  As it turned out, though, there was enough cloud cover to keep it relatively cool out there, and both Frio and Willow appreciated the lower temps, never once having to duck into the shade to cool off.

We hiked up to the second arroyo and trekked eastward along its length.  After a water break, Dr. K minded the Heelers while I did a little scrambling up a nearby rise in order to take some photographs.  After a brief stop we headed back to our waiting CR-V.

We didn't encounter any other hikers out there this morning, although we did see a few people coming our way up LDR when we were just starting off; we avoided them by taking LDR-A down to the major arroyo.  And when we were leaving for home a woman, a man and a white dog had parked alongside Tellbrook, got out and began hiking LDR.  The woman waved hello to us. 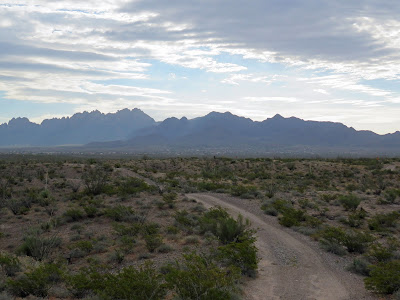 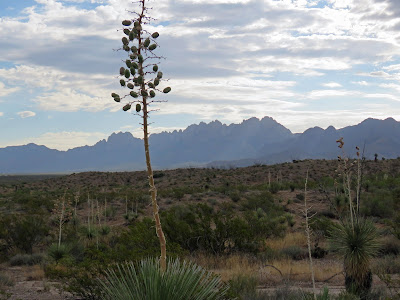 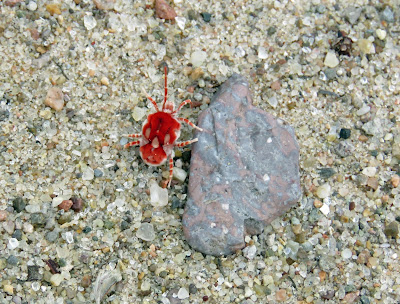 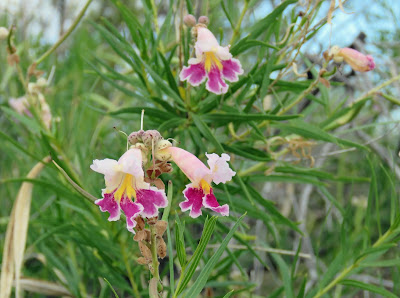 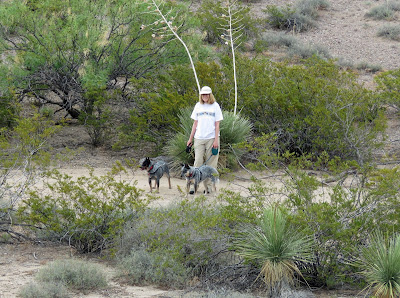