It was 63F with a stiff breeze when we started off this morning, and there was actually a slight chill in the air on this second day of September.  Ten minutes into our trek and the chill was gone.  The sun was blazing and the breeze had disappeared.

Right after we left LDR-A, crossed the major east/west arroyo and headed up LDR we had to step aside to let two guys in an ATV pass.  We all exchanged waves.

Then we hiked up to Second Arroyo, stopping inside for a brief water break.  I was already upset with Willow for pulling nearly all the way there, but when we got back to the east/west arroyo I became incensed with her behavior; that's because we came upon a lone dog standing at the far side of the wash, and both Willow and Frio went nuts, becoming very leash aggressive.  Unfortunately I was handling them both, and I had to restrain the Heelers with all my might.  The dog's human male companion showed up then and asked if he and his dog could run up the trail ahead of us.  Of course we agreed they should.

Since they went up LDR-A we had to climb LDR to get back to the waiting CR-V.  Both Dr. K and I were pretty ticked off at Willow's behavior, and we're putting our heads together to learn how to get her to change. 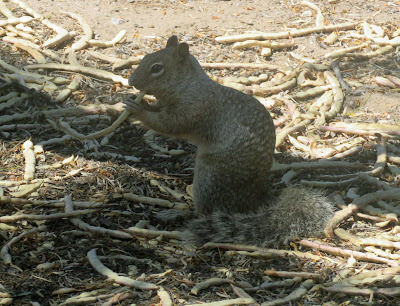 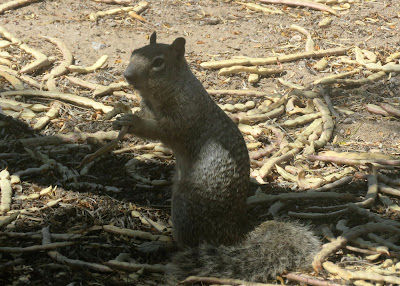 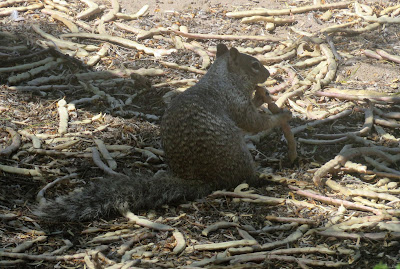 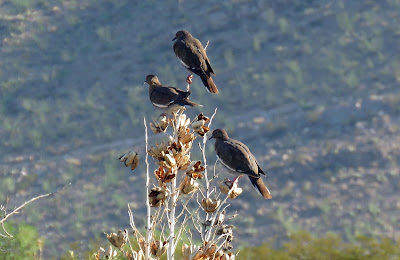 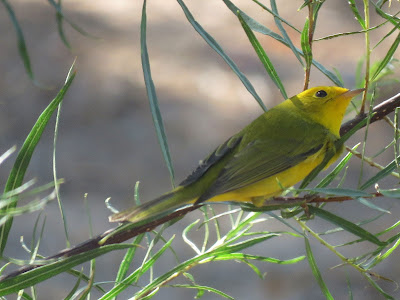 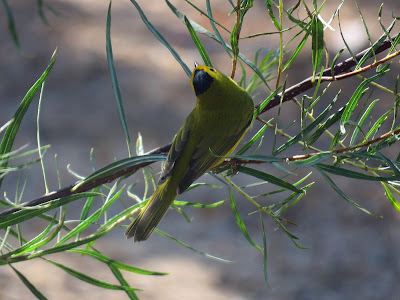 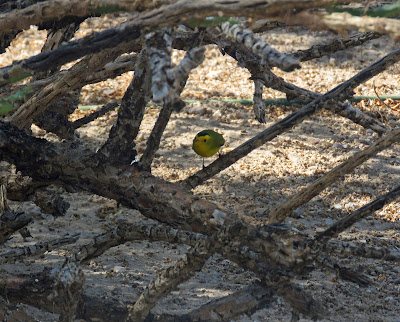 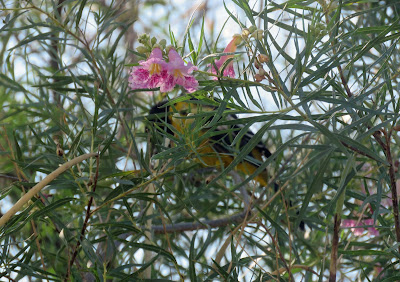