My weather app this morning claimed that the wind speed was 3 mph, but when we got out of the CR-V at the top of Tellbrook it was gusting above 10 mph at the least.  It abated fairly quickly, though.

The four of us trekked up to First Arroyo and back, thawing a bit from the chilly start when we began heading up LDR-A to the high flatland.  Good thing we chose the alternate route because a man and woman hiking with a white dog were descending LDR, and their pup was off-lead.  No close encounters of any kind, though, and that was fortunate.

They were the only outdoor enthusiasts we saw even though there were three or four vehicles parked at the lot at the corner of Tellbrook and Sonoma Ranch. 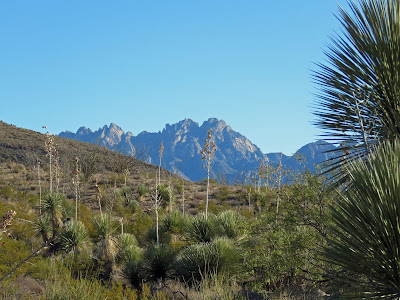 I really like the composition of the last photo--beautiful!