It was a little cooler this morning with a bit less stiff of a wind when we began our hike so we were about as chilled as yesterday's start.  The sun shone brightly, though, and the wind died a little by the time we reached First Arroyo where we stopped for a short water break.

Just as we crested the summit of LDR on our way back a guy came over the hill.  We got Willow and Frio to the side of the road, and Dr. K administered treats to our two curious Heelers.  The guy was friendly, and both dogs were very well behaved.  It wasn't until we reached the upper flatland that we realized we'd just said hello to Mr. Big Hat, whose Denali truck was parked on the far side of Tellbrook.  The reason we didn't recognized him?  He wasn't wearing his Big Hat. 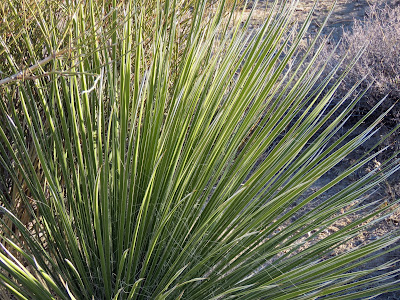 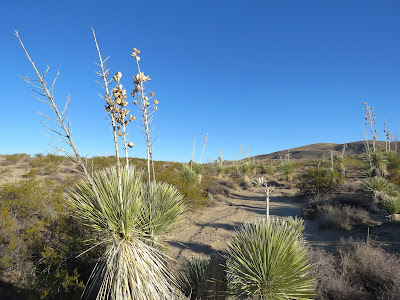 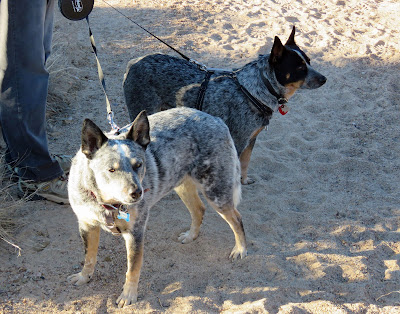 I like the photo of the Soaptree Yucca family.