For the first two-thirds of our morning hike the wind was a constant--and annoying--presence.  It made the 38F temperature feel much colder.  However, the brilliant desert sunshine had an ameliorating effect on conditions, and neither Dr. K nor I were freezing.  Later, during a water break in Second Arroyo, we did notice Willow shivering a bit.  Might have to find some outerwear for her.

We saw nobody during our outing today, though there were a few vehicles parked in the lot at the corner of Tellbrook and Sonoma Ranch when we first started off.  While hiking, Dr. K and I discussed the many December days characterized by strong winds, and neither of us could remember such a preponderance of windy days in the past. 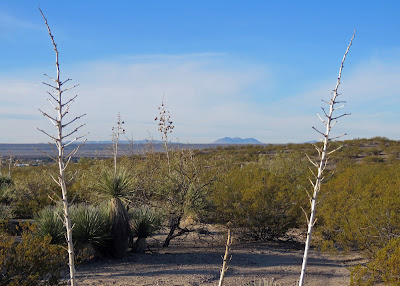 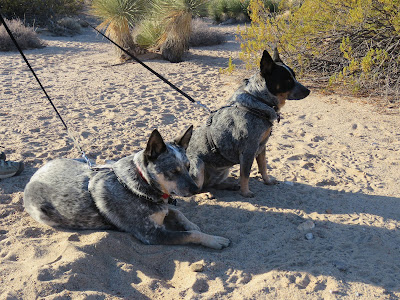 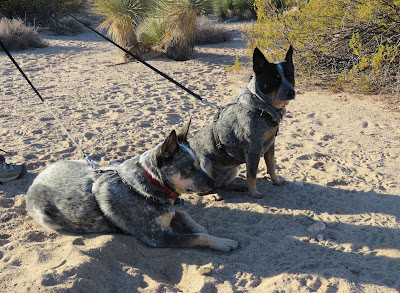 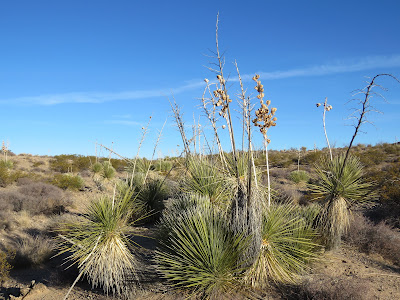 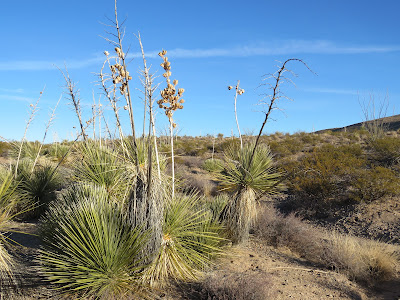 I like the photo "Yucca, strange cloud, Ocotillo." A windy way to start the week.