Took a really long hike with Frio west of Tortugas Mountain this morning, and I let him off lead for a longer period of time in the same area as the last two days.  He did even better today; I stopped frequently to take photos and videos, and he waited near me fairly patiently.

When we were far west of the mountain and just starting down a road that heads north to link up with another road that leads back to Tortugas we saw a guy and dog heading our way.  When we had closed the distance between us to about 50 yards I realized it was Rene and his pup Rayo.  Frio barked a few times, but Rayo, who was off lead, came right up to him.  Rayo and Frio already get on well, but Frio snarled at Rene, partially circling around him.  Rene pulled his treat bag out of a front pocket and said, "I'm going to buy his friendship."  He then extended a treat in the palm of his hand to Frio who gladly accepted it.  No problems after that.  Rene and I talked for a short while before parting ways.

Several days ago Frio and I had bushwhacked from the flank trail west to an area not far from where we found ourselves after the encounter with Rene and Rayo, and I decided we should bushwhack east through the same section of desert; to my amazement Frio was able to lead me back in the opposite direction even though we'd not headed that way before.  Our former dog Becca had an uncanny sense of place, and it seems as if Frio will have the same ability as well. 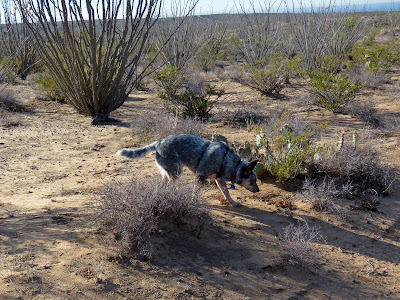 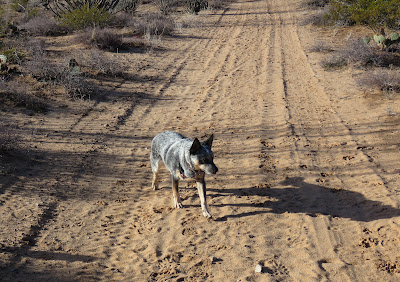 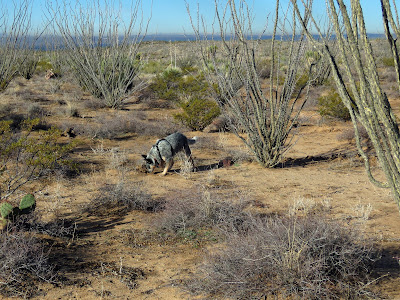 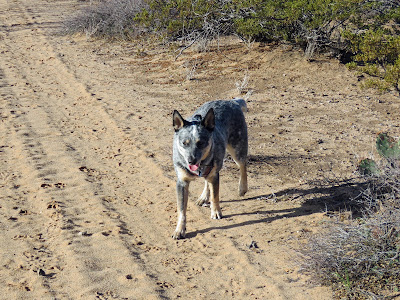 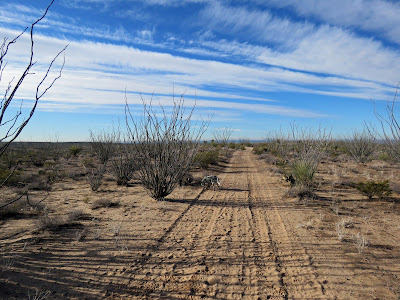 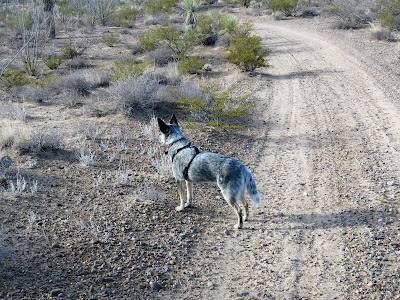 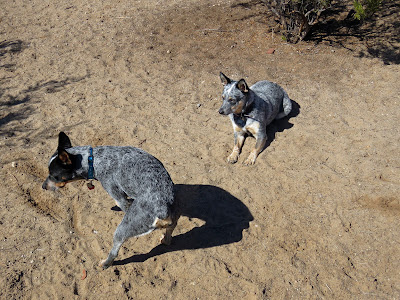 That Frio is an excellent navigator. Willow is looking good.

Frio has an excellent sense of direction, Scott. Willow will be out there with him shortly.

The last photo of Frio is great!

To say Frio is playful is the equivalent of saying the Pope's Catholic.