Becca and I got a really early start on our morning outing today, choosing to hike the trail just west of Tortugas Mountain past the run-down white shack near the mountain road all the way to the new trail.  We followed the new trail to its intersection with the old single-track on the west side, and then dropped down into the lower desert.  At the junction with the outer loop road we headed north, crossed through the major arroyo, and then took the eastern branch up a very steep hill to the road that leads behind the Lineworker program grounds.  As soon as we got up the hill I spotted the coyote pictured below; amazingly Becca never saw the Trickster, moving forward while I snapped countless photos of Mr. Canis Latrans.  He was very curious about us, but as Becca moved further away the coyote and I stood staring at each other.  He was a fairly healthy specimen, perhaps a bit on the thin side, which meant, to me, that he was a young adult.  He wasn't at all spooked by us, probably especially so because Becca had advanced so far ahead he didn't feel threatened by her.  It was hard for me to believe that my dog--all eyes and nose--hadn't seen nor picked up a scent from her distant relative. 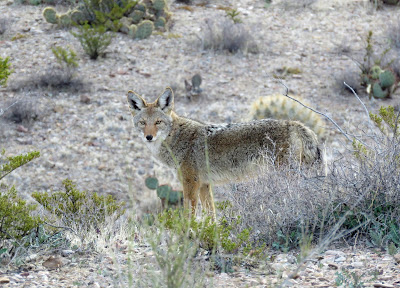 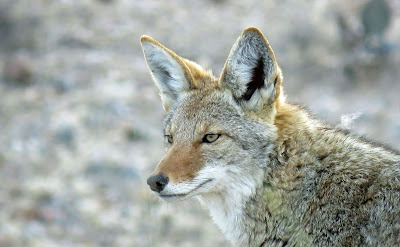 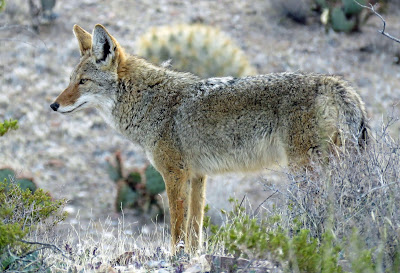 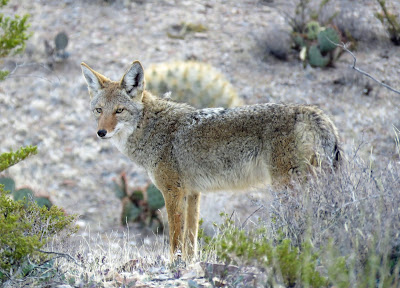 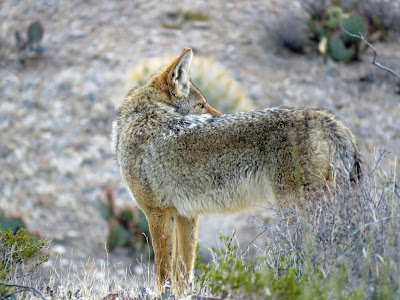 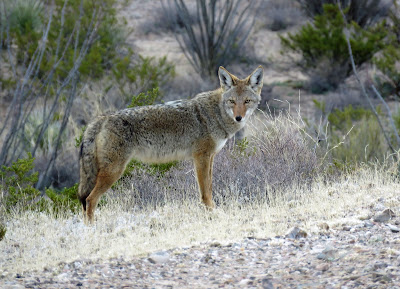 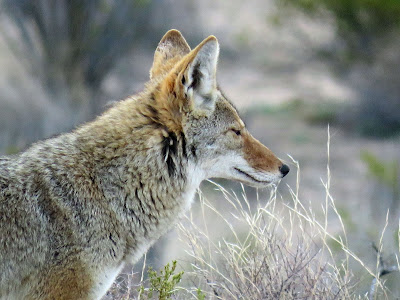 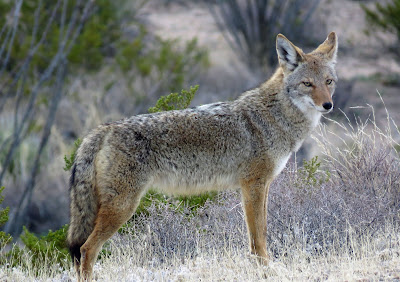 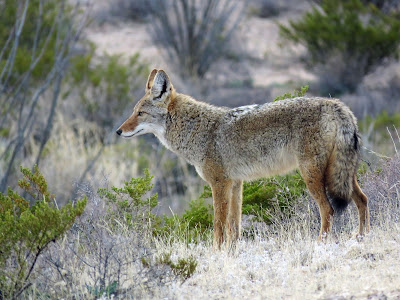 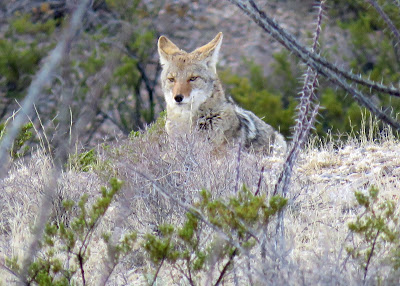 These are amazing photos of the coyote--some of the best I've ever seen, Packrat.