The campground at the lower Sierra Vista Trail was quite crowded when we got out there this morning:  five RVs, a van and several car campers.  We ran into nobody on our outbound leg, however, but we did have a distant encounter with a lone Trickster.  Becca saw him before we did, and both Dr. K and I had to scour the desert in the middle distance to see him.  He was watching us, though, standing for a bit, sitting and then lying down.  He seemed to be waiting, and our assessment was confirmed later when we heard the rest of his pack howling and yelping.  January to March is mating season for Coyotes, so we suspect he may have been hanging around in hopes of scoring. As we headed back to the main trail a lone hiker was trekking toward the mountains the way we had gone before, and then later we ran into a mountain biker, but he was the only other human we saw out on the trails today.  The morning weather was perfect for a hike, but it's supposed to get windy this afternoon.  Nice to get in a long trek before conditions worsen. 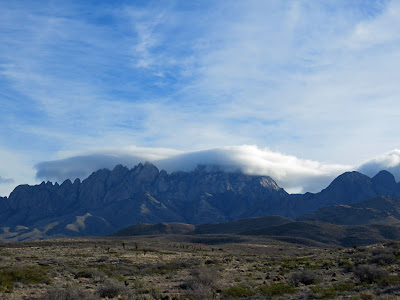 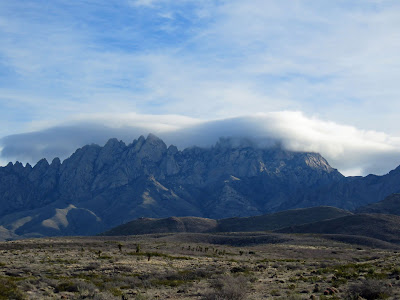 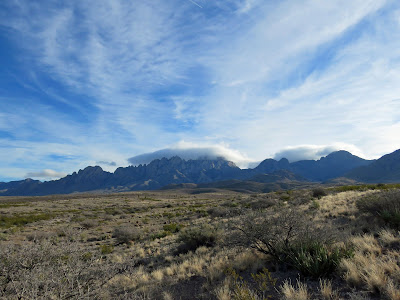 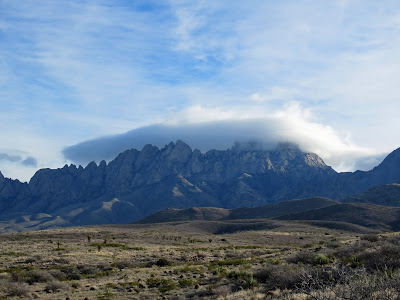 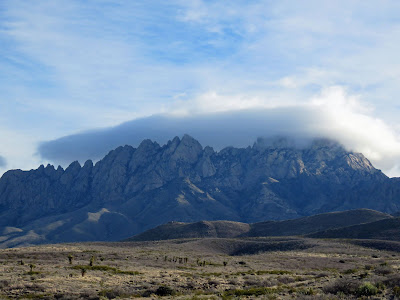 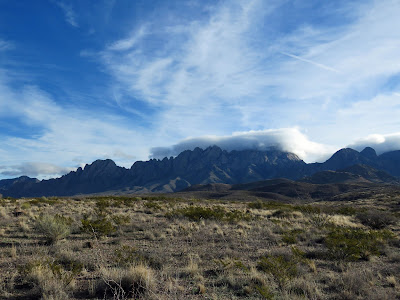 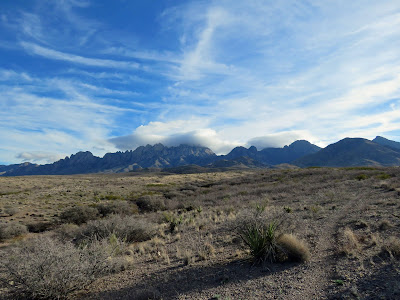 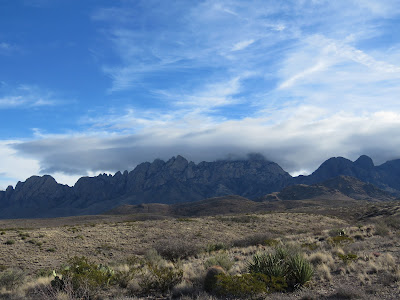 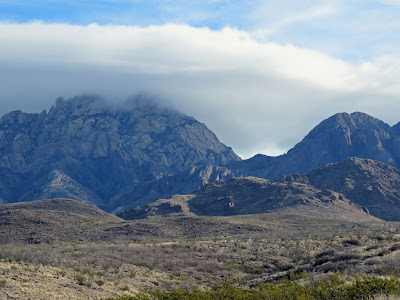 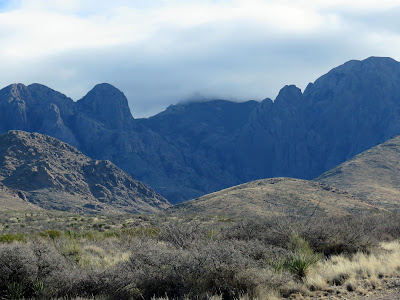 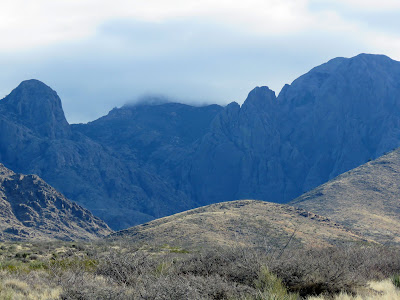 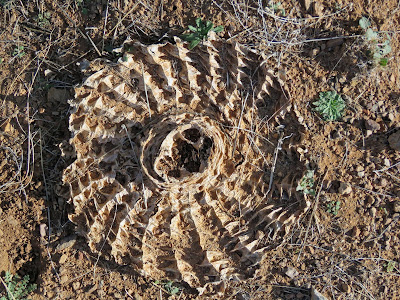 Lots of nice photos of the clouds and the deep blue sky. We're having some gorgeous weather.