Not a breath of wind when we started out this morning, and the sun was relentless; also it was a tad humid.  We made it all the way to First Arroyo thinking (well, at least I was) that there'd be not even a zephyr to help ameliorate the heat.  That wasn't the case.

While we took a shade and water break in said arroyo a nice breeze picked up, which helped with evaporative cooling; and the breeze kept up all during our trek back into the upper flatland where the CR-V was parked.

By the time I opened the rear door to let Willow and Frio inside the vehicle the breeze was threatening to become wind. 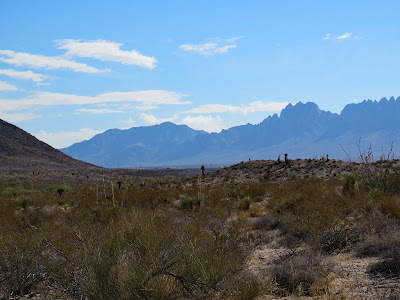 The wind was a real saving grace this morning; the Heelers and I would have roasted had the air been still.  We were able to trek up to Second Arroyo and back in relative comfort despite the relentless sun and somewhat higher humidity.

We had a few fairly close encounters with jackrabbits and quail, but none close enough to spark Frio and Willow into action; it doesn't take much for them to want to pursue, but they were good today--good for my shoulders for sure.

The wind was so strong by the time we got back to the CR-V in the upper flatland I had trouble keeping the driver-side door from flying open.  We all were glad to get back inside for the short drive home. 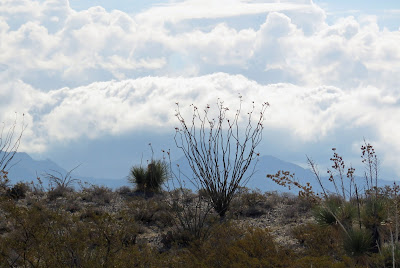 At First It Felt Steamy

As soon as we stepped out of the house this morning we knew we had a long hot hike ahead of us.  When we exited the CR-V in the upper flatland a strong breeze promised to give us some relief; but the breeze didn't last.

We slogged up to First Arroyo, went inside and took a short water break, and then we turned around.  The ascent back to the upper flatland was tiring, but as soon as we crested LDR the breeze picked up again.  Didn't do us much good, though, as we were headed out.

Saw several vehicles today, but no humans.  I'm sure all but the most avid lovers of the outdoors avoid these weather conditions. 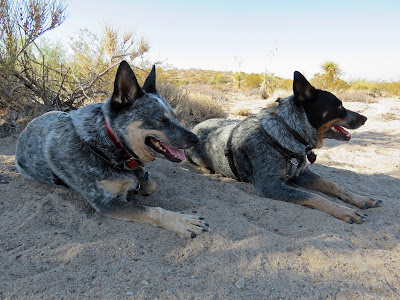 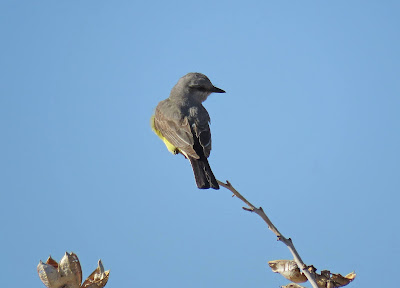 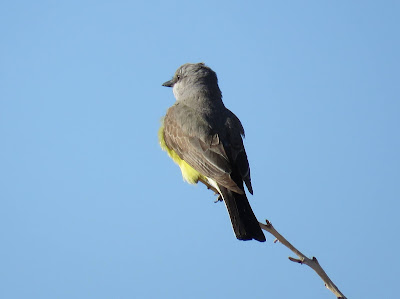 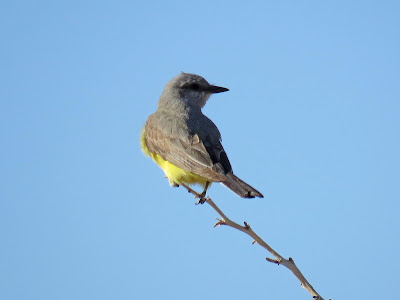 We're headed for a high of 96F today, and it almost felt all the way there this morning when Willow, Frio and I set off on our daily trek.

We hiked up to Second Arroyo, went in for a brief shade and water break, and then turned around and went back.

One interesting encounter on the inbound leg involved me daydreaming while the Heelers led the way.  Fortunately I had their leads locked so they couldn't take off running, and it was a good decision on my part.  When I felt Willow straining forward I followed her gaze, and there, not ten feet away, sat a large Black-tailed Jackrabbit who didn't at all seem inclined to flee.

When Frio saw the jack he began to pull, but I simply backed up the trail, which forced the dogs to back up as well.  Mr. Black-tail then deigned to move another ten feet or so into the desert, which allowed us to pass without incident.  We all could see him grinning our way, flipping us the paw as we went by. 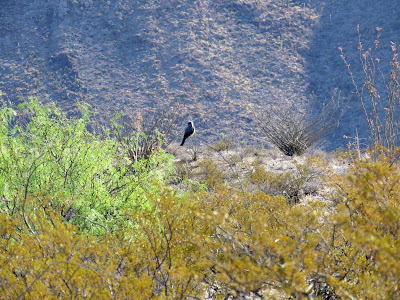 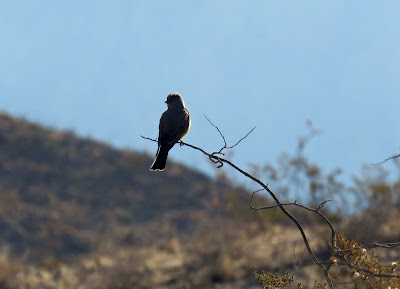 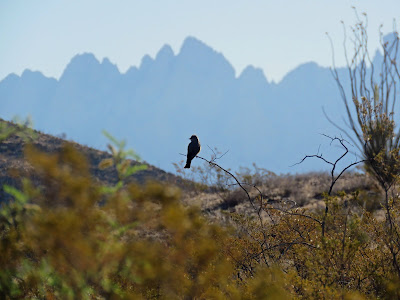 I tried all day yesterday to do this blog, but Blogger was having some serious problems that have, apparently, been resolved. 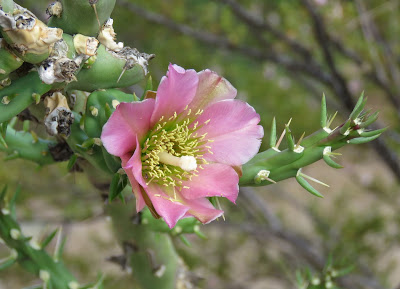 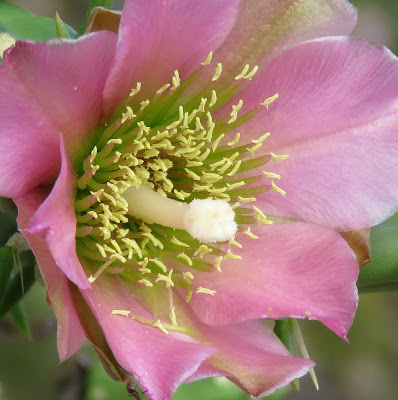 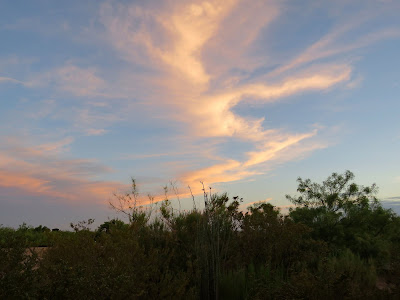 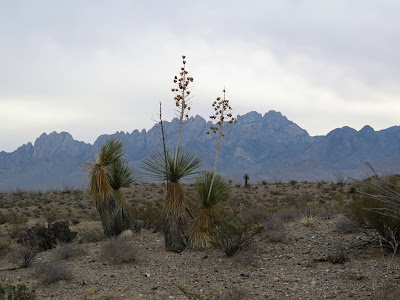 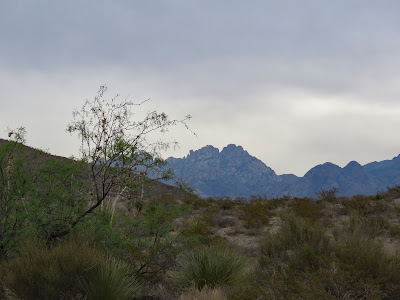