I should have known better than to do a morning hike on the west side of Tortugas today; it was already pretty crowded when I got there just before 7:10; and though I didn't run into too many outdoor enthusiasts during my extended trek I sure could hear plenty of noisy people on and about the mountain.

I don't want to come off as a curmudgeon, but why do people have to scream and yell when they're out "enjoying" nature?  Young kids I can understand, but young adults who call to one another at the top of their lungs really get my goat.

If Dr. K and I do a hike tomorrow it will definitely be on the Monte Vista side of the mountain. 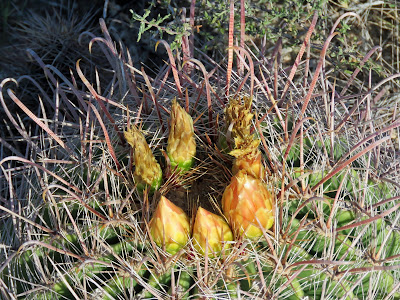 Dr. K and I got up early in order to do a moderately long hike on the Bridal Veil Falls Trail.  This is the Friday when revelers stream up the mountain to enjoy a long Labor Day holiday.  Oddly enough, though, we ran into no other hikers on the trail, neither on our outbound leg nor the inbound.

This was another of Becca's favorites, so, of course, we were spreading her ashes in a few select places along the way.  It's going to take a long time for us to get over the loss of our fine companion, and we shed a tear or two over her absence.

Back at the cabin we packed and got ready for the 90-minute drive to our lower desert home.  A string of vehicles came up the mountain while we descended, but not nearly as many as we've seen in the past.  There was, however, a long line of traffic at the border patrol checkpoint across from White Sands National Monument.  The facility resumed operations a few weeks ago, and I have no doubt that holiday travelers--especially those in that traffic backup--were ruing the recent reopening. 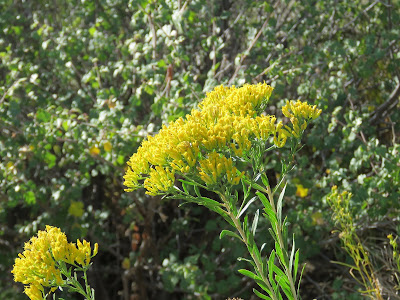 Dr. K and I took an early morning hike on the Osha Trail just outside of Cloudcroft, New Mexico, and we sprinkled Becca's ashes at four or five appropriate places along the way.  This was, perhaps, her favorite high country trail, and we couldn't help but picture her in numerous spots in the forest.

Early on during the trek we encountered a man hiking with his three Chihuahuas, and when I said, "You've got quite a crew there," he said, "They're a handful."  I think that's the first time we've ever seen anybody trekking with that breed of dog.

We extended our hike a bit to avoid a young family, but we bumped into a throng of outdoor enthusiasts on the way down the mountain, almost all hiking with dogs.  At the benches overlooking the Mexican Canyon trestle we stepped aside to let four or five people pass, each of them with a dog on a lead.  The first dog was a Black Lab named Cooper, and he was very friendly, receiving head scratches from both Dr. K and me.

When we got back to our cabin we were greeted by Champ and Cowboy, who came to say hello and spent quite a while lying behind Whitey the CR-V while Dr. K and I obligingly scratched their bellies.  It was great to spend time with them. 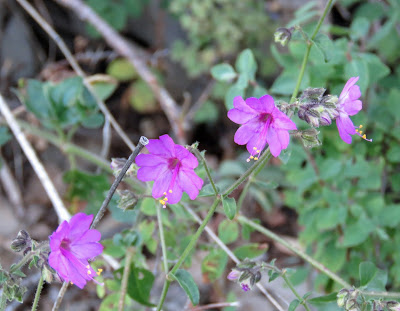 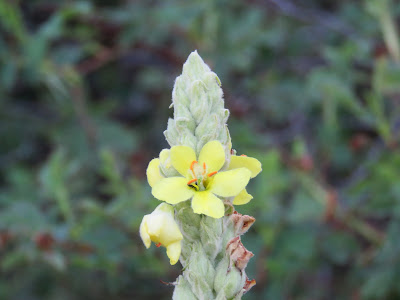 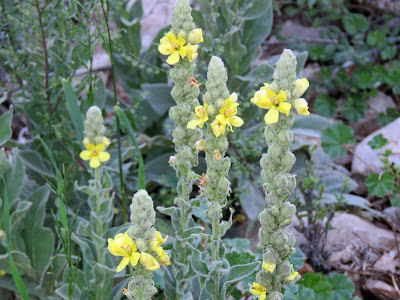 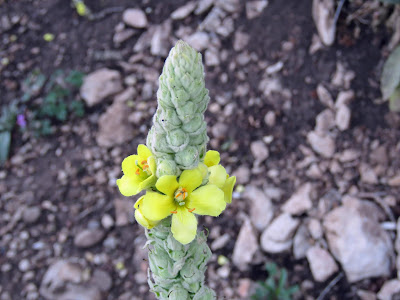 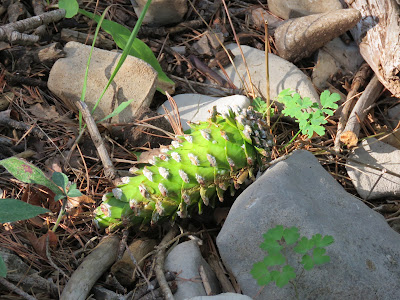