Becca and I were out to the mountain before the worst of the wind picked up; but it started worsening when we were hiking with JC and Shaque on the inner loop trail.  It's supposed to get even worse than yesterday, 25- to 35-mile-per-hour sustained winds with gusts to 45 mph and 50 mph.  When the wind blows that powerfully in the desert there's always dust in the sky--as there was yesterday.  And it's looking like it will be even dustier today.  Yuck.

40 degrees when we hit the trail.  Since we're warming up to 74 today it was hard to know how to dress.  It was a tad too chilly to go with shorts, so I opted for light weight Ex Officio pants, short-sleeve shirt and an anorak.  By the time we bumped into JC and Shaque I was already feeling a little overdressed.  Since Shaque is a Fairbanks, Alaska resident he seems to mind the heat a little more than Becca, who's a desert dog through-and-through.

No, we didn't see any camels on our hike this morning; it's just a silly way of saying "hump day."  It was quite cold when we started out:  18 degrees Fahrenheit.  The one really good thing was that there was no wind.  Even a moderate wind would have made it feel much worse.  We ran into JC and Shaque and hiked with them on about two-thirds of the inner loop trail.  Then JC and I stood shooting the breeze back at the trailhead while Becca and Shaque waited patiently in their respective vehicles. 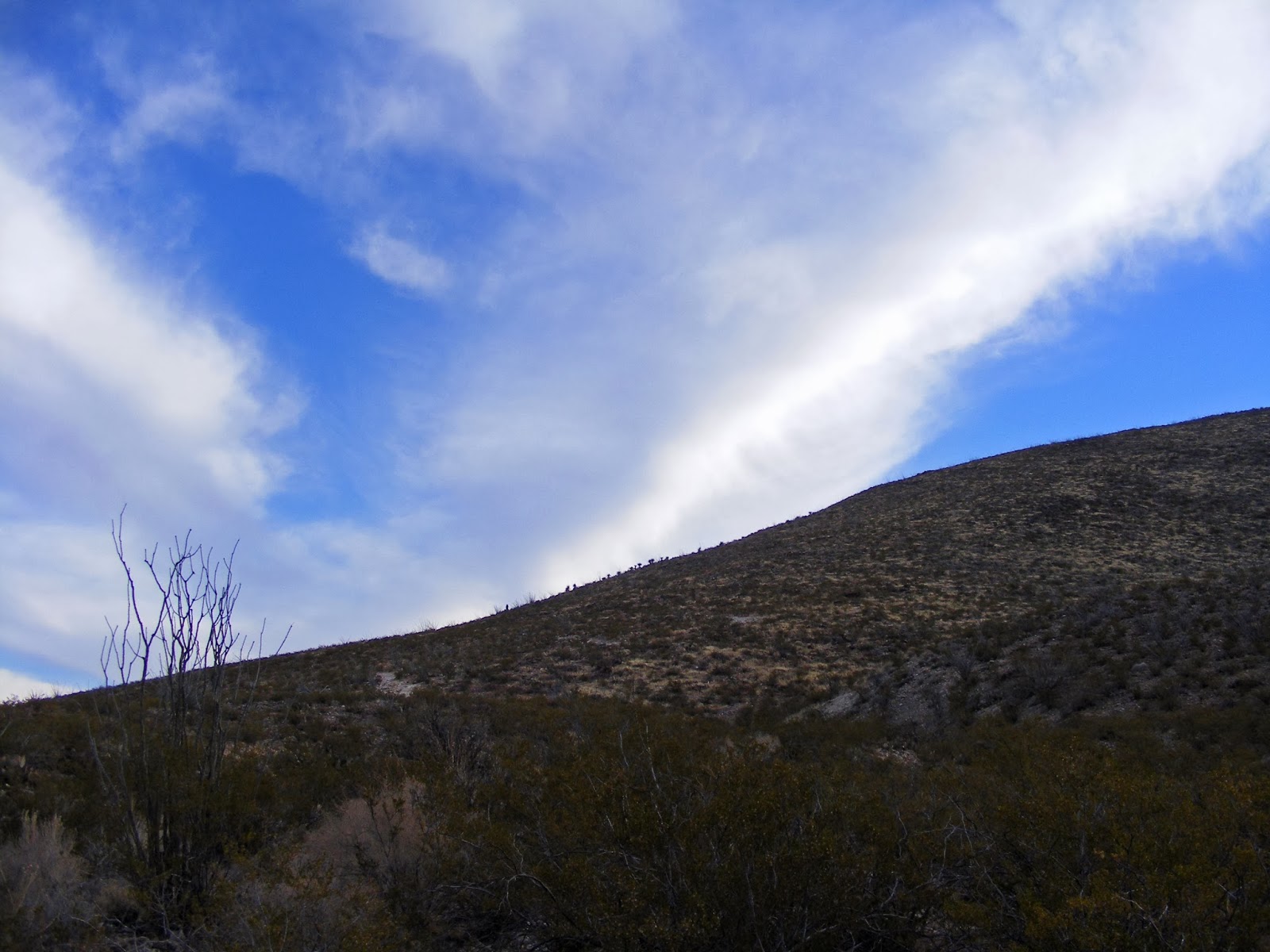 There was a thin coating of ice on the car when Becca and I headed out this morning, so I knew the atmosphere contained some moisture.  This was confirmed on the trail when we examined the clouds in the sky, many of which looked to have ice crystals in them.  Whether they did or not, though, they sure put on a fine display.  The last image here is of Becca and Shaque greeting each other for the first time near the inner loop trail.  They really get along well, so it's a pleasure to watch them interact. 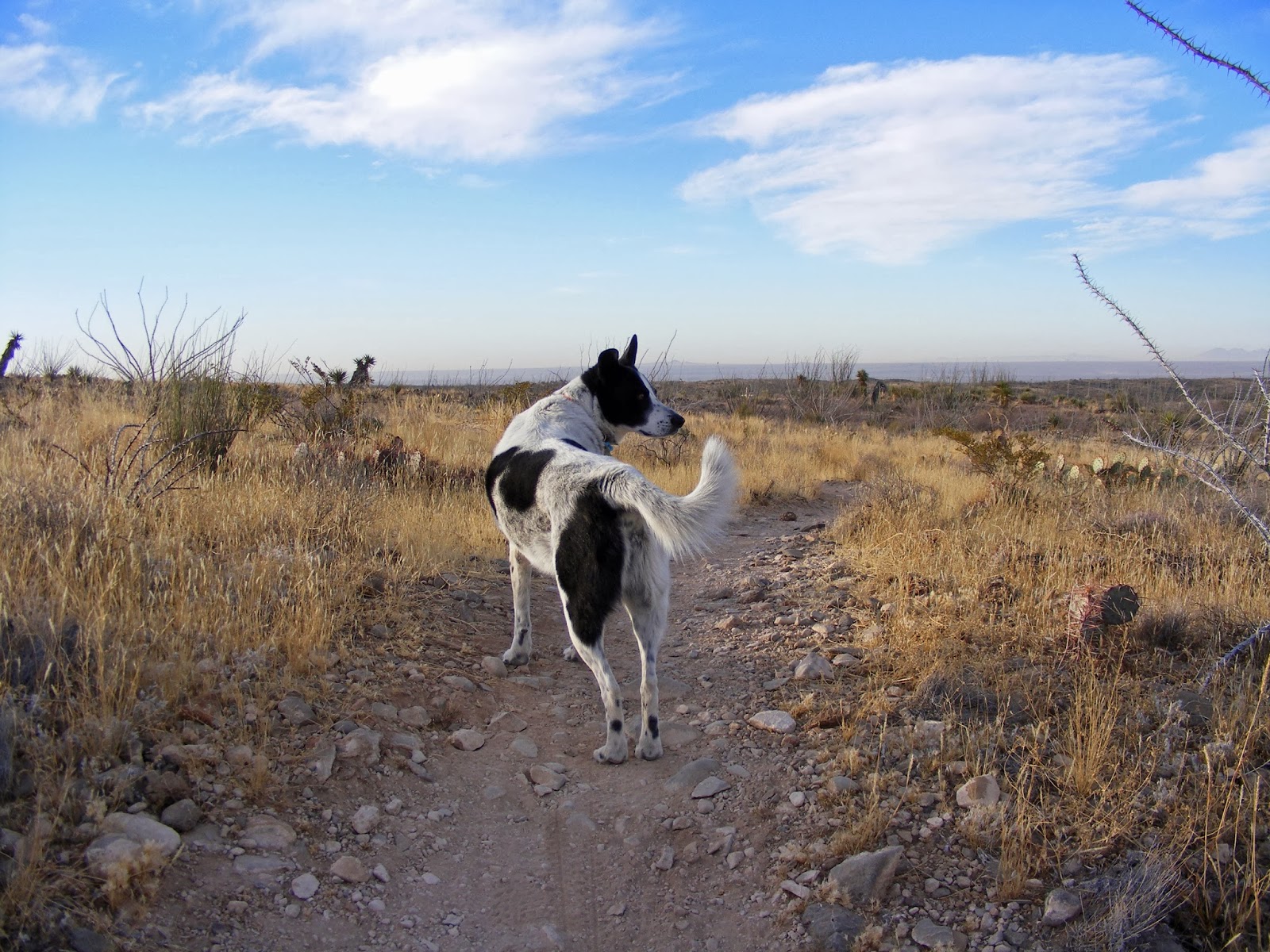 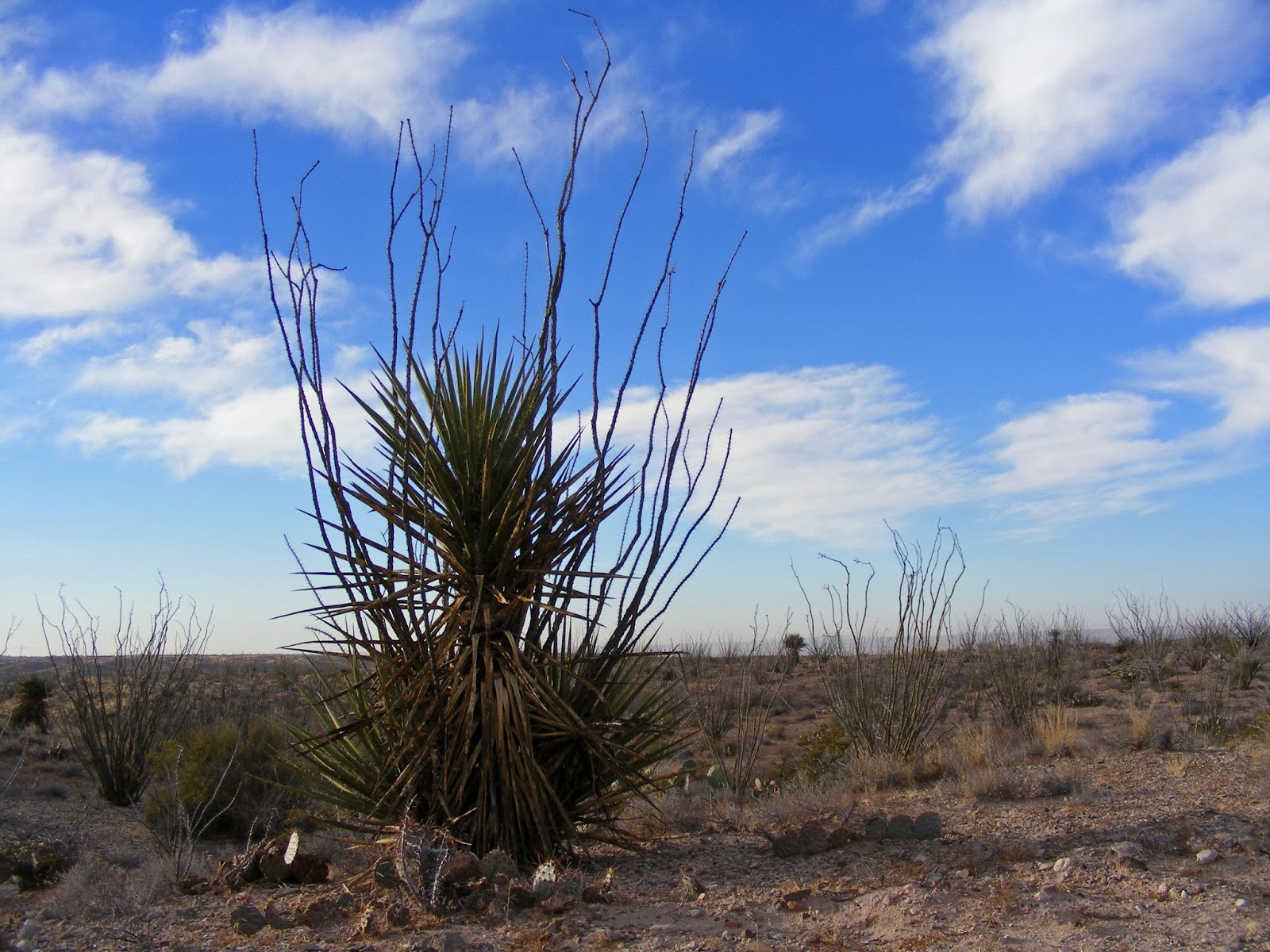 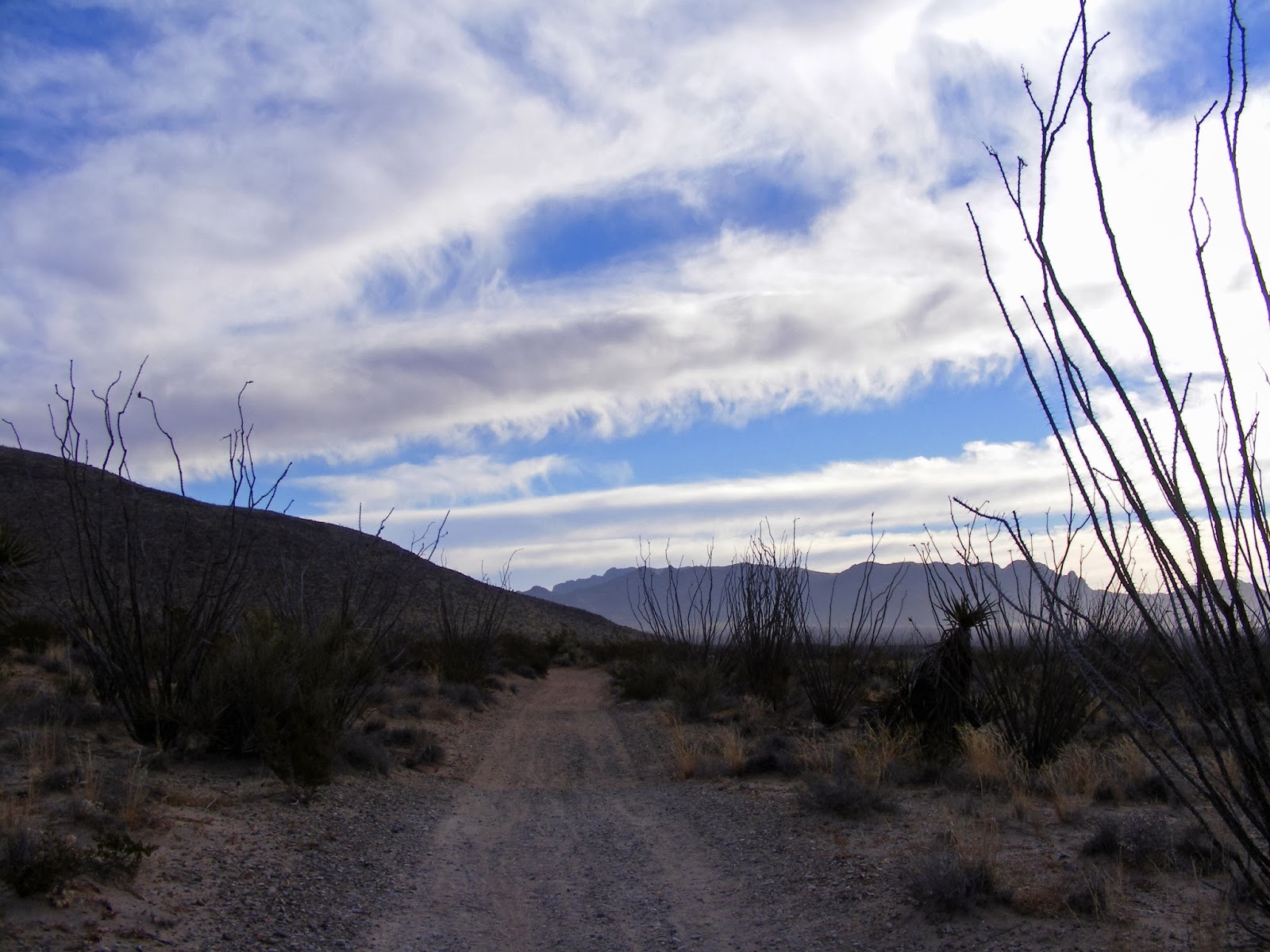 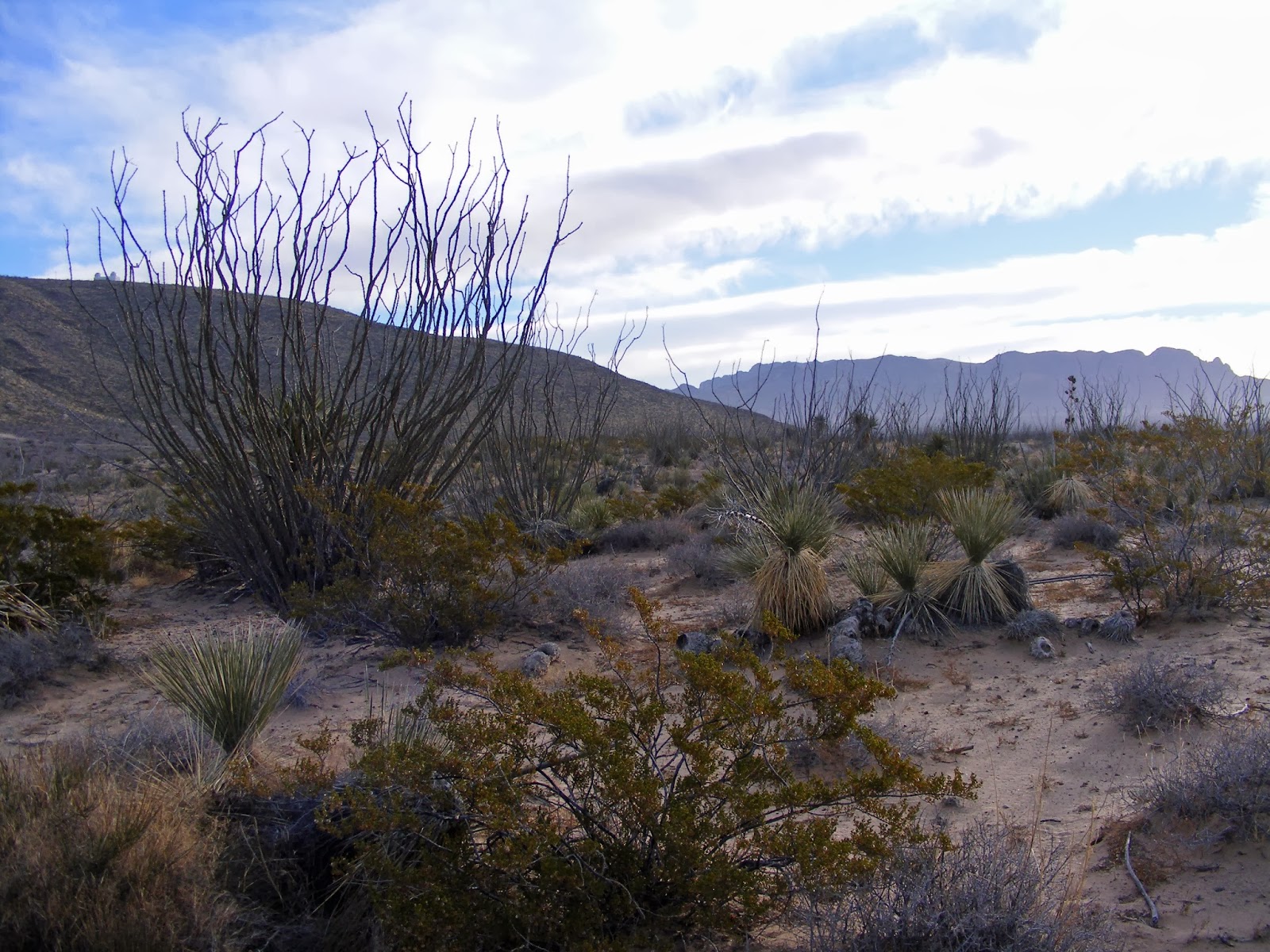 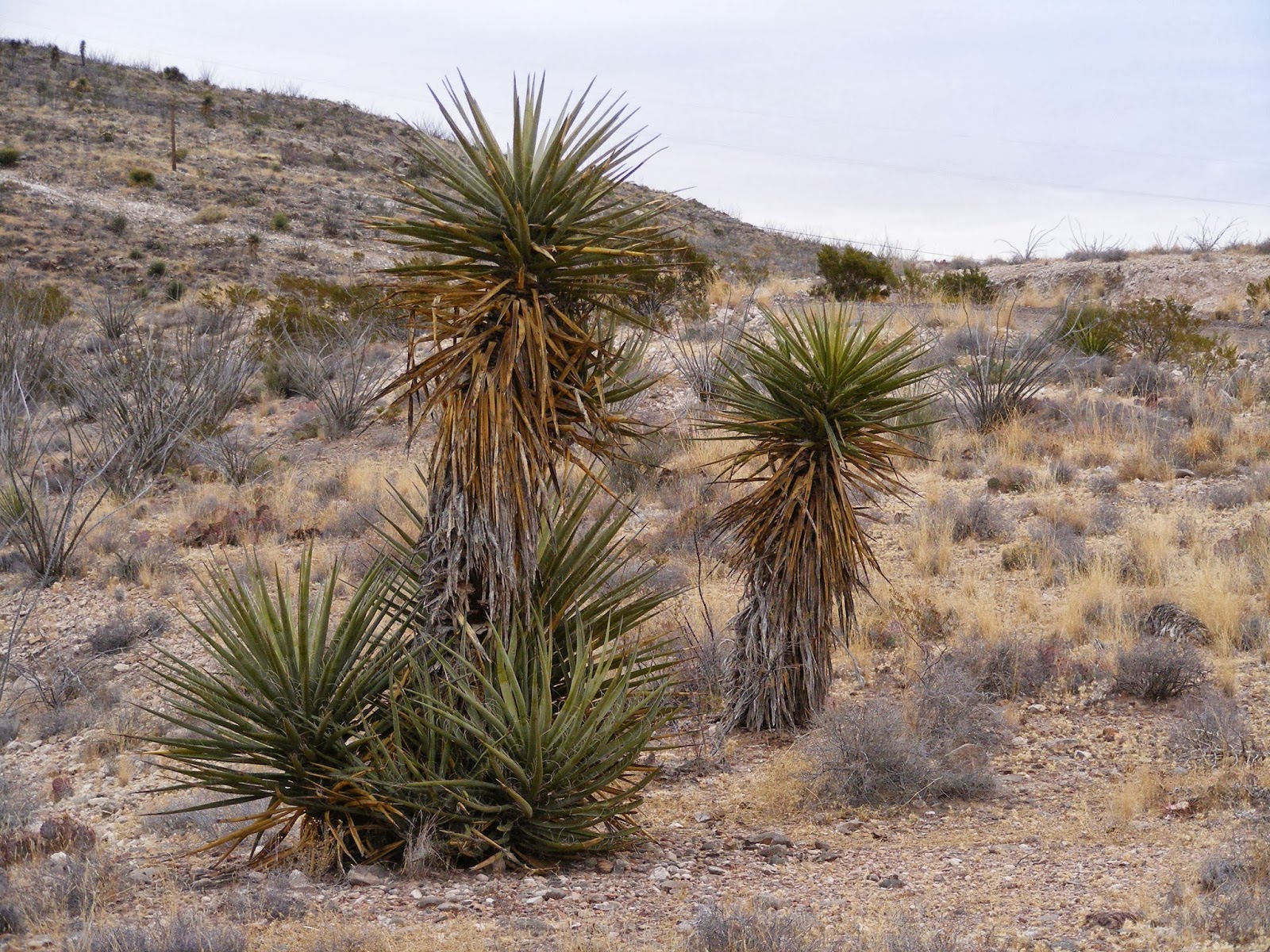 The U.S. Department of the Interior Secretary Sally Jewel was in the area for two days last week touring the proposed Organ Mountains-Desert Peaks National Monument, which President Obama may be willing to create using a 1906 law that allows him to bypass Congress.  The proposal, put forward by U.S. Senators Martin Heinrich (D-NM) and Tom Udall (D-NM), calls for 500,000 acres to be set aside for wilderness and national monument status.

Congressman Steve Pearce's (R-NM) plan asks for only 55,000 acres to be set aside around the Organ Mountains.  This is the same Steve Pearce whose recently released book, Just Fly the Plane, Stupid!, suggests that a wife's duty is to submit to her husband.  It reads:  "The wife is to voluntarily submit, just as the husband is to lovingly lead and sacrifice.  The husband’s part is to show up during the times of deep stress, take the leadership role and be accountable for the outcome, blaming no one else."  Apparently his philosophy stems from his reading of the Bible, the same Bible that suggests that man has dominion over the earth.  No surprise, then, that Pearce, owner of an oil-field service company, sees the creation of wilderness areas and national monuments as threats to our right to exploit as many of our natural resources as possible.  I pray that President Obama takes this opportunity to assert himself over a do-nothing Congress.  Apparently, last year was the first Congress since World War II to not set aside any land. 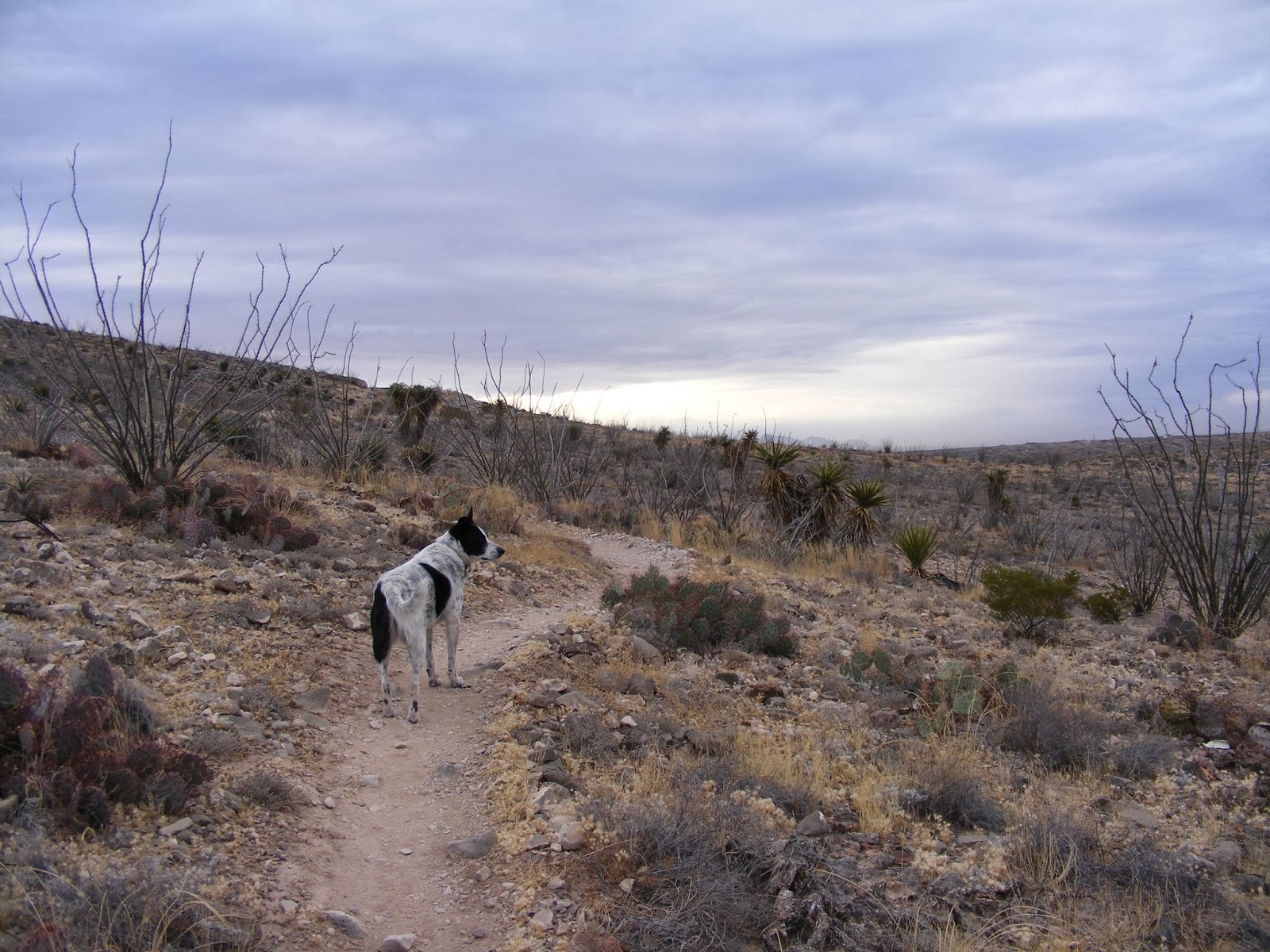 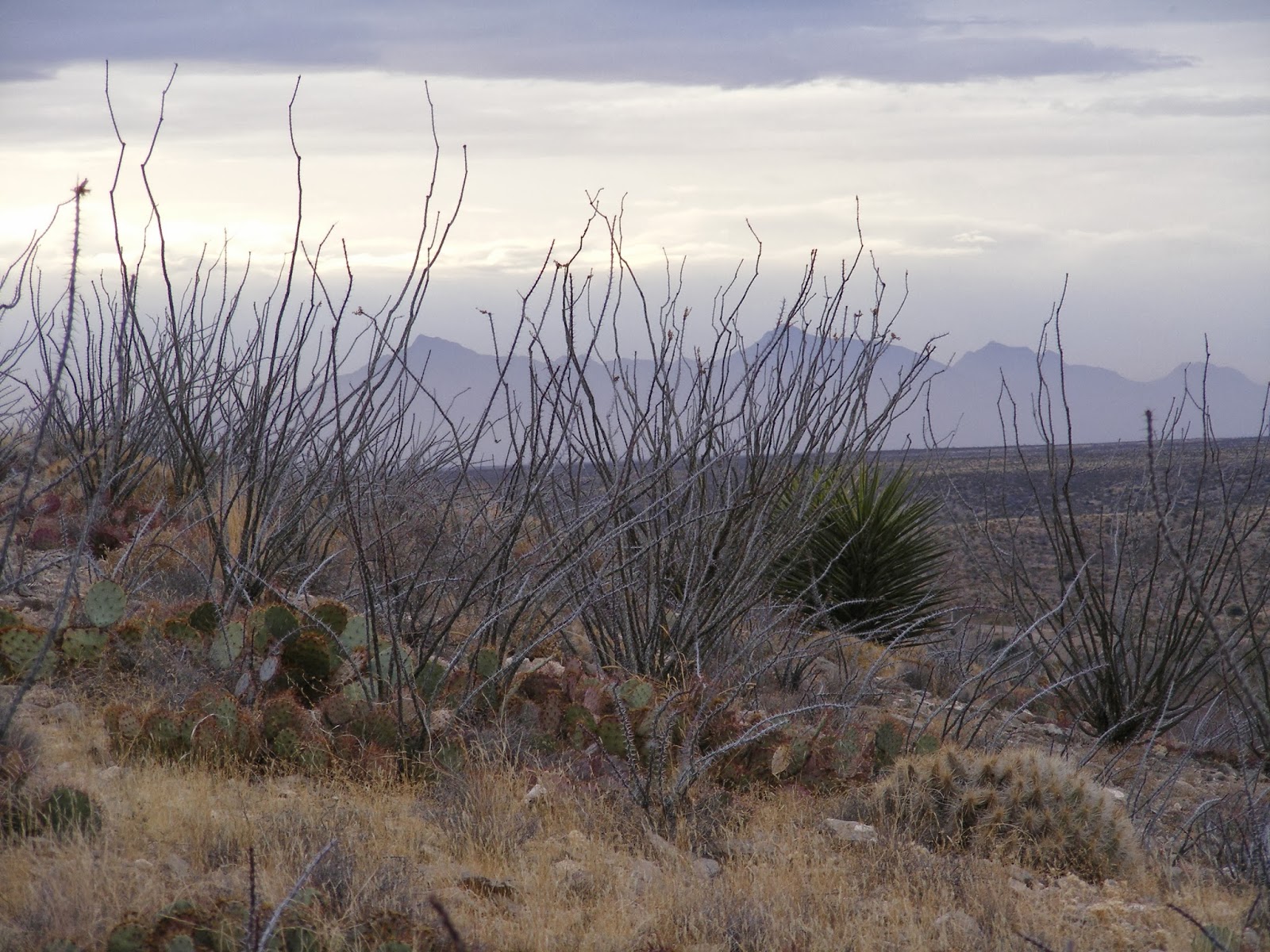 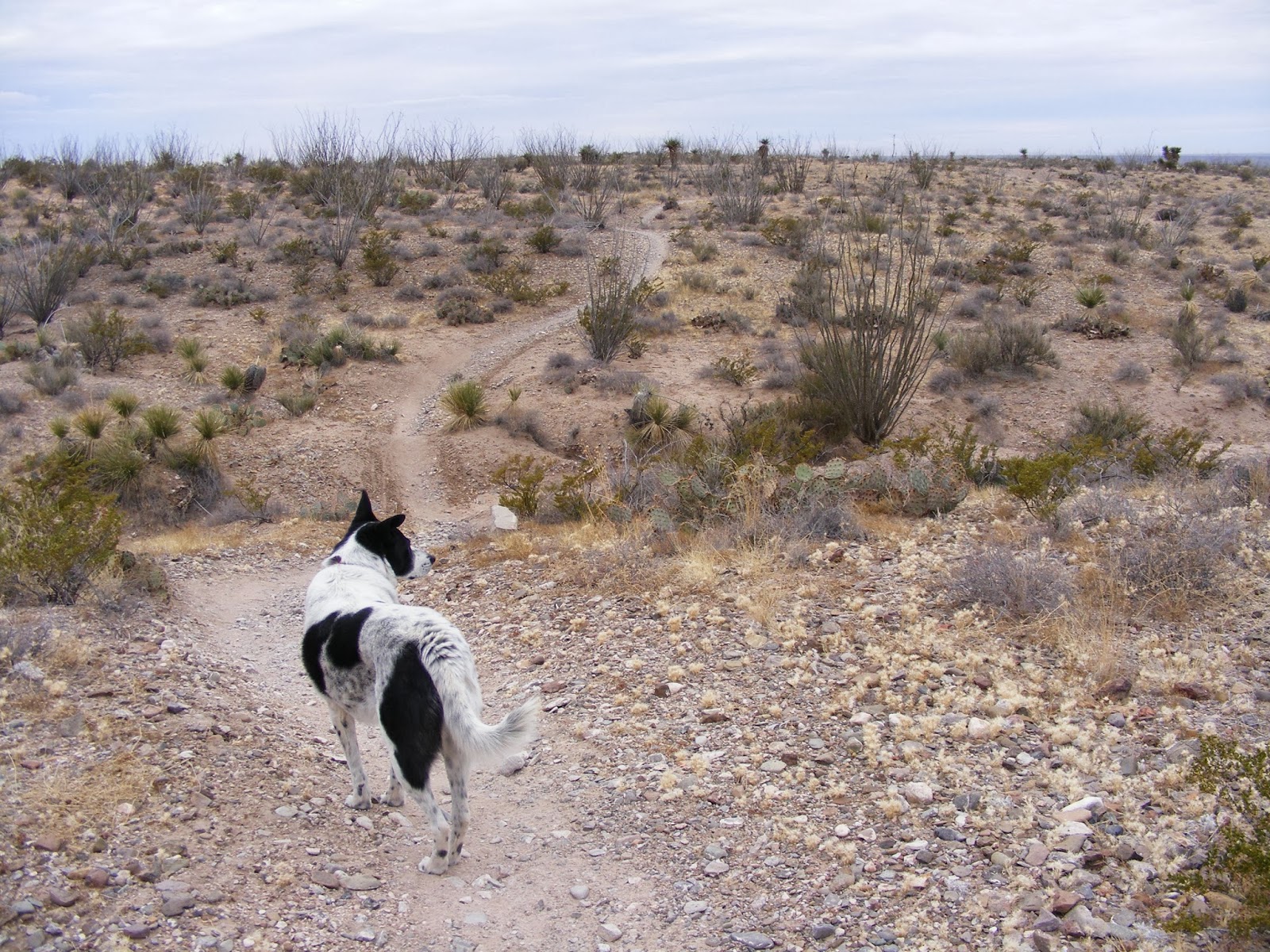 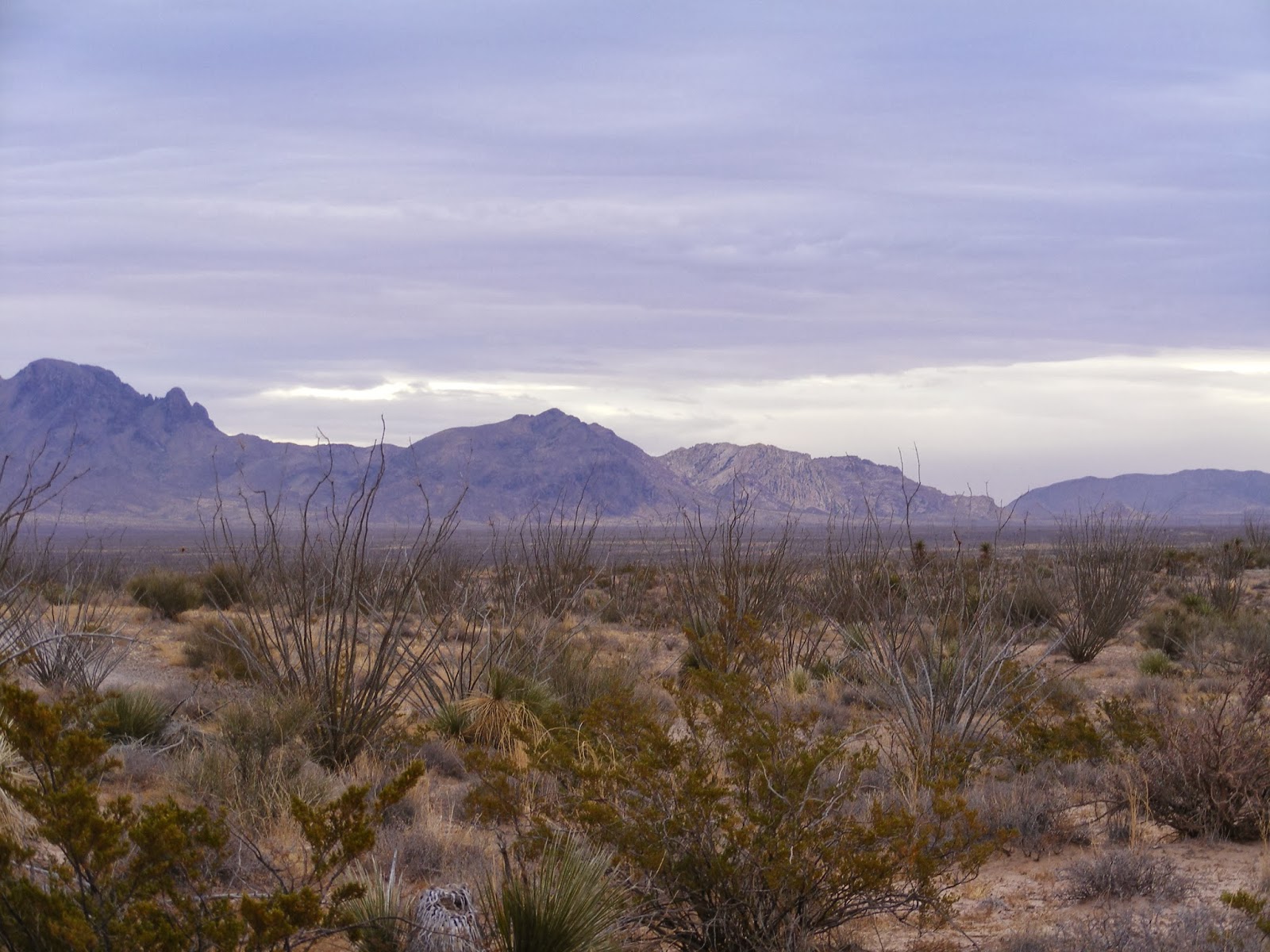 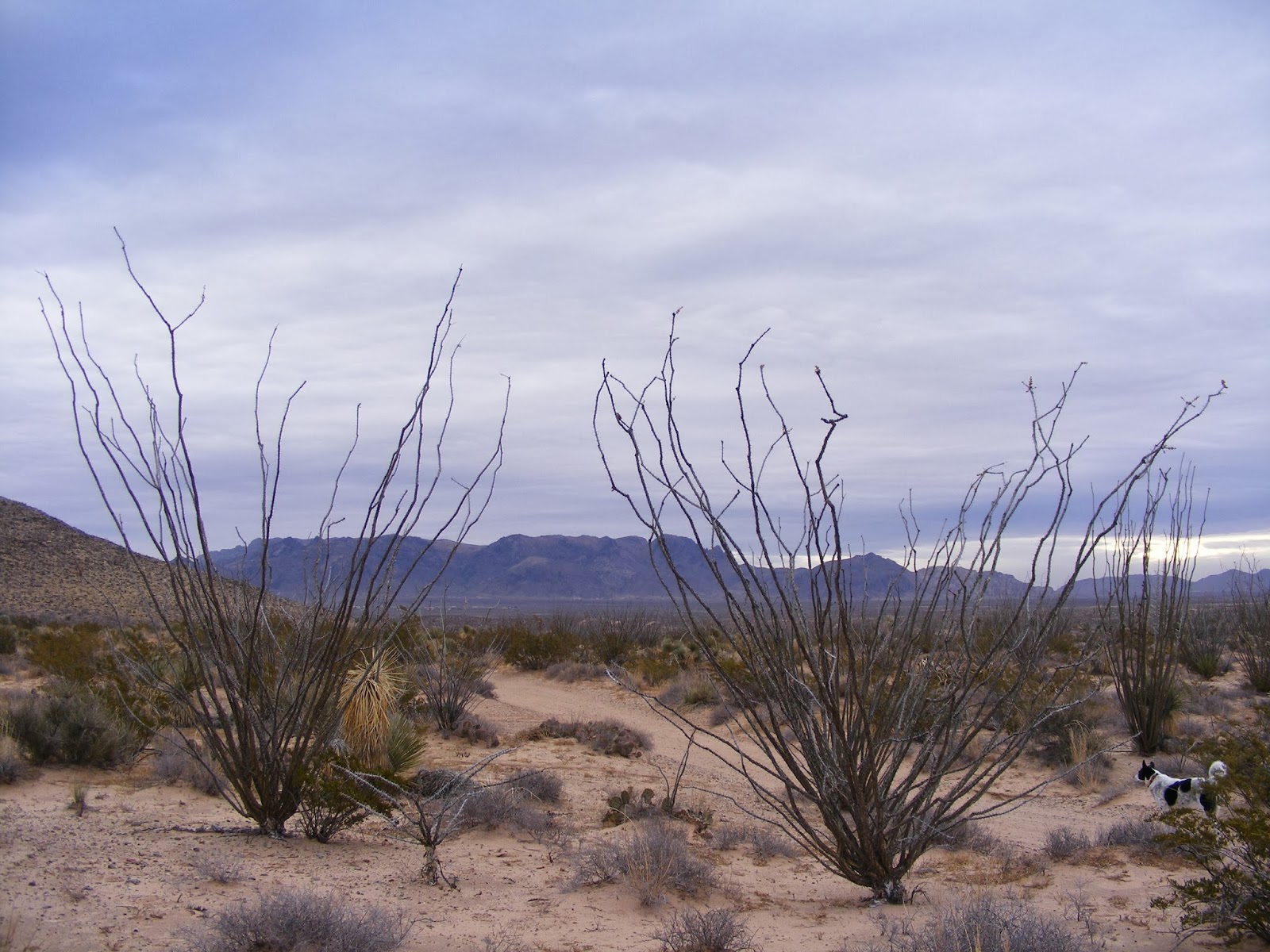 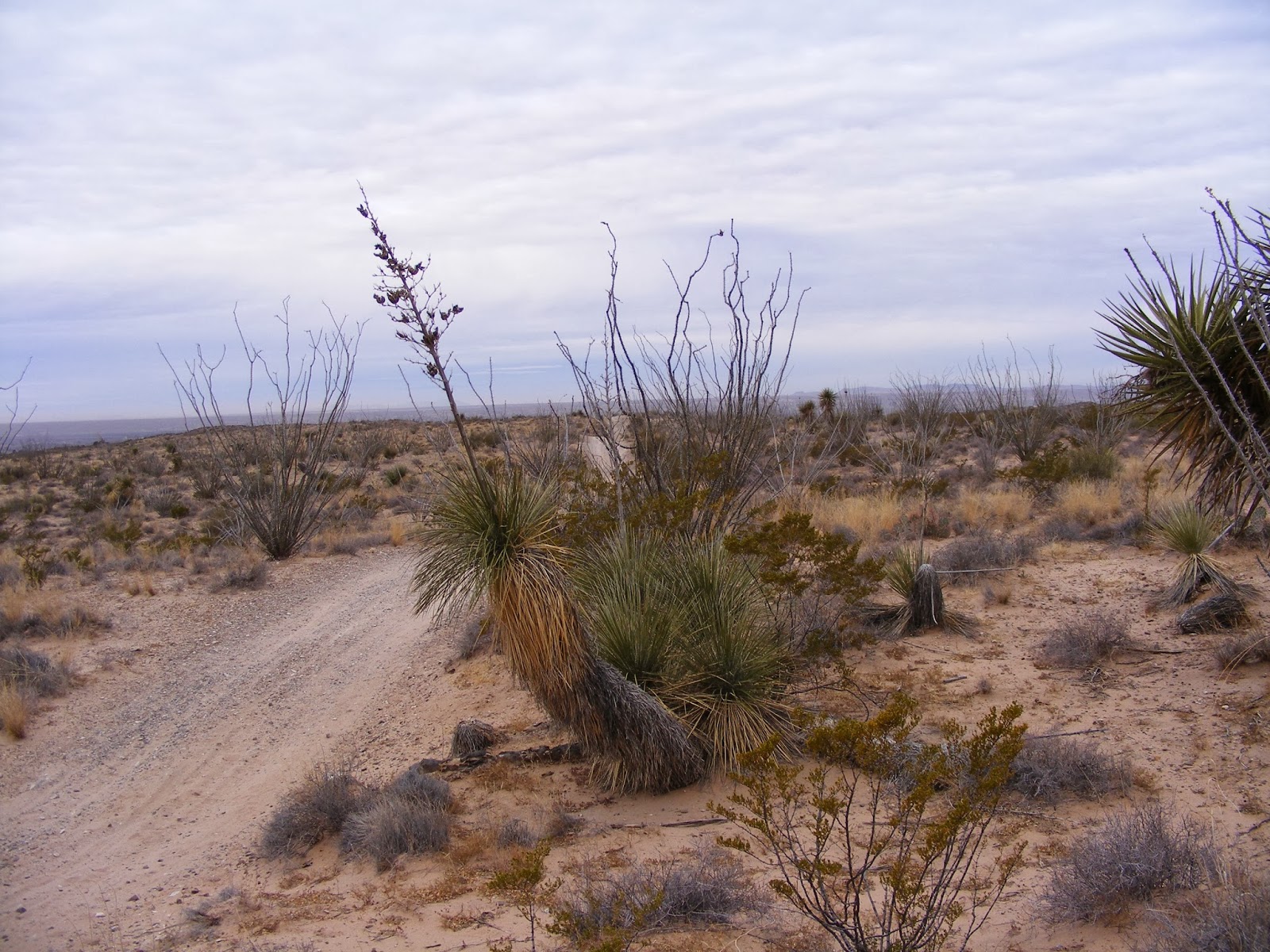 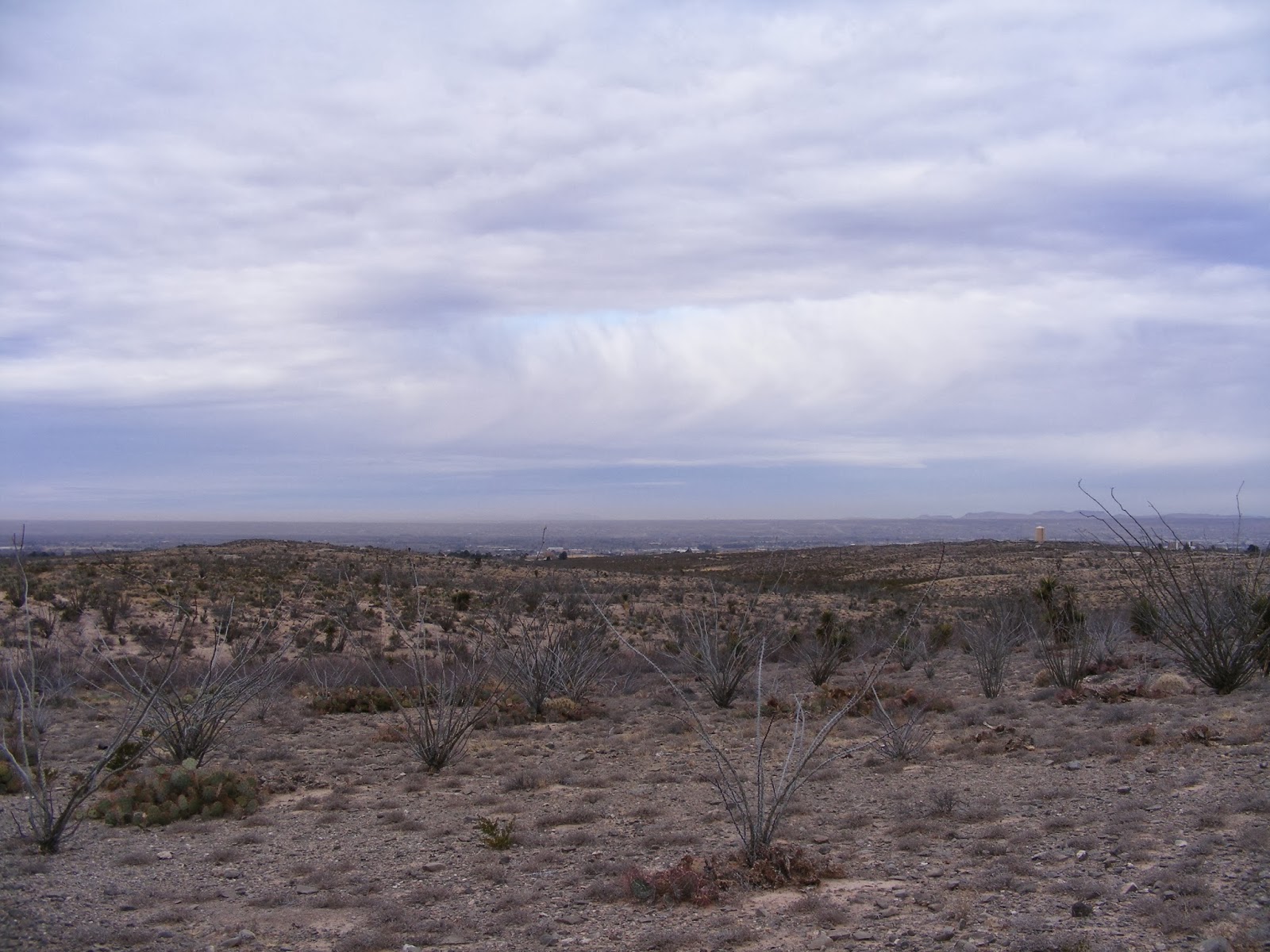 It's a Beautiful Morning

I thought briefly about including a further line or two from The Young Rascals' song (they were called that before dropping the "Young"), but decided not to test your forbearance. The weather was gorgeous when Dr. K, Becca and I headed out of the Monte Vista parking area for a two-thirds trip around the Tortoise and back again.  We ran into Jimmy on the east side of the mountain.  Becca ran ahead to greet him, as Jimmy is one of her best buddies.  We all chatted (not Becca) for a few minutes before heading our separate ways.

It wasn't nearly as cold this morning as yesterday because of a thick cloud cover acting as a blanket.  There wasn't too much wind, either, so it felt pretty bearable out there.  Quite a few people were getting their exercise on the mountain.  We encountered three mountain bikers as well as a hiker before bumping into JC and Shaque, who were out getting their exercise, too.  When we all returned to the trailhead there were a lot of cars in the parking lot.  Think I'll put a suggestion in the suggestion box recommending rangers keep the outdoor enthusiasts to a minimum when Becca and I are there. 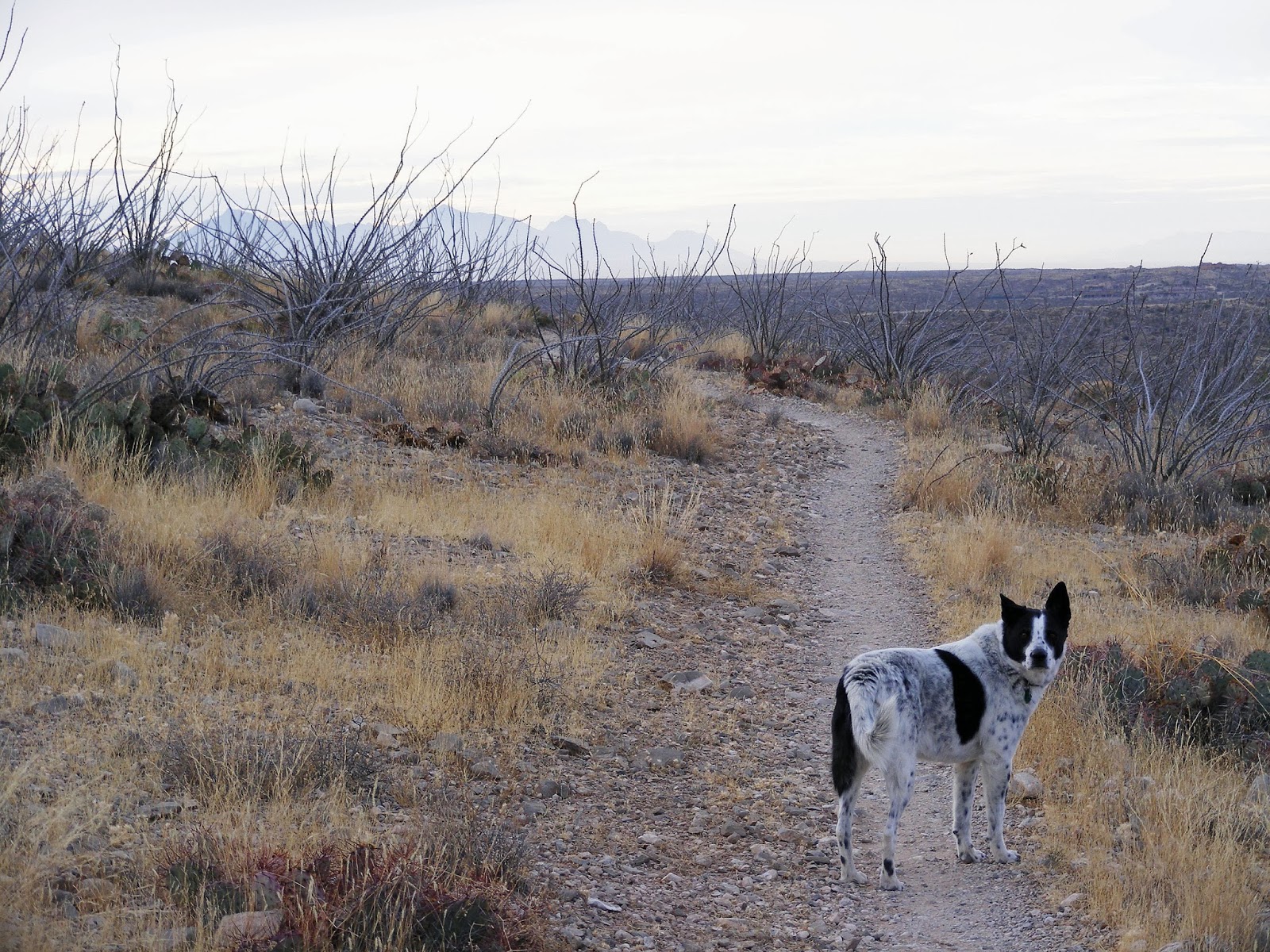