Yesterday I took 15 photos; today I snapped 50.  Not sure why I was in a more photographic mood.  It wasn't because the Heelers were less exuberant.  In fact, during one jackrabbit's mad dash to get away from Willow and Frio they lunged forward, pulling my arms out of the sockets and extending their reach--permanently--by about two inches.

Changed up the route a little this morning; after a trip up Left Branch Arroyo and back we ascended into the upper flatland via LDR instead of LDR-A.  Other than the fleeing hare we saw no other mammalian critters in the outback, but the trees and bushes were filled with tweeting birds--one even sounded like a mockingbird (everybody have your heard?). 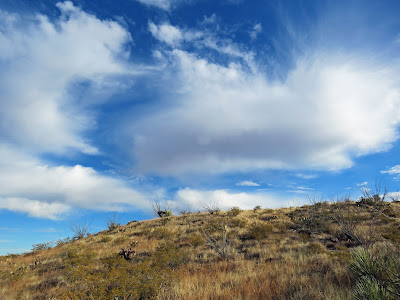 Chilly But Not Cold

A little longer trek for the Heelers and me this morning:  down LDR-A all the way to the east/west cross trail and east to the new arroyo; up the left branch of the arroyo and then back down past the right branch to the cross trail west.

From there we ascended into the upper flatland using the arroyo that runs parallel to LDR-A.  We saw no human outdoor enthusiasts today, but we had two more encounters of the first kind with two dashing jackrabbits who were dashing to get out of the Heelers' way.  Fortunately I saw both hares at the same time as Willow and Frio so I was able to keep my arms from being ripped out of their shoulder sockets.

Decided to change up our routine this morning by hiking up to First Arroyo, a trek we haven't done in months.  In the doing I was reminded of why we've chosen not to take that route:  the condition of the road--although today it was firmer from recent rains--and the chance that hikers might be approaching from the south, which they were today.

In order to avoid the two outdoor enthusiasts Willow, Frio and I had to bushwhack eastward through a series of adjoining arroyos that led us back to the Tellbrook Arroyo.  We then followed the arroyo that parallels LDR-A back into the upper flatland.

Aside from the Heelers nearly ripping my arms out of their shoulder sockets when twice they tried to pursue a fleeing jackrabbit it wasn't a bad outing.  The temperature was surprisingly comfortable even though it was 39F at start; 57F when we finished up. 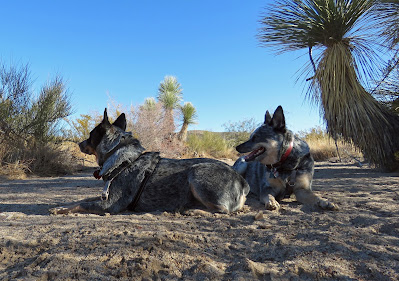 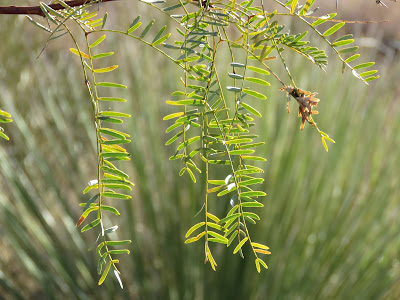 Back to the Lower Treks

Back in the lower desert for a fairly chilly start this morning; conditions weren't too bad, though, because of high humidity.  It rained during the night and into the early morning hours today.

Willow, Frio and I did our new regular hike under dynamic skies; the clouds over the Organ Mountains were especially beautiful.  I'm not sure the photos I took today really do justice to the spectacular views. 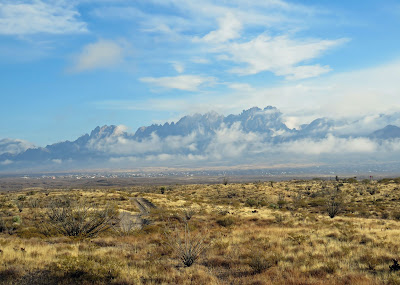 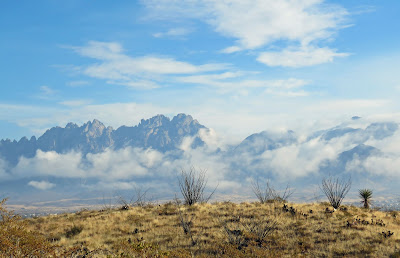 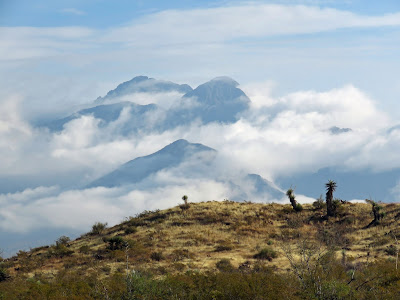 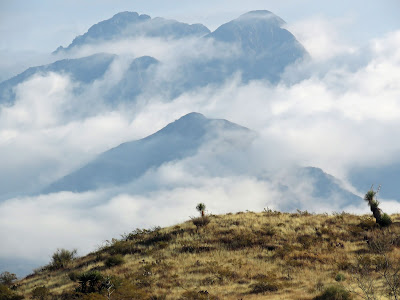 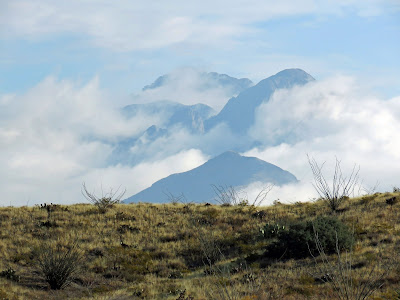 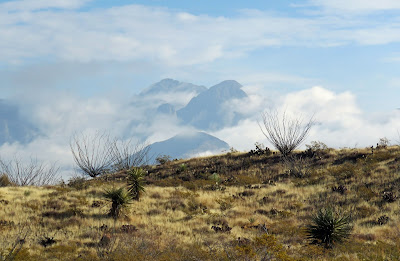 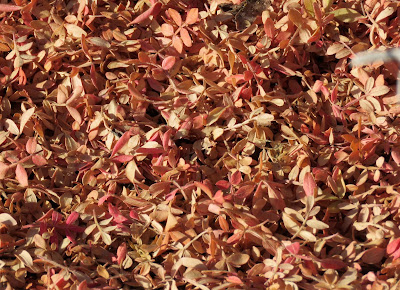 Even though it was cold this morning the weather was pleasant, and Dr. K, Willow, Frio and I explored the deer/elk trail on our property and the surrounding forest.  We saw quite a few birds--even a Northern Flicker--but I wasn't able to get a photo of any of them.

After our trek we returned to the cabin, packed our belongings and left for the lower desert, where we are now.  We enjoyed our trip to the high country, and we want to return as soon as we can. 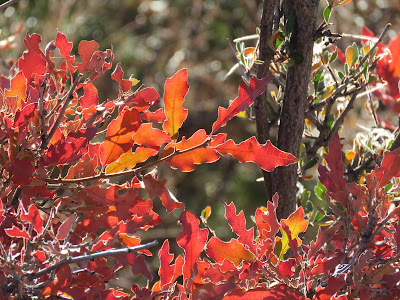 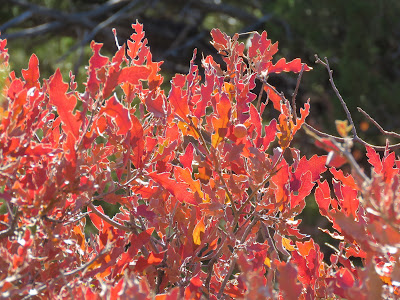 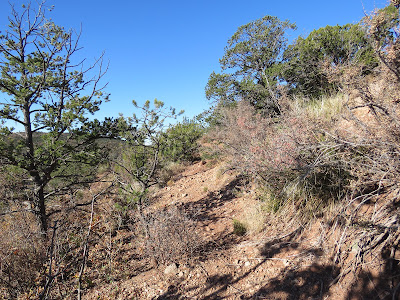 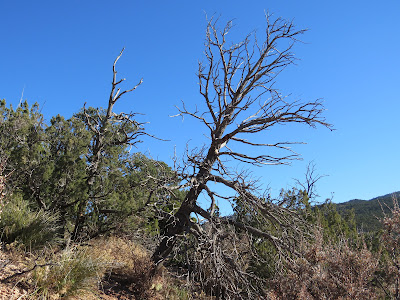 Lady Ann Mountains Yesterday I took 15 photos; today I snapped 50.  Not sure why I was in a more photographic mood.  It wasn't because t... 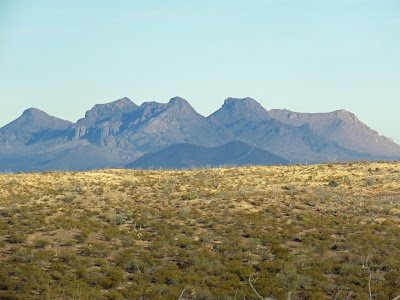