Major bushwhacking excursion this morning, part planned and part unplanned; the unplanned bit was the result of spotting a spectacular Claret Cup Hedgehog Cactus specimen in a difficult area off a long disused dirt road where Becca and I hiked fairly frequently.  Frio and Willow didn't seem to mind.

One funny incident from today's outing.  Just as soon as we hit the old dirt road I let the Heelers off lead so I could get us all a drink of water.  I planned to let them hike off lead for a while from there, but as soon as we started off I noticed a dead rabbit not five paces ahead.  I immediately put the dogs back on their leads.  Willow was uninterested in the rabbit, but Frio took a long look at it.

Ten or fifteen yards further along the road I let the Heelers off lead again, and Mr. Frio turned around and made a beeline for dead Br'er Rabbit.  I yelled at him despite his deafness, and went running to catch him, Willow jogging at my side.  Before I could reach him Frio had the carcass in his mouth and was staring back at us.  I gave the "drop" signal with my hand, and he dropped it immediately.  The only way I could scold him was to wag a finger in his face, and, not surprisingly, he knew he'd done wrong.  When, upon returning home, I told Dr. K about the incident we both had a good laugh over it. 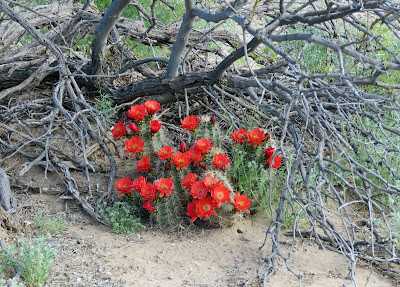 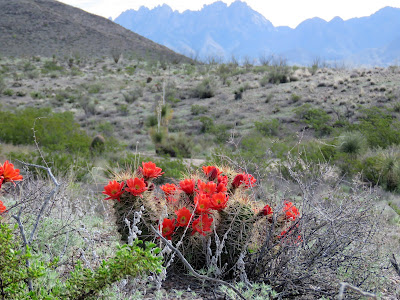 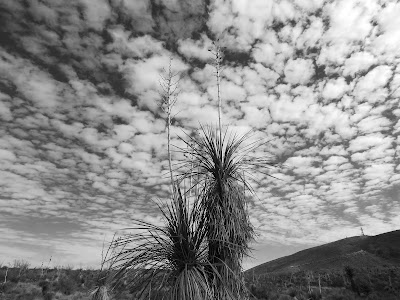 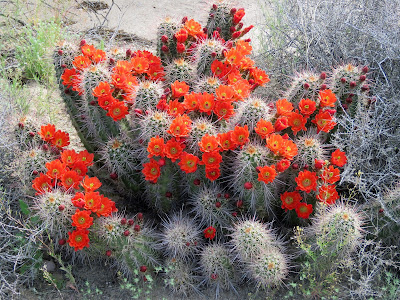 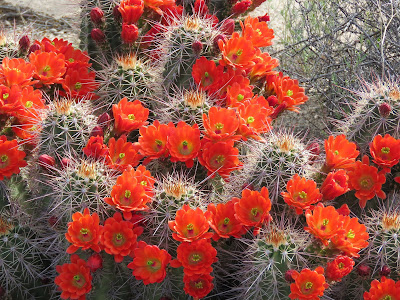 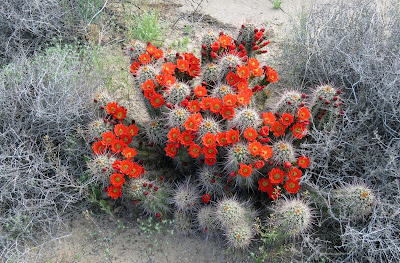 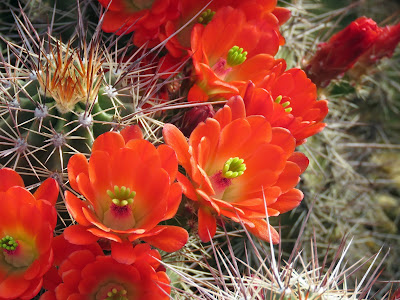 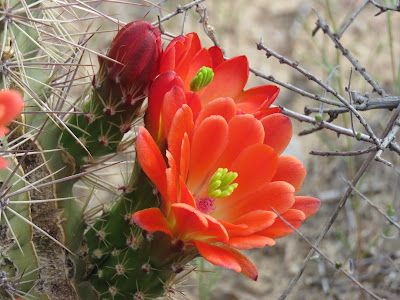 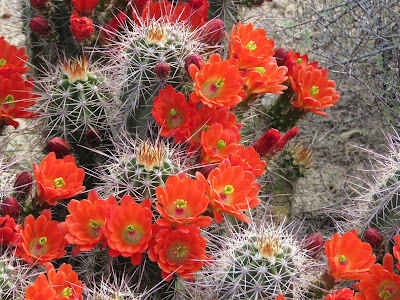 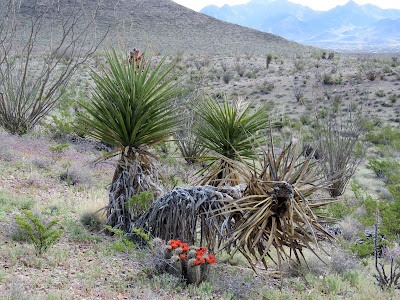 So nice that you discovered that spectacular Claret Cup cactus, and your photos do justice to its beauty.