Not long after I parked the CR-V on the dirt road pullout next to Tellbrook Road other people parked their new Chevy Blazer there.  Frio, Willow and I had a good enough head start so we knew they wouldn't catch up to us.  But fate threw us a curve when we spotted Rene and his dog, Rayo, hiking nearby.  When I said hello Rayo came dashing over, and the Heelers were excited to see him.  Willow, however, had never met Rayo before, and the two had a brief snarling spat.  Rayo knows how to handle other dogs, though, and things settled down quickly.  And then Rene gave everybody (excluding me) treats before quickly departing with his hound.

We still had plenty of time to avoid the oncoming trekkers with their dogs, and the Heelers and I veered off the road and began bushwhacking in the area we're becoming familiar with.  I decided to let Frio and Wils off lead for a bit, and I did this several times.  They were good, for the most part, especially when Willow went ahead; she comes right away when I whistle to her, and that means Frio comes, too.  When he's leading, though, it's impossible to get his attention unless he looks back and I'm able to signal him in; he responds quickly to the "come" gesture with my right arm.

Now for the 10 steps back part.  We were approaching the southernmost road west of the mountain when I stopped to survey the way ahead.  Everything looked clear, and though I debated about keeping them off lead as we approached the road, I planned to pull up short before turning around.  That's when Frio took off. which compelled Willow to follow.  Then I saw a lone woman walking along the road, and I naturally assumed she had a dog or dogs with her; but she didn't.  The Heelers pulled abreast of her, Frio barking at her quite aggressively.  I was able to whistle for Willow to come, and Frio came as well, though I had a hard time getting him on lead.  By the time I had them both corralled, the woman was next to us.

I apologized profusely for my dogs' behavior, and explained that Frio is deaf.  She made a "poor baby" expression regarding Frio, but, despite her graciousness, I still felt humiliated.  I cannot let that happen again, and I must find a way to convince Frio that his barking, aggressive behavior is not acceptable.  I also have to teach Willow to retrieve her brother when he gets too far ahead of us.  The experiment continues. 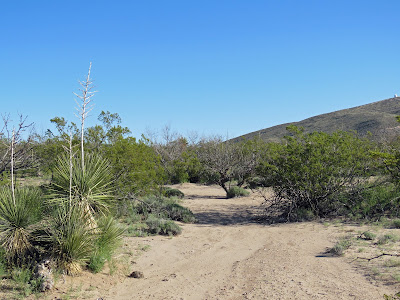 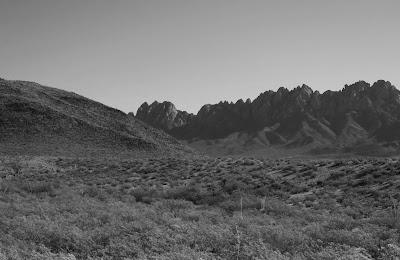 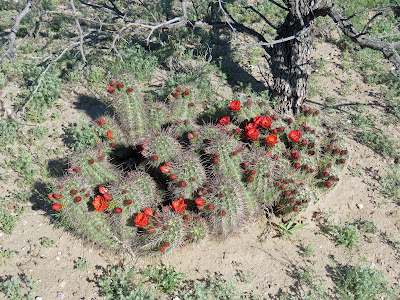 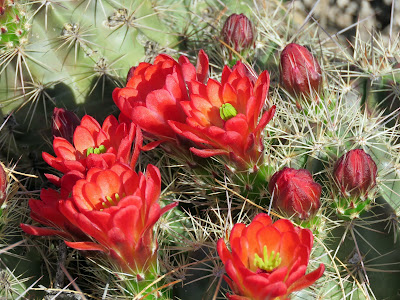 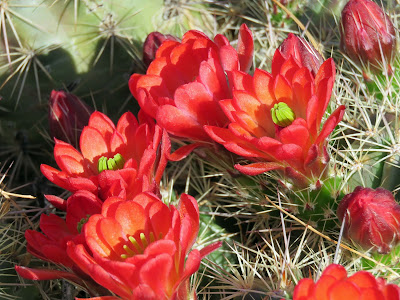 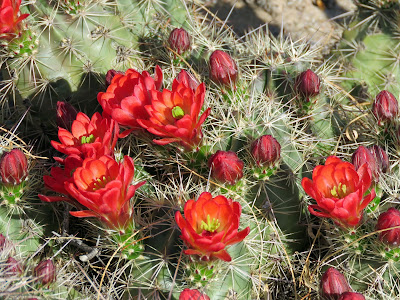 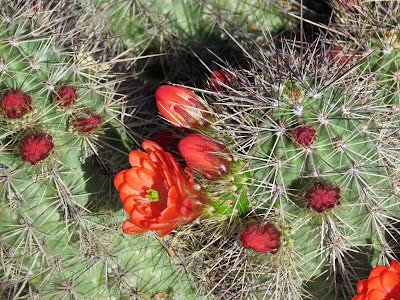 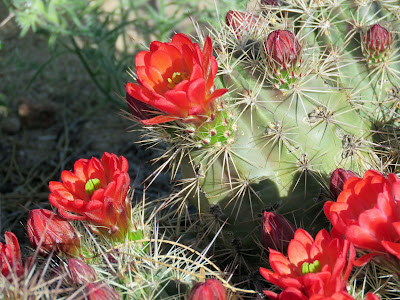 Lovely photos of the claret cup cacti. And of the heelers, of course! 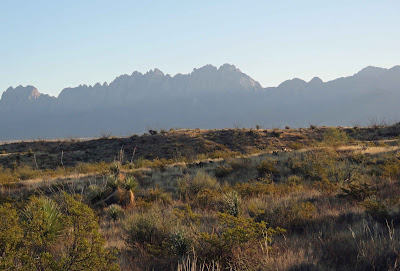