The four of us got a fairly early start on a hike out of the Monte Vista area on Tortugas Mountain's east side.  Not long after rounding the first bend the woman with the Giant Schnauzer came up behind us; fortunately she had her dog on lead and the Heelers were pretty well behaved as they passed.  Not so much near the end of our trek.

Choosing not to follow the woman and her Schnauzer we took the trail that heads due east toward the Organ Mountains before looping back around to the west.  As we came down out of the hills we spotted Ms. Giant Schnauzer woman heading back the way she'd come.  When we entered the large east/west arroyo to avoid her and her dog the GS (Giant Schnauzer) appeared close by--loose, of course.  Fortunately her dog is pretty gentle, and although he growled a few low growls at Willow, who was whimpering to get at him, he seems pretty unaggressive.  He was wagging his six-inch stub tail noticeably, and I let Willow approach.  She stood on her back legs with her front legs on his head.  GS then went to greet Frio, who also stood on his rear legs with front paws on the Schnauzer's head.  It wasn't until the woman showed up in the arroyo to reclaim her hound that the Heelers began barking loudly.  Fortunately they weren't too aggravated by the encounter, and we all went on our merry ways.

We were surprised by the large number of vehicles in the Monte Vista lot when we finished up this morning; again it's apparent that many people are determined to weather our current coronavirus crisis by taking advantage of what nature has to offer. 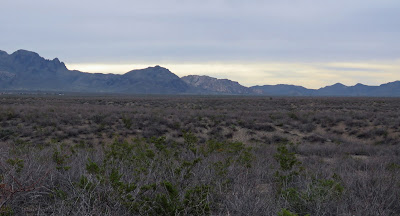 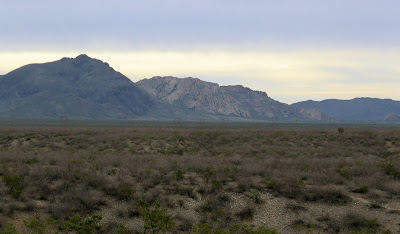 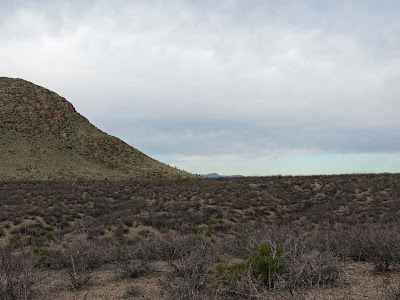 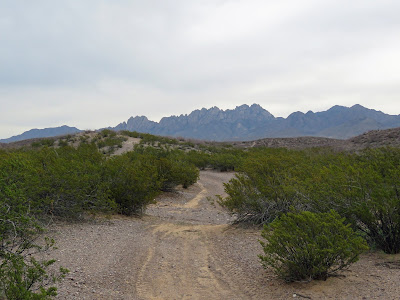 I like the photo of Soledad Canyon Road with the mountains in the background.