Before we left this morning we noticed an air alert advisory on Weather.com warning that there would be smoke in our area today.  Later a weather guy on the radio said we'd have smoke from the fires in Arizona.  Truthfully, though, it wasn't as bad out there today as yesterday.

Dr. K, Frio, Willow and I did our normal hike, popping into the Second Arroyo for a shade and water break.  After I took a few photographs we headed back to the waiting CR-V.

The archer had been target practicing down near the major east/west arroyo, but had paused during our approach.  When we came abreast of him I thanked him for waiting patiently for us to pass.  "No problem," he said, "I need to take a break every once in a while."  Really nice guy.  That was it for our morning trek, which was short, but enjoyable. 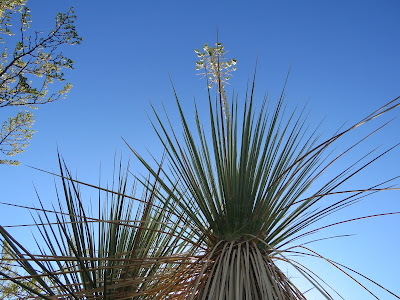 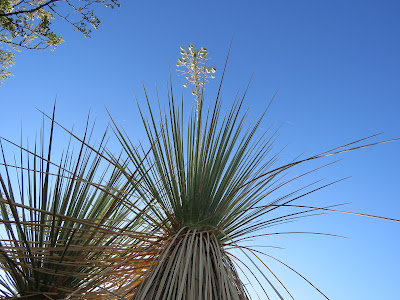 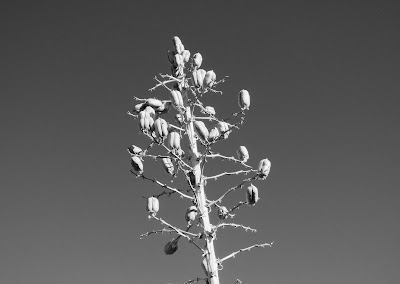 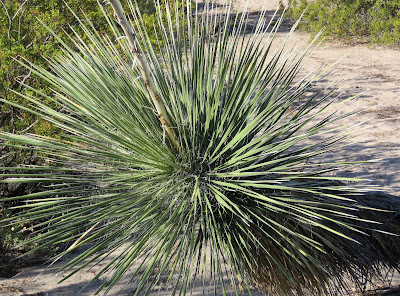 I like the photo of the grackles on the telephone line. Good angle. 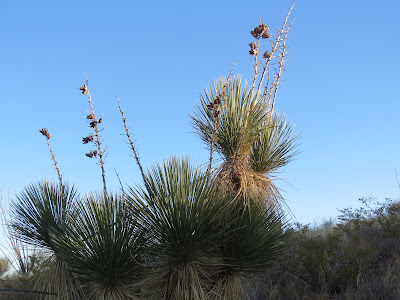