We're headed for 105F today, and it felt like it this morning when Dr. K, Willow, Frio and I hit the trail in our little corner of the northern Chihuahuan Desert.  There wasn't even a breeze to help moderate the heat.  Even the archer was leaving in his white SUV when we were nearly at the end of LDR-A down by the east/west arroyo.  When I yelled to him, "Got an early start, did you?" he said, "You have to now."

Other than a guy on an ATV who zipped up the long dirt road far ahead of us we saw nobody else out in the desert, the floor of which felt like a skillet.  Nevertheless we did trek all the way up to Second Arroyo where we ducked in for a quick shade and water break.

Took too many photos of a male Scott's Oriole on several different yucca stalks, and I ended up posting too many here.  That's what happens when it's too damned hot to spend time looking for other subjects. 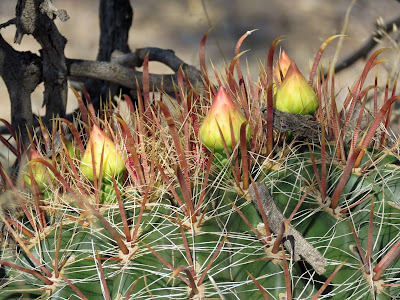 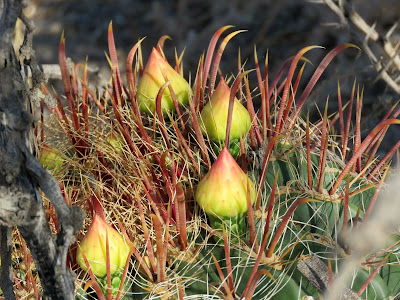 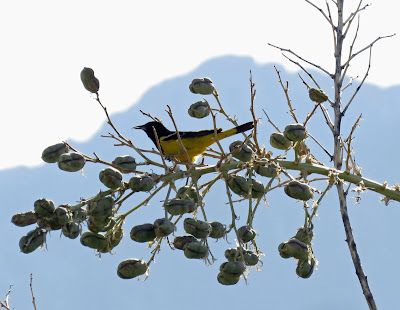 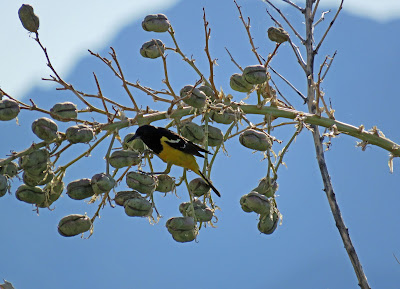 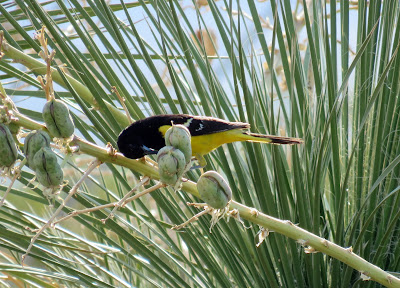 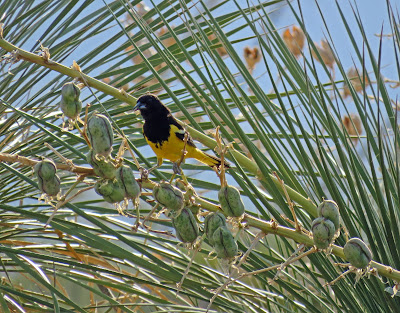 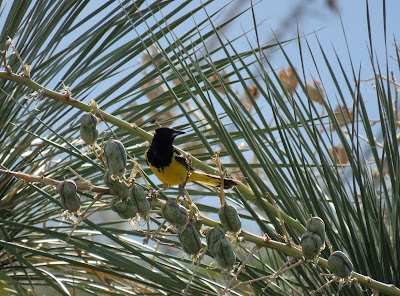 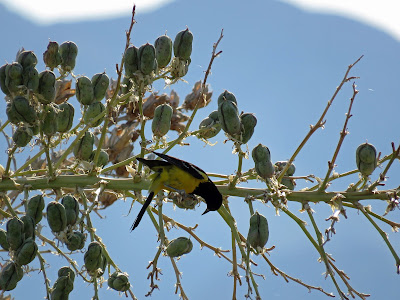 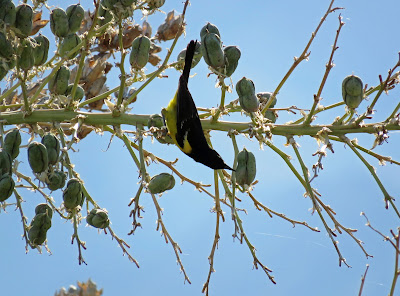 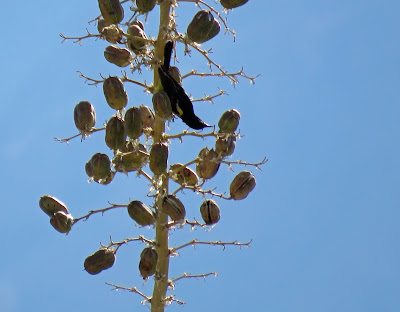 Lovely photos of the Scott's Oriole. My favorite is the 4th one you posted. 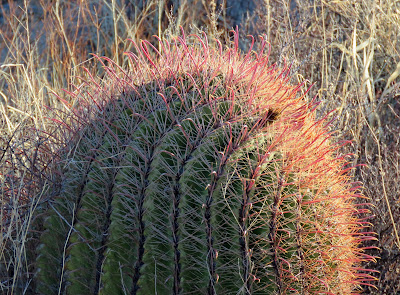