Just as Dr. K and I were about to step out of the CR-V at the trailhead with Willow and Frio two careless people--a man and woman with three loose dogs--crossed Tellbrook Drive and started to cross behind our vehicle.  I powered the driver-side window down and was about to say something, but changed my mind when the woman said, "Good morning."  Our Heelers went ballistic when the three dogs lingered behind the rear window.

Because the stupid hikers who had no control of their loose dogs were heading down LDR we decided to take a different route, following the upper flatland road east to the spot where it crossed Tellbrook and picked up on the south side of the pavement.

We trekked along the loop that heads south/west/north almost to the point where it intersects Tellbrook again, and then headed back the way we had come.  Fortunately the irresponsible people with the loose dogs were nowhere to be seen.

It doesn't bother me if people have their dogs off lead as long as they can control the canines, but having three dogs scattering every which way while they try to decide where they're going is simply beyond the pale. 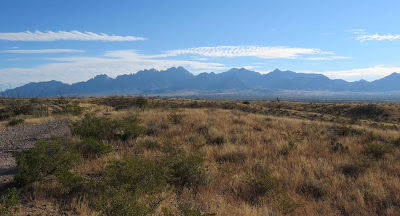 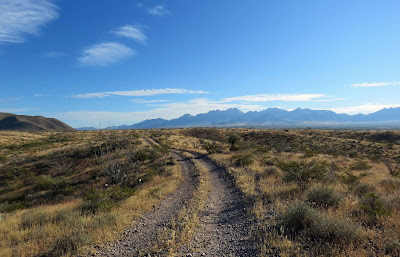 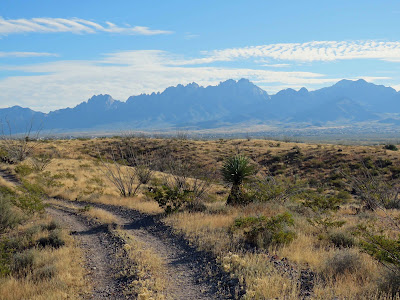 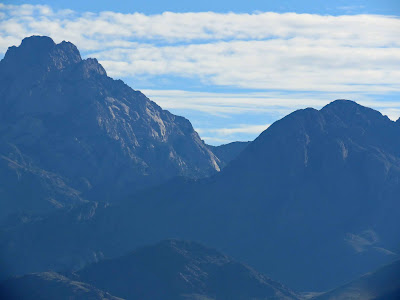 I really like that second photo of the Organ Mountains. 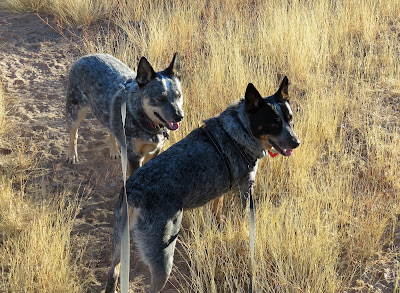