We knew right away that we'd have to abbreviate our hike this morning; as soon as we stopped in the dirt pullout off of Tellbrook we could see some moron in an SUV creating a dust tornado in the major east/west arroyo down below the long dirt road.  He may have been stuck and was trying to get his vehicle out or he may simply have wanted to create havoc in the desert.

We decided to hike along the high flatland and descend LDR-A part of the way, which we did.  We turned around after the Heelers took care of business and ascended to the spur road, following it to Tellbrook before crossing back over to the waiting CR-V.

Before we climbed in we noticed another SUV parked in the middle of LDR, and we wondered if this was the idiot who had been target practicing on the yellow refrigerator some miscreants had dumped several months ago or the imbecile who'd been setting off sticks of dynamite a few weeks back. 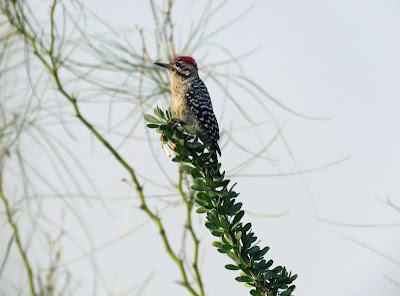 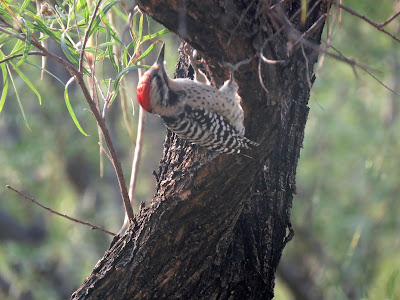 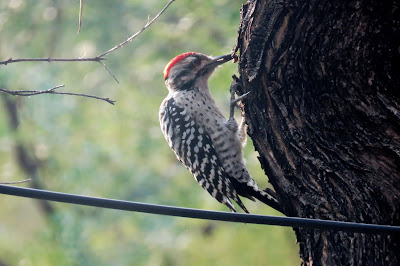 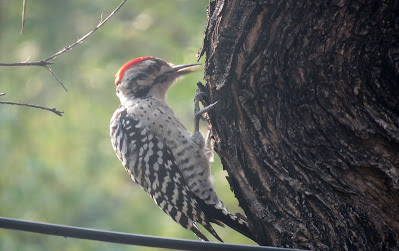 Fantastic photos of the Swainson's Hawk and the Ladder-backed Woodpecker.