We had just started up LDR-A when Dr. K called our attention to the Western Diamondback Rattlesnake that Frio, Willow and I had just walked past;  it was a nearly 3-foot long rattler taking an early morning nap in the warm sand.  After I took photographs of it I tried getting it to move by tossing three small sticks its way.  I did that because we had spotted two people heading in our direction, and we didn't want them to have a rude awakening.

Since the snake didn't move we waited for the man, who'd been  jogging ahead of the woman, to reach us; Dr. K warned him about the rattler, and he walked back to pass the message on to his wife.  As they passed, the woman said to us (referring to the snake), "Sometimes it seems like they pop up out of nowhere."  After we'd been back on the trail for a short while I looked behind us and saw the man and woman stopped at the spot where we saw the snake; from the way they were standing I assumed the serpent was still there.

The four of us hiked up to Second Arroyo and ducked in for a brief shade and water break.  It was already quite hot in the desert (we're headed for a high of 102F) so we started back after our short respite.  It always feels good to hop into our waiting CR-V and crank up the air conditioning for the short ride home. 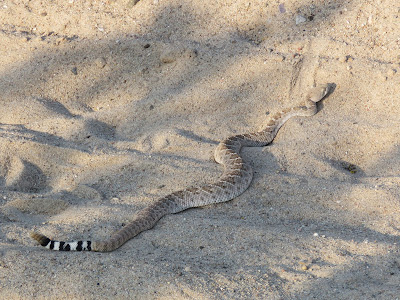 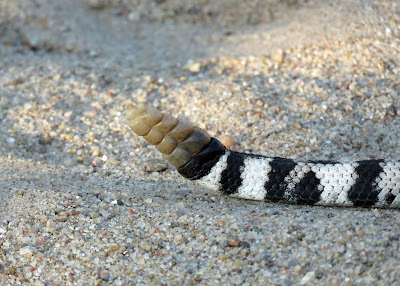 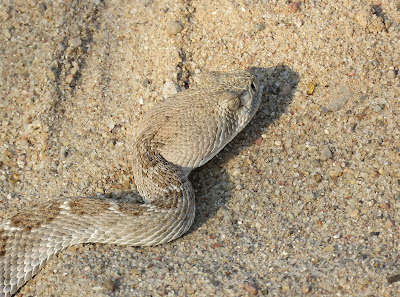 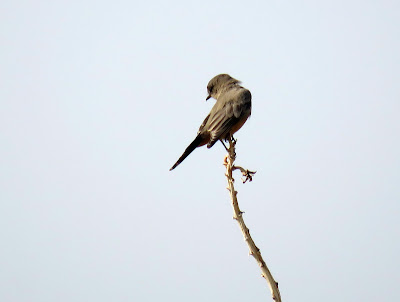 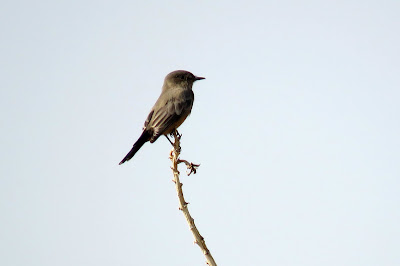 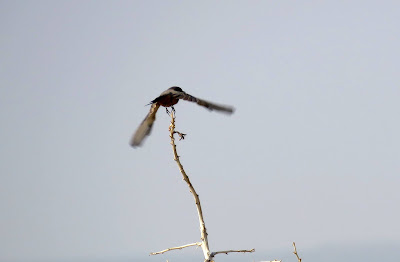 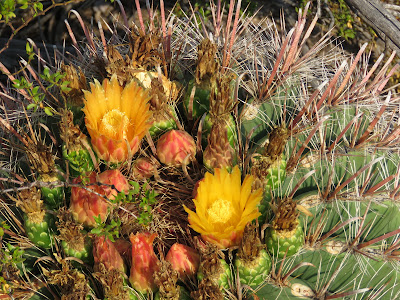 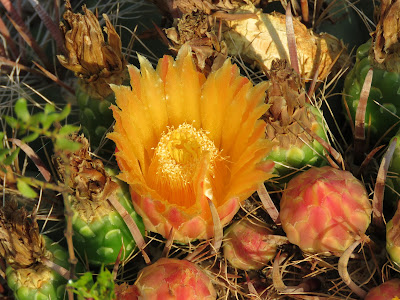 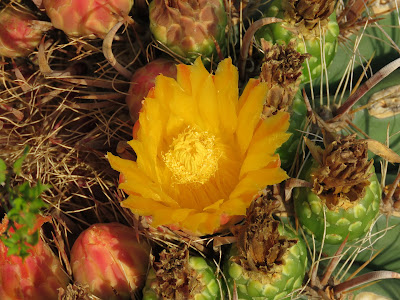 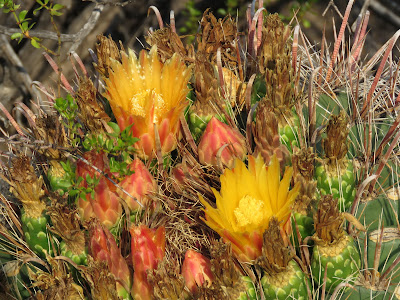 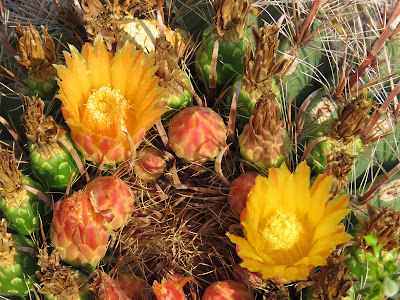 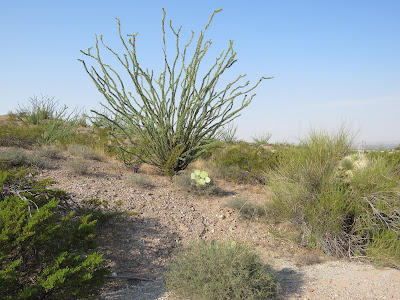 Excellent photos of the rattler, especially the close-ups of its head and rattle.