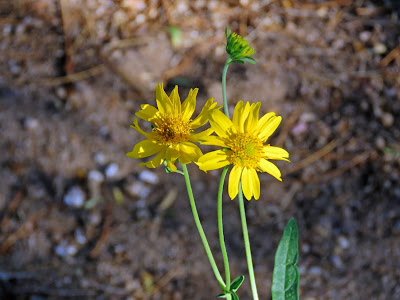 We had to abort our morning trek today because just before we pulled onto the dirt road off Tellbrook a guy in an old Chevy SUV with five or six pitbulls hanging out of opened windows turned in ahead of us.  When we followed, and parked in the spot we use every morning, we saw that he had stopped in the middle of LDR, and, I guess, was going to stay there while letting his dogs run free.

Obviously that changed our plans, so we drove over to the dirt parking area at the corner of Tellbrook and Sonoma Ranch.  Just as we started walking east along a dirt road some guys in a Jeep with two barking dogs in back drove past us.  We had no idea about how far they were going so we waited until Willow had done her business and headed back to the CR-V for a short ride home.

This was not the outing we had in mind for today, which will necessitate me playing with Frio for a longer spell than our usual 30-40-minute playtime.  If I have him fetch a ball for an hour or so it might deplete his battery by about 2%. 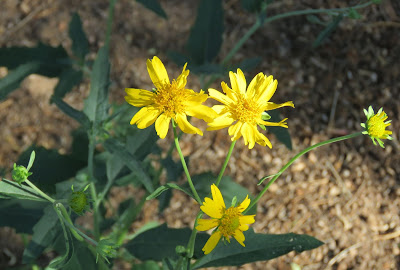 I really like the second photo of those yellow flowers.