A little later start than usual this Sunday morning, but the day dawned fairly cool (69F) and a slight breeze helped ameliorate the heat; it was, however, quite humid from last night's rain.

We saw several people out there today--a dirt biker and a runner--but we didn't encounter either one.  We also watched a black pickup truck descend LDR, turn left into the major east/west arroyo ahead of us and drive out of sight.  When we were halfway up LDR-A the black pickup sped up the long dirt road and disappeared over the ridge.

When we got home we gave both Willow and Frio a bath (in that order) and were very happy when the ordeal was over.  Willow is good about being bathed, but Frio is an absolute wild man.  He doesn't run away, but he makes the whole process about five times harder than it has to be.  Now--hours later--both Heelers look spectacular in their new clean coats. 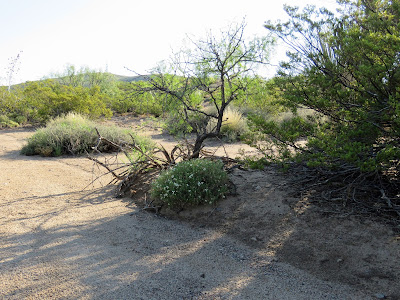 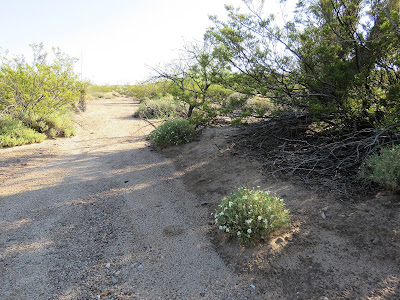 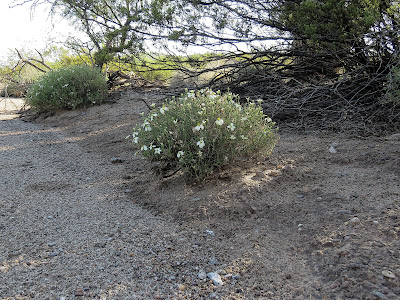 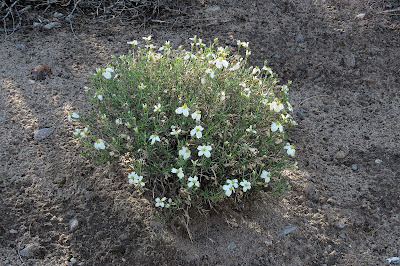 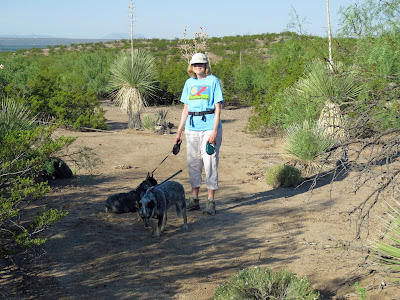 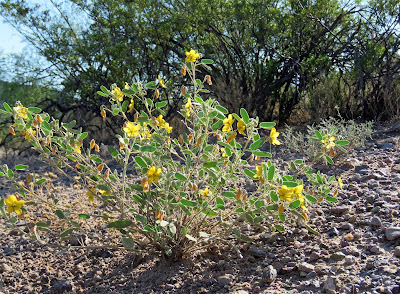 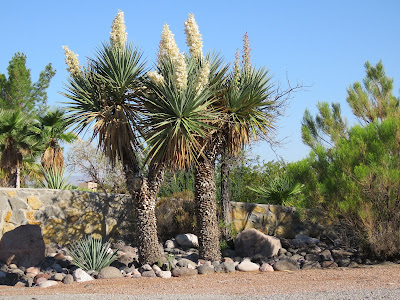 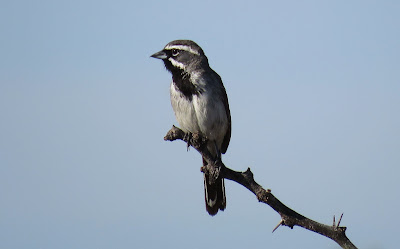 Nice photos of the desert blooms. It's nice to see more desert plants blossoming because of the rains we've been having.