Just as we turned into the dirt pullout off Tellbrook I noticed just across the road the man and woman who hike with five Basset Hounds.  Since I didn't have time to let Frio and Willow out and still get ahead of the hikers I decided to wait.  Knowing which way they would pass, I yelled to the people, "I'll wait until you go by."  The man said, "We're going down the dirt road and then left into the arroyo."  Although Frio woofed a few times at the hounds both Heelers were surprisingly well behaved.

After the troop had disappeared down the steep decline we started off on LDR-A, crossed the Tellbrook Arroyo and headed straight up LDR on the long shot to Second Arroyo.  While we were taking a water break there I saw a loose dog up on the southernmost east/west dirt road.  I put the Heelers back on lead when I spotted a woman with another loose dog.  That's when I decided it might be a good idea to bushwhack over to First Arroyo at least, with the option of continuing up onto the ridge south of the arroyo.  As it turned out, though, we were able to depart via First Arroyo because the woman with the dogs had disappeared.

We were able to follow LDR back into the upper flatland without seeing anybody else.  What I did see, however, as we were driving out was the Scarlet Hedgehog Cactus (Echinocereus coccineus) pictured below; so I had to stop and take photographs before departing for home. 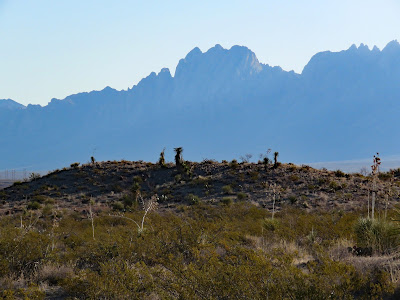 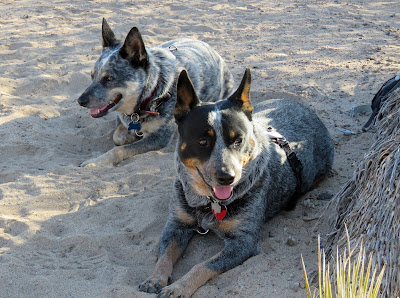 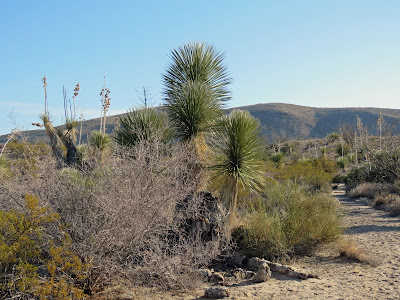 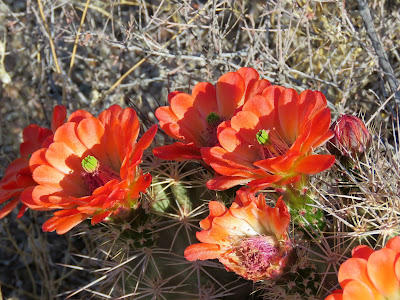 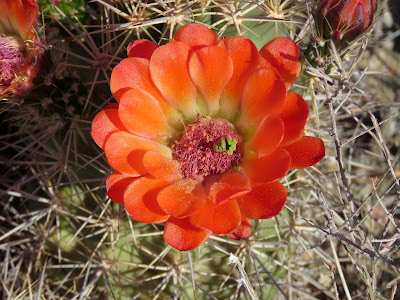 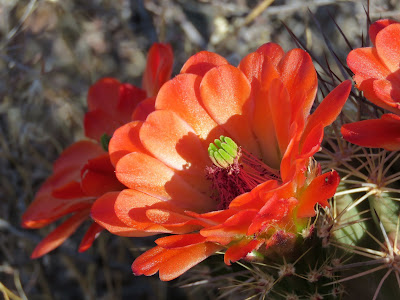 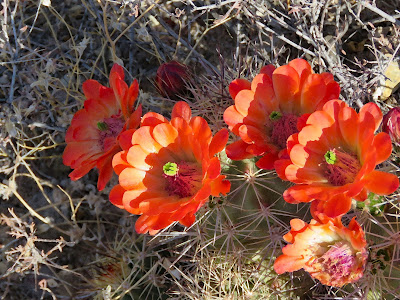 I love those photos of the Scarlet Hedgehog Cactus. I always look forward to the spring and summer because that's when the cacti start to bloom.