Same hike as yesterday except we reversed our arroyo visitations; we entered Second Arroyo, stopped for shade and water, and then bushwhacked over the desert hill into First Arroyo.

On the way back we encountered a man and woman (presumably husband and wife) who we see fairly often out there.  They're a very friendly couple, and we exchanged greetings; the man asked how the "pups" are doing.

When we reached the high flatland and were crossing back to our CR-V we saw a small SUV parked on the south side of Tellbrook; we were pretty sure it belonged to Mr. and Mrs. Big Hat, and, indeed, we saw them hiking LDR down in the valley just past the Tellbrook Arroyo. 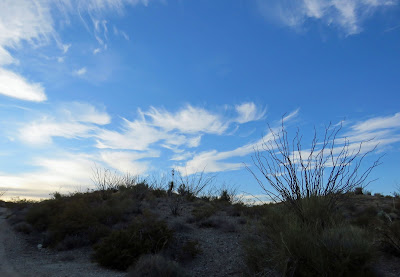 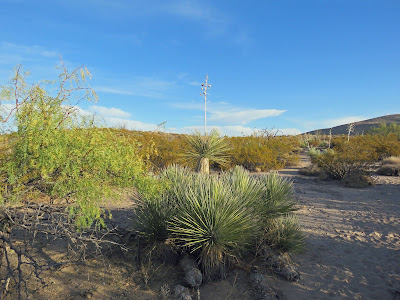 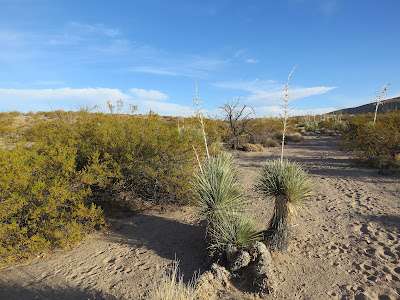 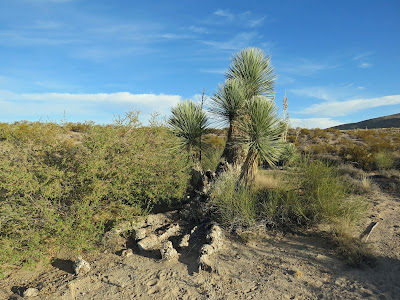 I like the first photo of the Long Dirt Road. It shows the landscape that we walk in every morning.