I kept the morning trek relatively short today because of Tuesday errands I like to take care of early, especially the grocery and supply shopping at Target and Albertsons.  Almost as soon as we started out on the trail west of Tortugas Mountain we had to stand aside to let some douchebag on a deafeningly loud dirt bike pass; the ass didn't even slow down to go between several boulders blocking the path from motorized vehicles.  I found myself wishing he'd dumped the bike, then immediately 'not' feeling sorry for the sentiment.  I have little patience for aggressive noisemakers.

The rest of the hike was fine, though, despite several encounters with mountain bikers.  The first of them--a guy on an expensive bike--thanked us for stepping off the trail to let him by.  We saw distant hikers climbing the mountain, but encountered nobody else.  Although we're supposed to be slightly cooler than yesterday (83F rather than 86F) it felt warmer out there this morning, perhaps because the overnight temperature didn't drop substantially, or, alternatively, because there might have been more humidity in the atmosphere.  Regardless, both Becca and I had a good time on our desert trek, and I had a bit more success photographing flycatchers today. 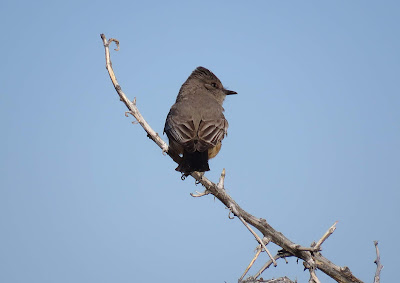 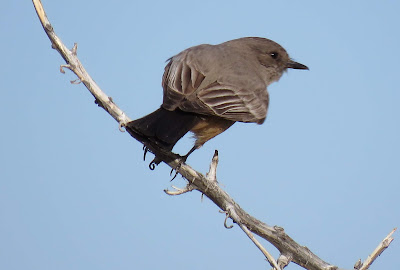 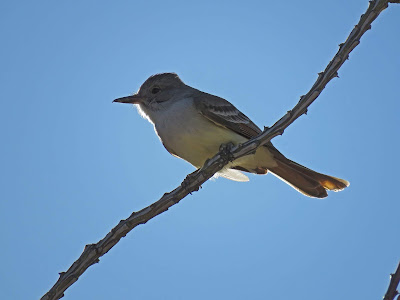 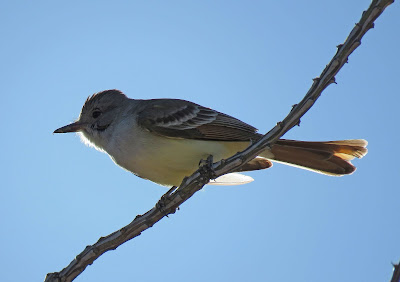 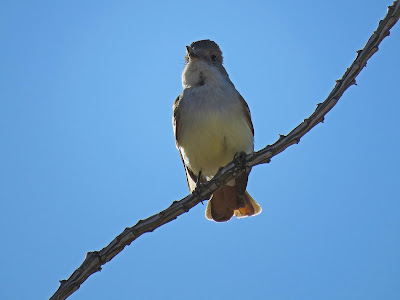 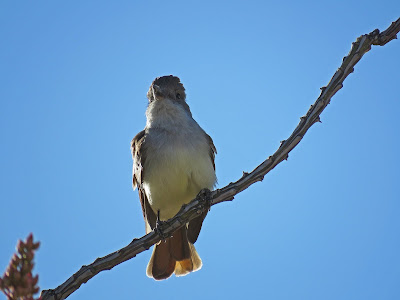 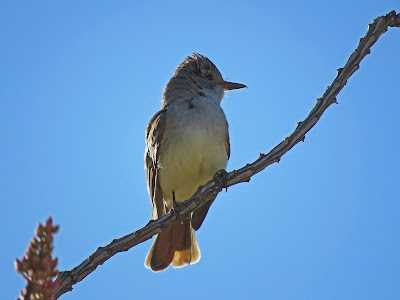 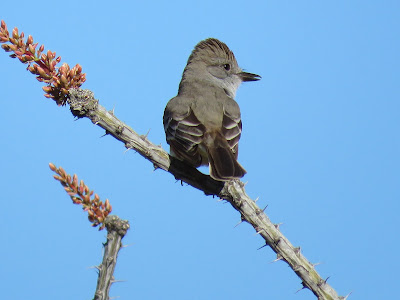 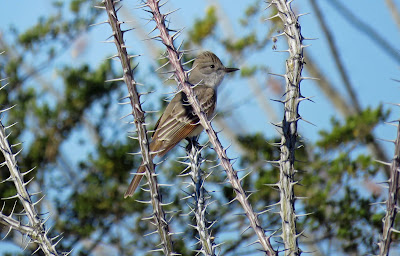 Great photos of the flycatchers--I really like their crown of feathers.