Willow, Frio and I had a pleasant hike up to Second Arroyo on a relatively chilly morning in the northern Chihuahuan Desert.  After a brief respite there we bushwhacked south over and through First Arroyo and up to the ridge above it.

We hiked west along the ridgeline, and then headed southwest until we intersected LDR not far north of the Tellbrook Arroyo.  Back on the dirt road we encountered the man and woman who run/walk out there almost every Saturday.

After a brief chat with them--during which the woman asked how Dr. K is doing--we all parted company, the man and woman headed north to the southernmost dirt road around Tortugas Mountain, and Frio, Willow and me south to the upper flatland.

Both Willow and Frio were extremely well behaved this morning. 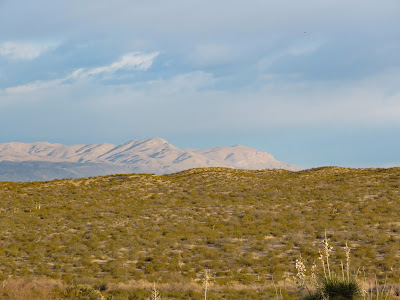 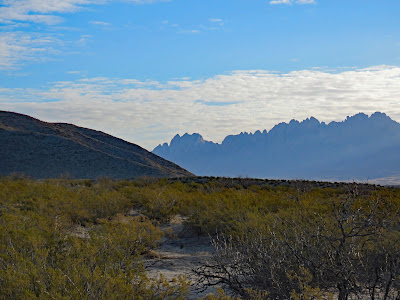 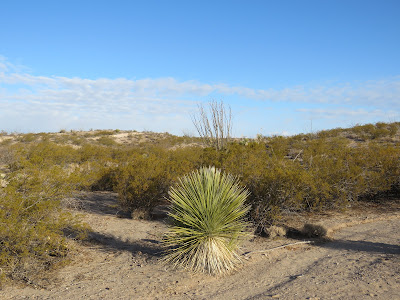 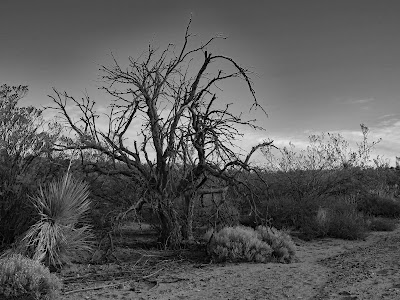 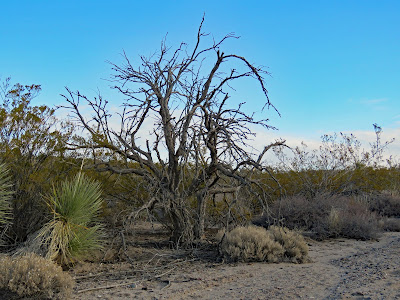 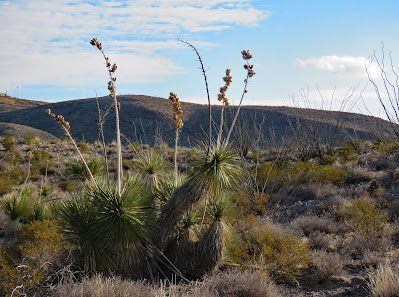 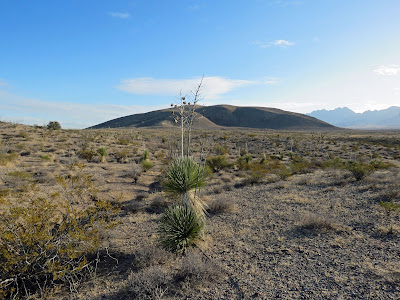 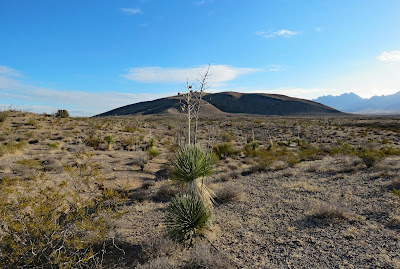 I really like the first 2 photos of the rolling desert from the upper flatland.

Cloud over the peak One of these days I'm going to get the Heelers under control so they don't have to drag me forward while they... 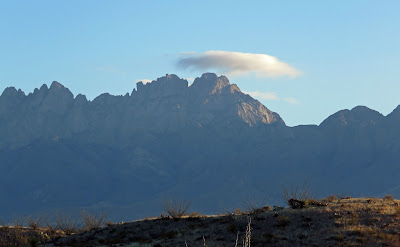