It was quite overcast when we headed out this morning, so we didn't expect the temperature to rise as quickly as it did.  Both Dr. K and I were a tad over dressed for our morning excursion.

While we trekked up toward First Arroyo we spotted somebody coming up behind us, and we ID'd him as the runner we often see out there; eventually we had to step off the road to let him pass because both Frio and Willow wouldn't stop looking back at him.  He even made a comment about how they were watching him when he finally passed by.

After a respite in the arroyo we made our way back only to discover the man who had come up behind us on the outbound leg was coming up behind us again on the inbound.  We decided to bushwhack to the west of LDR until he was substantially ahead of us; and then we got back on the long dirt road for our final push into the upper flatland. 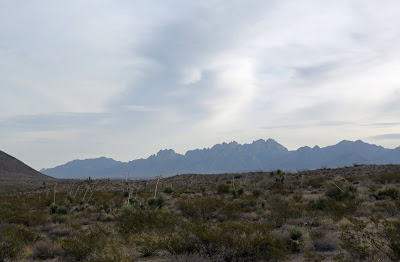 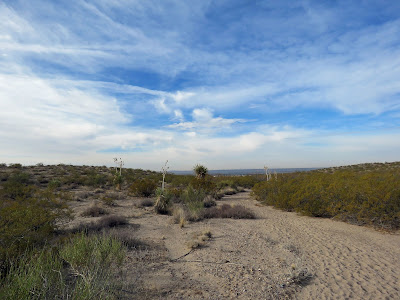 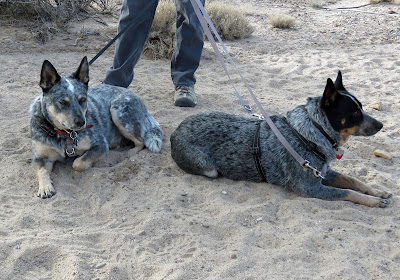 I like the photo that you call "Tree" and the way it fits into the landscape surrounding it. 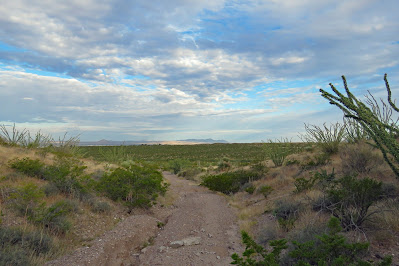