I started off fairly early on a cloudy, humid morning here in the northern Chihuahuan Desert, and I got sprinkled on briefly as soon as I began hiking.  The precipitation didn't last, though, and I never felt a drop the rest of the way.

I ran into a friend, Pete, who was running with a full pack sporting a ground pad and using two spring-loaded hiking sticks for support.  When he stopped to talk he told me he was training for an end-of-October run on the Monumental Loop.  If you don't know what that is check it out here:  https://bikepacking.com/routes/monumental-loop/

Later in the trek, when I was headed back on the mountain road near the old white shack, I encountered Renee and his dog, Rayo, who were headed east on Geothermal Road.  Renee suggested we hike back to the Sunset Area together.  It was very kind of him to let me spend extra time with Rayo, suggesting it was my "dog fix" for the day.  And, indeed, it was just what I needed this morning. 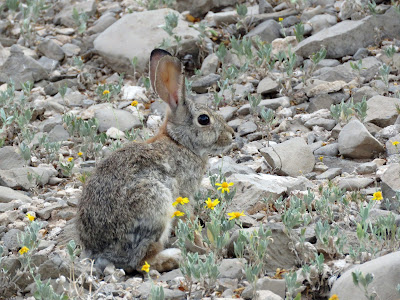 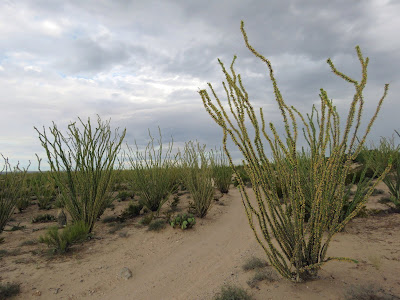 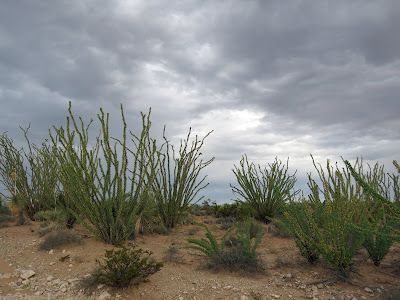 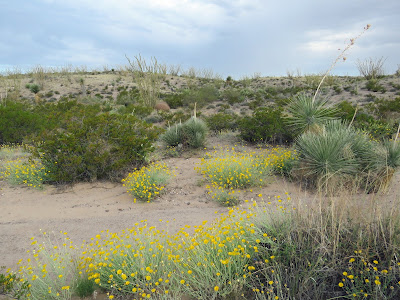 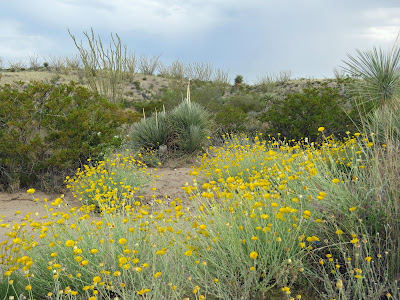 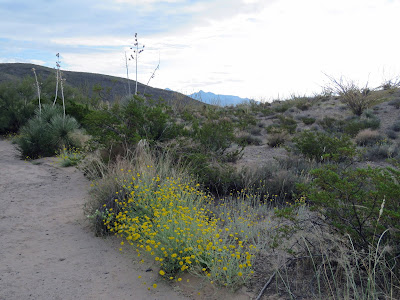 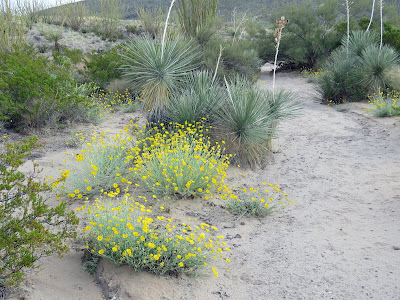 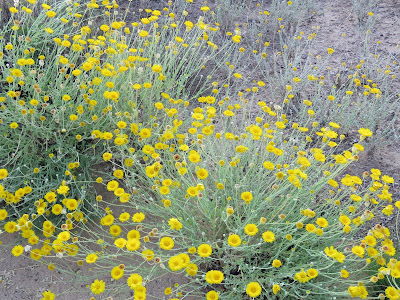 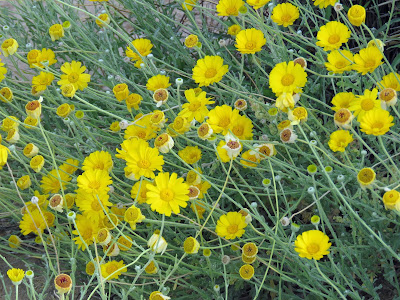 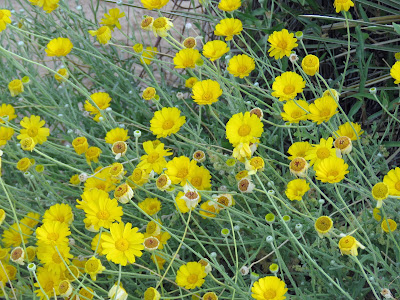 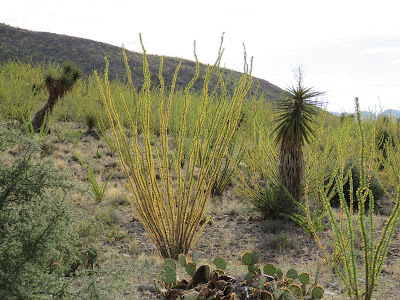 The desert marigolds are so pretty--the rains have treated them well. I like the photo of the American Kestral.