Got an early start on a trek that lasted far longer than I intended; I ended up bushwhacking through an area of the desert that I like very much.  What prompted me to go further were javelina tracks I found in a distant arroyo, so I did some climbing over nearby hills to see if I could discover a herd of the peccaries where I'd seen them before.  No luck.

I did luck out, though, while I was heading back along an old deer trail on an east/west ridge.  I was looking north, but when I turned to survey the area to the south I saw what, at first, I took to be a Red-tailed Hawk.  It was perched on a Torrey Yucca saber, and nearer to me than I'd ever been to a raptor:  less than 25 feet away.  It stayed put for quite some time while I took photos.  It wasn't until I got home and inspected those images that I realized they were of an immature Cooper's Hawk, probably one explanation why it wasn't compelled to leave when I showed up.  Most Redtails would have taken off earlier.

Back near the road my buddy Jimmy called out to me; he was headed up, but kindly backtracked so we could palaver a bit before going our separate ways.  So today's outing was a good, long hike in the northern Chihuahuan Desert. 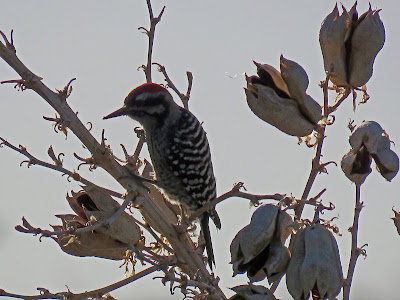 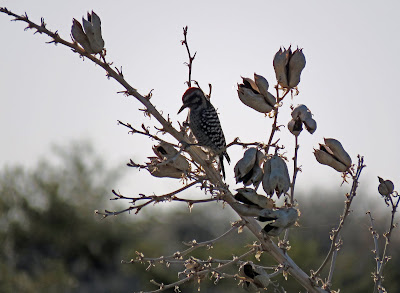 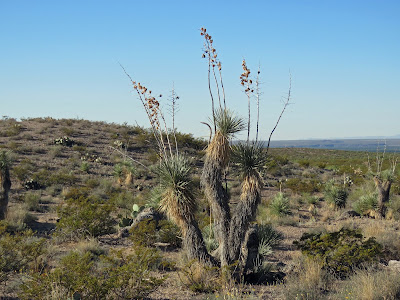 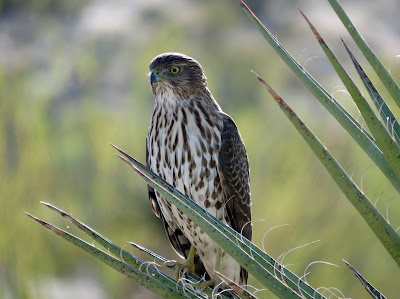 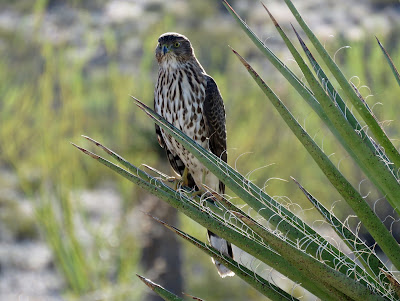 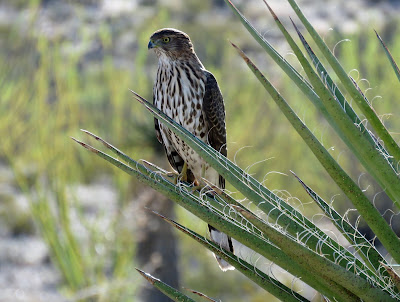 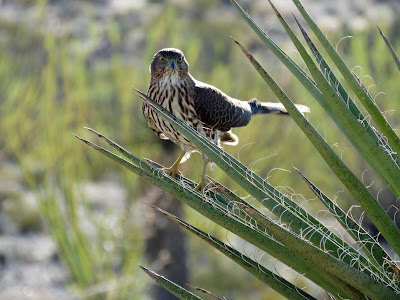 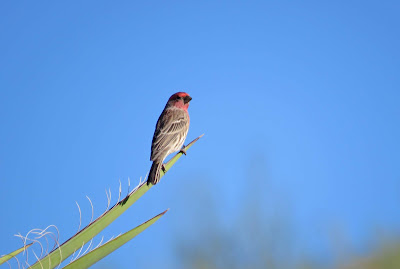 I'm glad you had a good hike, Packrat. Really striking photos of the Ladder-Back Woodpecker and the Cooper's Hawk.