26F at start, with a wind chill of 21F.  It was cold enough for me to wear an ear band and to don my gloves as soon as the Heelers and I began our morning hike.  At least the sun was shining brightly, thereby ameliorating the cold somewhat.

We trekked down LDR-A, crossed over to the new arroyo, and then did both the left and right branches before heading out on the steep hill just west of the upper flatland road.

Both Frio and Willow were straining at their leads as we hiked today, picking up on numerous scents that overrode their critical thinking skills and allowed them to pull despite being held back constantly.  Wish they'd use their heads for something other than sniffing and trying to spot critters. 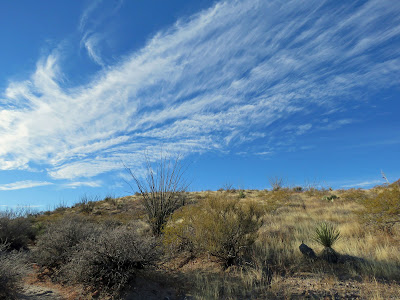 Those last 2 photos of the clouds (contrails?) are really striking. 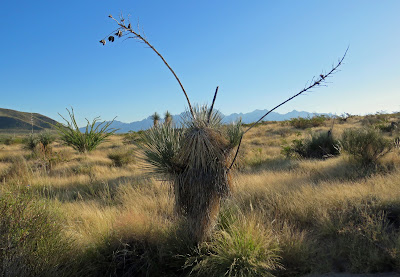