Abbreviated the morning hike today a little due to the heat; we're headed for a high of 101F this afternoon, and it felt as if we were a good way to the mark while we were out there.

We crossed the Tellbrook Arroyo, headed east along a trail that parallels it, and then struck north through a mesh of minor arroyos whose trees provide several shady spots to stop for respite.  We did just that.

After a water break we began to retrace our entrada, but veered to the west and followed a few animal trails back to LDR where we turned south and began the long climb up LDR to our waiting CR-V.  I don't believe either Frio or Willow was disappointed by the shorter outing. 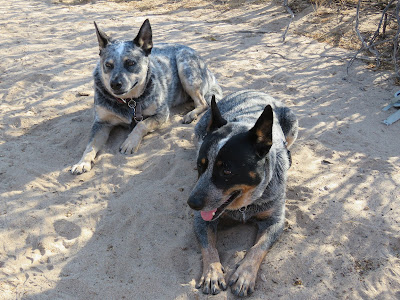 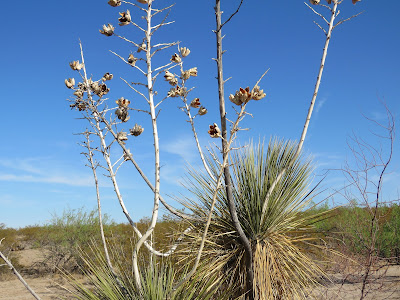 It's nice to see such bright flowers on a very hot day.