The air this morning was the worst I've ever seen it since we've lived here.  I believe it's dust trapped in hot air by a temperature inversion.  Smoke from the fires in the Gila and Arizona could also factor in, but I smelled nothing but dust while we were trekking up to Second Arroyo.

We took a water break there, and then hiked over the ridge into First Arroyo before heading back.  The wind today seems almost as bad as yesterday when it blew for hours upon hours, kicking up sand and dust.  Let's hope tomorrow morning is a lot better than today's air.

Dr. K left this morning for five days in Santa Fe with her good friend, Diane, who she grew up with in Tucson.  Diane lives in NYC, but loves to come out to northern New Mexico every summer. 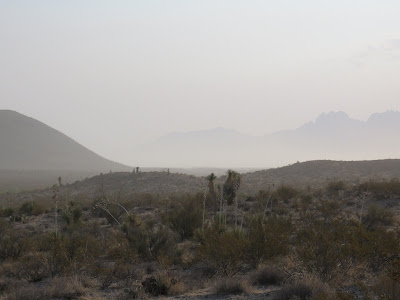 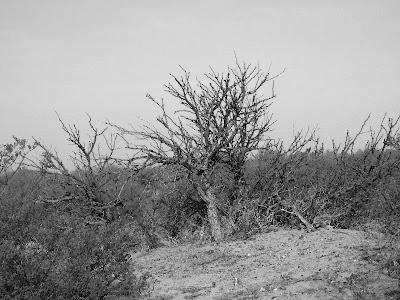 These photos really do show how bad the air is in this area. It’s bad in northern NM, too.