On the way down LDR-A I told Willow and Frio that if they kept pulling I wasn't willing to hike all the way to Second Arroyo with them; they didn't care, so I took them on a bushwhack through the desert, crisscrossing through a web of small arroyos until we found an appropriately shady spot to rest.

We all had a drink, and then they lay in the shadow of some mesquites while I took a few photos.  Afterward we bushwhacked west across the desert back to LDR, which we followed into the upper flatland.

Nearing Tellbrook Arroyo on LDR-A were the woman and man we've run into a few times of late; I hollered a greeting while waving to them.  The man waved back.  Both of the Heelers were excited by the interaction and wanted to head over to the hikers to say hello.  I nixed that idea. 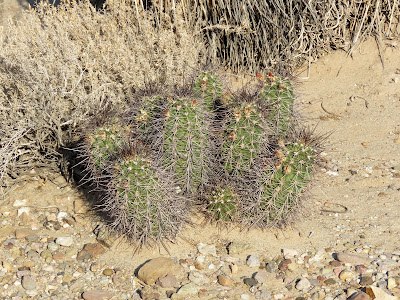 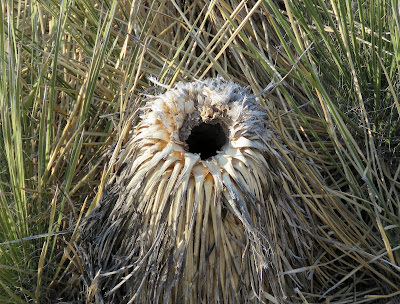 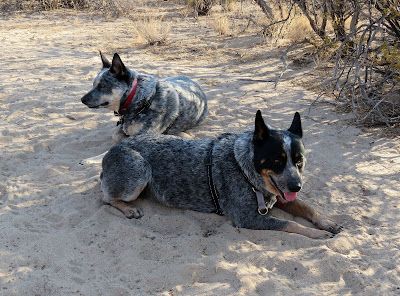 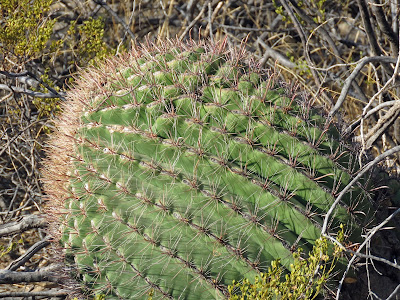 I like that close-up of the Soaptree Yucca. And of course I always love to see photos of Frio and Willow.